Comfort, strength and hope: the royal messages of Christmas 2020 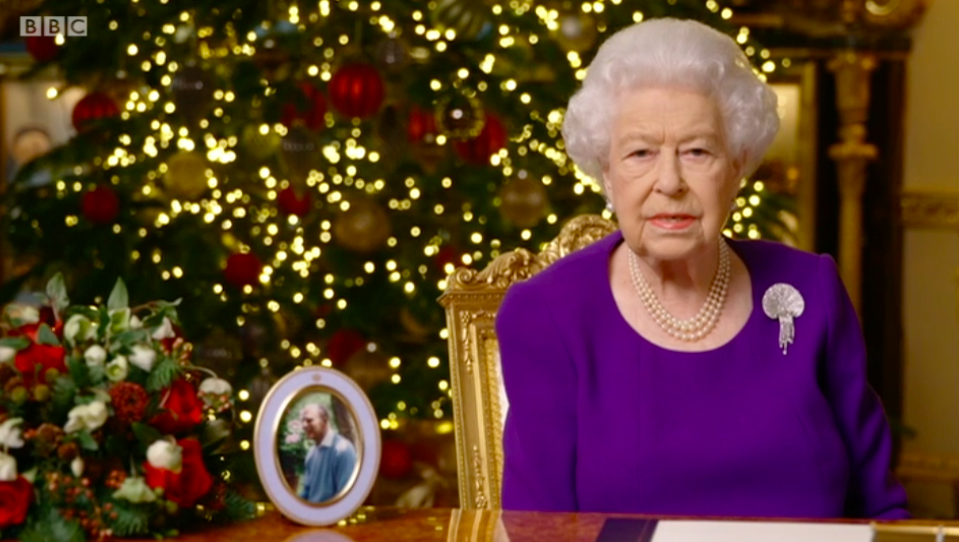 The countdown to Christmas is well and truly on as December gets under way. And amidst the many royal traditions associated with the festive season, the Christmas speech given by monarchs around Europe remains a high point for many. While always filled with seasonal greetings, they are also a chance to share reflections and often include rare personal messages and royal contemplations of the year just gone. This was perhaps more true than ever at the end of 2020 when the Christmas speeches of Europe’s monarchs took in the extraordinary time everyone was then living through.

The Queen spoke of the importance of hope in her address on Christmas Day 2020. She also shared her pride in all those who had done so much to help and support others during the most trying times of the pandemic and reassured those watching that they were not alone. But it was faith in the future that was her main inspiration, as she said “Even in the darkest nights there is hope in the new dawn.”

King Willem-Alexander of the Netherlands had warm words of comfort for those who were mourning lost loved ones after a year like no other. He also had heartfelt praise for those who had worked so hard in extreme conditions as the global health crisis took hold and he urged kindness and compassion as the world emerged into a new phase, saying “Love is patient and love is kind.”

Deep gratitude to frontline workers was also a key theme in the Christmas message of King Carl XVI Gustaf of Sweden in 2020. He urged everyone to continue to play their part in helping the whole country through the pandemic, suggesting even a phone call could help someone experiencing loneliness. And he encouraged everyone to place hope in the future and take comfort in all they had achieved in an extraordinary time, adding ” although we will look back on this year in different ways, we will also remember that we went through this ordeal together. ”

On Christmas Eve, Grand Duke Henri of Luxembourg had spoken of his personal loss during the pandemic, remembering his brother-in-law who died with Covid. He also contrasted the sadness with the moments of joy that still peppered all lives, thanking his fellow citizens for their warm wishes as he marked 20 years of rule in 2020. He spoke with pride of his new grandson, Prince Charles, and urged everyone to remain optimistic, saying ”It is important that we do not give up on believing in ourselves and thus shape our future positively.”

There was a personal tinge to the Christmas Eve address of King Felipe of Spain in 2020, too, as he referenced the importance of principles and ethical obligations in a thinly veiled reference to the scandals surrounding his father, King Juan Carlos, who had gone into self imposed exile just months earlier. King Felipe’s main focus remained rebuilding hope and confidence in the pandemic. He expressed deep sympathy to all those who had lost loved ones before looking to the future, saying ‘‘It will not be difficult for the year 2021 to improve to 2020. We are going to regain normality as much as possible in the workplace, in classrooms, in squares and in neighborhoods; in shops, in markets, in bars; in cinemas, in theatres; in the everyday life that shapes the character of a society like ours. It’s what we all want.”

King Philippe of the Belgians put his focus on the younger generation in his Christmas Eve address for 2020. Hope was again central to his message as he reflected on how hard Christmas would be for many as bubbles and isolation meant forced separations. But he spoke of building a better future and reached out to the young, saying ”I know you are having a hard time. We ask a lot from you, and it is true that your life has been put on hold. But soon all this will be over, and you can spread your wings again, make your dreams come true. And you give us inspiration to work together for a better world.”

There was a very personal touch to the New Year’s Eve message of King Harald of Norway as he told his audience how much he and his wife, Queen Sonja, had missed hugging their grandchildren. He remarked that the pandemic had reminded everyone that they are stronger than they think and looked with confidence to the future, saying ‘‘ We must know with ourselves that we got through because we never gave up hope…hope will carry us all into 2021.”

Queen Margrethe of Denmark spoke for many in hew New Year’s address when she urged continued confidence in a brighter future. She reached out to all those experiencing loneliness and told everyone not to lose heart. Her final words were filled with encouragement, as she concluded “Tonight, we bid farewell to a strange year. We will not forget 2020. This year has been a trial by fire, but we have shown that when it comes to the crunch we can stand together, and we manage to find moments of light, in spite of deprivation and uncertainty.”We are now entering 2021. I hope the new year will be a year that brings us many joys and where we continue to remember to be there for each other.”

It was a wish shared by many around the world. And no doubt that message of hope will continue in the Christmas speeches of Europe’s monarchs in 2021.