Close up on the card that George, Charlotte and Louis sent their Gan-Gan 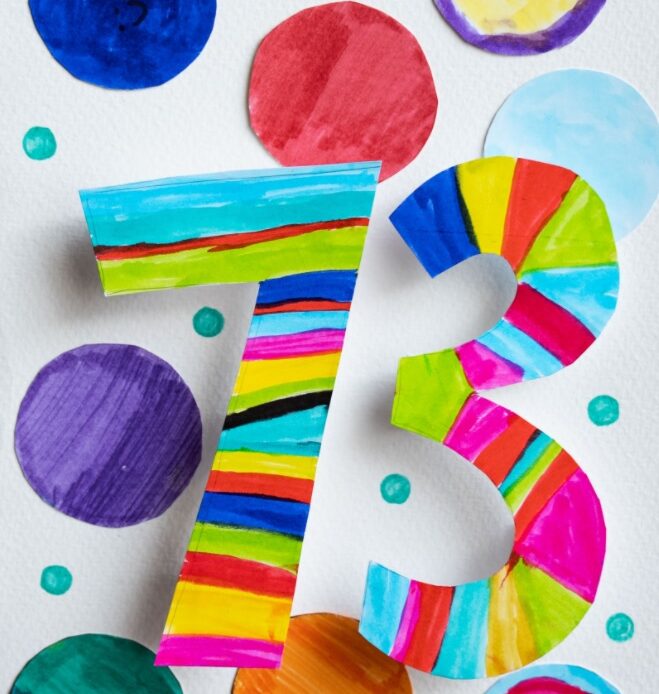 As The Queen and the Duke of Edinburgh celebrated their 73rd wedding anniversary, they had a rather important letter for their big day. In the portrait of the happy couple, released to mark the occasion, they are seen enjoying a card made by Prince George, Princess Charlotte and Prince Louis. Now the Duke and Duchess of Cambridge have given us all a closer look at this royal creation.

All the detail, from the rather neat ’73’ stuck to the front to the rainbow spots, are on show in a close up of the card. George, 7, Charlotte, 5, and Louis, 2, have gone for bright and breezy in their design with eight colourful circles displayed around the central number. And they clearly enjoyed their spot of arts and crafts because one of them has drawn a smiley face on a spot at the top of the card.

The creation of the third, fourth and fifth in line to the throne took a starring role in the official image shared to mark the 73rd anniversary of the Queen and the Duke of Edinburgh on November 20th 2020. The photo was taken at Windsor Castle by Chris Jackson of Getty Images.

The Queen and Prince Philip married in 1947 at Westminster Abbey.