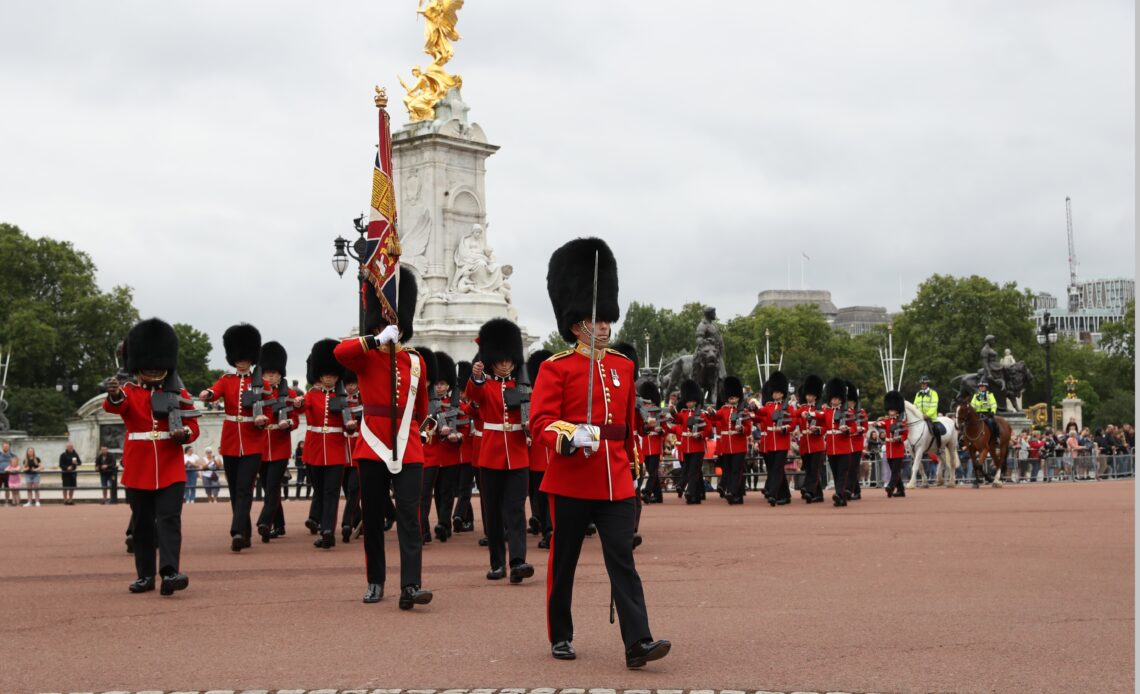 Fans hoping to watch the Changing the Guard ceremony outside Buckingham Palace this month may face challenges as building and other preparation begins for the Platinum Jubilee in June.

The Royal Parks shared the news on its website last week, noting that from 3 May, building will begin, and access to the front of Buckingham Palace will be limited.

Though the Changing the Guard ceremony will still occur as usual on Mondays, Wednesdays, Fridays and Sundays, a small viewing area will be erected and accessible on a first-come-first-served basis, and once the area is filled, there will be no overflow.

If no space is available in front of Buckingham Palace, the Royal Parks website notes, “The Guards can still be viewed en route as they make their way along the Mall from Marlborough Road, and there will be additional opportunity to view the new guard form up through the railings of Wellington Barracks, on Birdcage Walk.”

This disruption is expected to end by 20 June, though the Changing the Guard ceremony will turn into a daily occurrence from 7 June until the end of July.

Changing the Guard is a ceremony in which the Household Cavalry changes over protection of Buckingham Palace and St James’s Palace from the Old Guard to the New Guard at 11am.