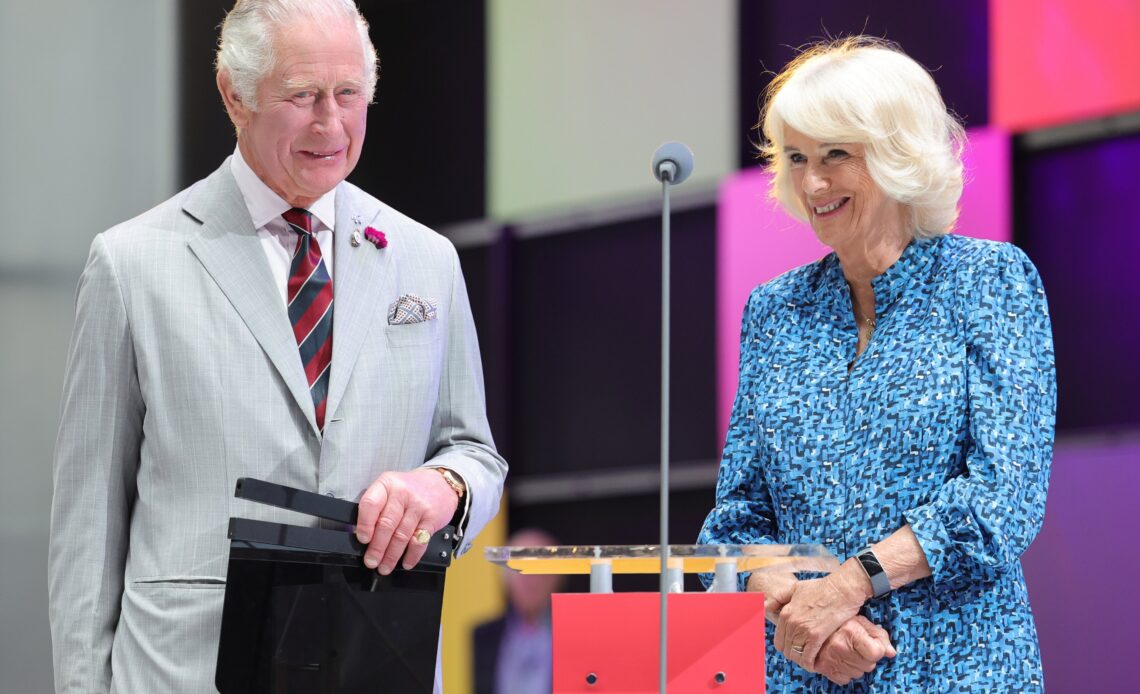 The Prince of Wales and Duchess of Cornwall were out in London for a festive afternoon in Notting Hill.

Charles and Camilla spent the afternoon at a preview event for the Notting Hill Carnival. The massive cultural event was cancelled in person in both 2020 and 2021 and held virtually due to the ongoing global health crisis, but it is returning to an in-person format in August.

The three-day carnival is a popular London event every summer, with over one million attending the event and over 50,000 performers. The weekend celebrates black and Caribbean culture and was first held in 1966. It is only second in size to Rio Carnival in Brazil.

Charles and Camilla met with many different performers and community members. They met with steel pan performers at The Tabernacle, and Charles even tried playing the steel drums himself but admitted: “I’m not much cop at this.”

Camilla chatted with visitors about the heat making it difficult to dance.

The festival features countless performers and artists, including dancers, musicians, and more; Charles and Camilla were greeted by stilt walkers as they entered. There is also artwork on display, including a Platinum Jubilee-themed chicken-wire sculpture by Carl Gabriel.

They also met with Melissa Simon Hartman, a costume designer for the Royal Shakespeare Trust that started her career designing for the carnival, drawing on her Trinidadian and Ghanian heritage.

Notting Hill Carnival will be taking place from Saturday, 27 August to Monday, 29 August in London on the bank holiday weekend. It is free to attend the carnival.

This weekend marks a significant milestone for The Duchess of Cornwall; on Sunday, she will be turning 75. This has been a notable year for Camilla, with The Queen announcing her wishes that Camilla be known as Queen Consort when Charles takes the throne.