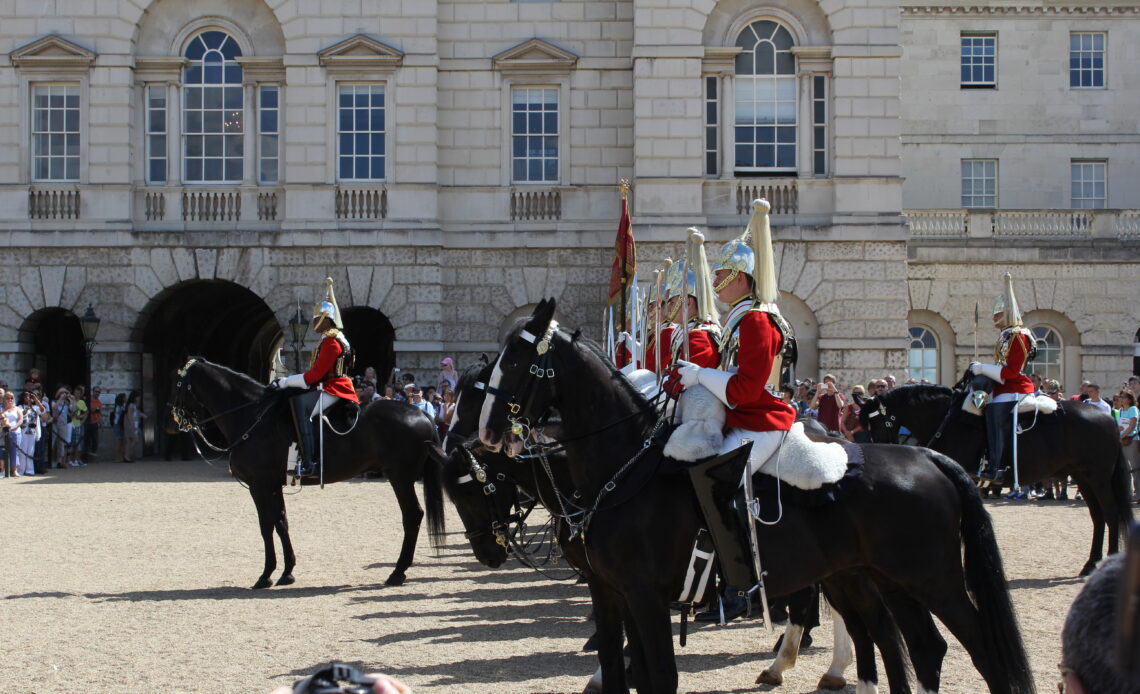 The Royal Regiment of Canadian Artillery Public Duties Contingent has formally been invited by The Queen to serve as The Queen’s Guard in the United Kingdom. They will be celebrating a historic anniversary.

The Royal Regiment of Canadian Artillery A and B Batteries are celebrating their 150th anniversary. In honour of their anniversary, The Queen has chosen them to serve for the next month.

From 4 October to 22 October, 90 members of the regiment will be serving as The Queen’s Guard at Buckingham Palace, St James’s Palace, the Tower of London, and Windsor Castle, including taking part in the famous Changing of the Guard ceremony. They were inspected at the Wellington Barracks in Westminster ahead of the 4th.

The Royal Regiment of Canadian Artillery is made up of several different regiments. The A Battery was founded in Kingston, Ontario, in 1871, and the B Battery was founded in Quebec City, Quebec, also in 1871. The RCA has participated in all major conflicts since 1867, including the First and Second World Wars. The Queen serves as the Captain General of the Regiment.

The regiment is now based at CFB Shilo in Shilo, Manitoba, along with several others. The Queen visited the base in 1970, when she, along with The Duke of Edinburgh, The Prince of Wales, and Princess Anne visited Manitoba to celebrate its centennial.

The RCA has a strong relationship with the Royal Family. As Captain General, Her Majesty received Brigadier James Selbie, Colonel Commandant in 2016, when he presented her with a bust of Lt. Colonel John McCrae. McCrae, a Canadian soldier and poet, wrote the poem “In Flanders Fields.”

In 2011, the Manitoba-based regiment presented The Queen with a brooch to celebrate her Golden Jubilee. The design included a canon with the regiment’s motto, Quo fas et gloria ducunt, on a scroll beneath, with 60 set over the canon and a crown over top with two rubies, two sapphires, and a diamond. The brooch was designed and produced by the renowned Canadian jeweller Birks.