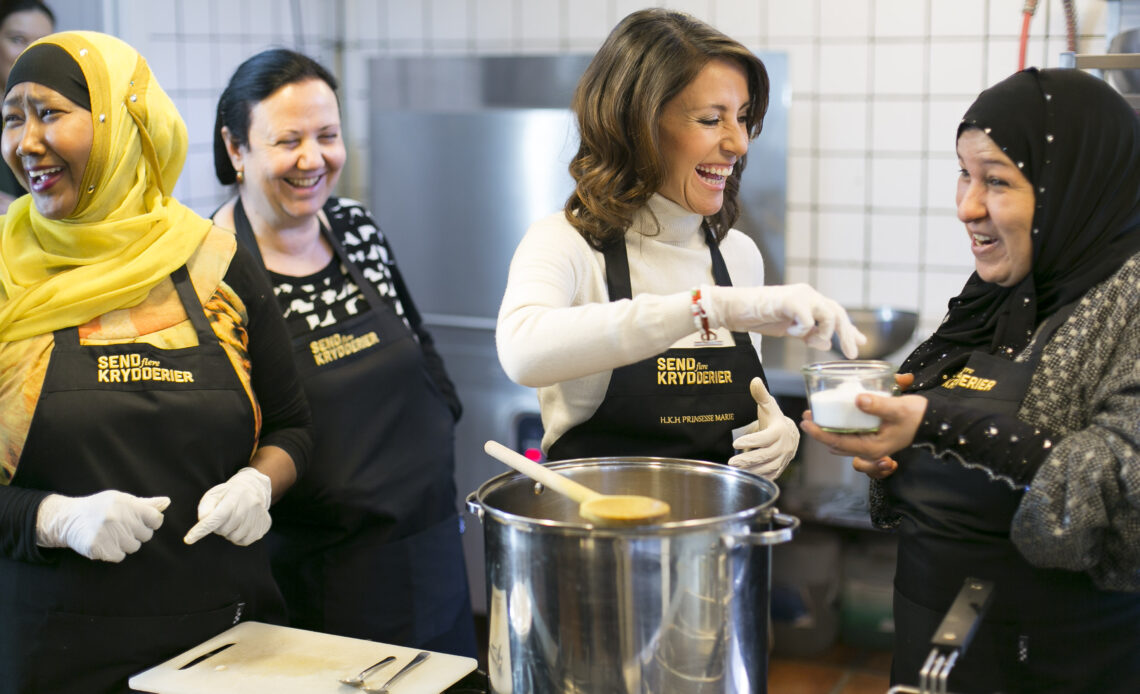 Princess Marie of Denmark has marked ten years as the patron of DanChurchAid.

DanChurchAid celebrated the milestone on Tuesday, 28 September, with a reception in Copenhagen at the organisation’s headquarters. Chairman of the Board, Søren Christian Madsen, paid tribute to Marie during the ceremony, and a video with greetings from many of the people who the Princess met on her travels was played.

Her Royal Highness was also presented with an anniversary gift consisting of a shawl from Cambodia and a pin from the organisation.

Regarding the ten years she has spent as the organisation’s patron, the Princess said working with DanChurchAid has made her a better person. She said: “Travel and countries, people and meetings, gripping experiences and strong impressions have left a deep impression. It has given me new insights and new perspectives on the world. It has meant – and means – an incredible amount to me.“

After the speeches, Princess Marie spent time speaking to volunteers and staff before viewing a photo exhibition on DanChurchAid’s work. She was also shown a new rice blend that fights food waste by being made of cracked basmati rice. This rice provides a stable income for Cambodian farmers who supply the organic mixture.

Ahead of the reception, Secretary General of DanChurchAid, Birgitte Qvist-Sørensen, said of Marie: “We are incredibly happy, grateful and proud of the Princess’ great commitment to our work to create hope and action in the world. Princess Marie always has her heart with her, and it is felt everywhere the Princess comes. We would therefore like to mark the day in the company of Princess Marie and our employees in Denmark.”

Princess Marie became the patron of DanChurchAid in 2011. The organisation works in Denmark and some of the world’s poorest countries to help prevent poverty, fight against food waste and stop climate change. They are also known to provide disaster relief in areas across the globe.

The Princess has travelled across the world with the organisation, including trips to Cambodia, Ethiopia (2014), Myanmar (2016) and Uganda (2020).