William at the wheel, Kate at the mic for movie night at Holyroodhouse 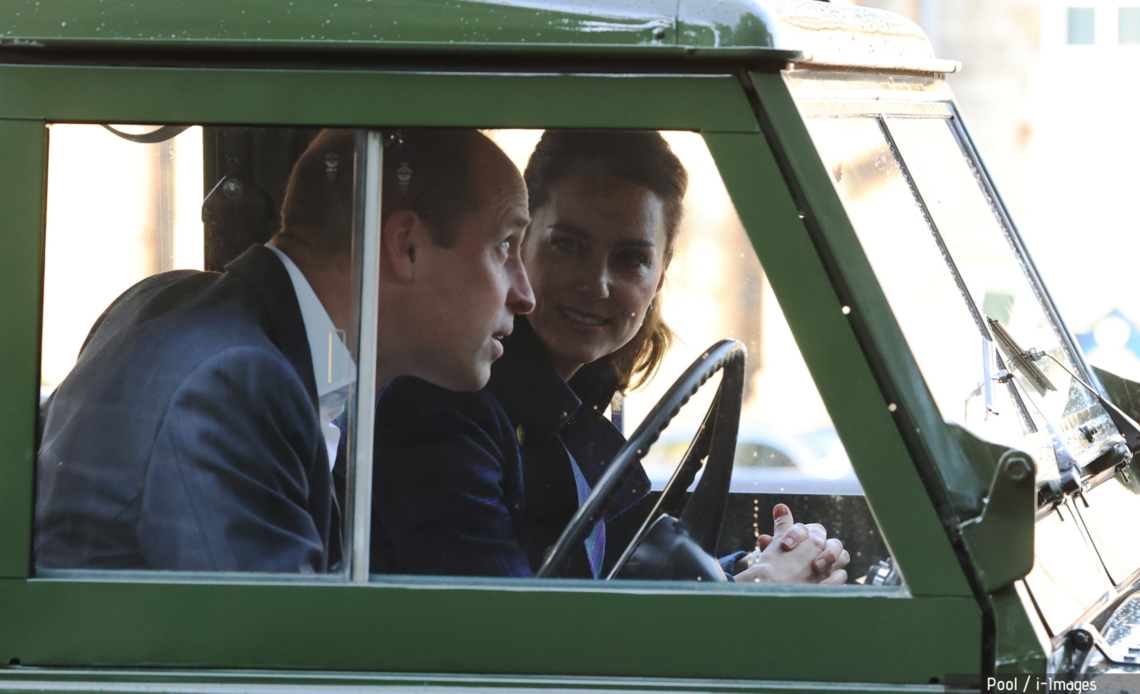 The Duke and Duchess of Cambridge hosted the first-ever movie night at the Palace of Holyroodhouse, screening Cruella for frontline care workers who have gone above and beyond throughout the coronavirus pandemic.

The royals arrived at the palace in a 1966 2A Land Rover that originally belonged to Prince Philip, which had been lent to them by The Queen. William and Kate drove up to the palace in the car and parked it with the frontline carers to watch the movie.

William and Kate hosted the event in honour of the NHS Charities Together organisation, of which they are joint patrons. All attendees came from the NHS workforce in Scotland, having been nominated by their respective charity organisations and health boards.

Before the film began, Kate gave a speech to thank everyone in attendance for “the extraordinary dedication, commitment and personal sacrifice you have shown in supporting our communities through this pandemic.”

She continued: “It is a real privilege to work with ‘NHS Charities Together’.  For the last 13 years it has worked tirelessly to improve services for patients and support NHS staff and volunteers, both practically and emotionally.  Today, this work has never been more important.

“Over the last year or so, William and I have spoken to many NHS workers and have heard first-hand what it has been like to be on the front line fighting COVID-19; supporting those suffering from the disease as well as their families, and heroically putting the needs of others ahead of their own – day in, day out.

“And tonight, we have so enjoyed speaking to so many of you.  You have all been chosen for going above and beyond over the last year – and to hear what you have been through is truly humbling.

“So, with an enormous thank you to Her Majesty The Queen for allowing us to host the first ever drive-in film night here at Holyrood.  And with a huge thank you to Disney and BAFTA, for putting on this evening, and to the fabulous actress Tipper for joining us here tonight, William and I invite you to grab your popcorn, cuddle up under your blankets and be transported to 1970s Britain for an evening of much-deserved fun, drama, glamour and escapism! We wish you a truly wonderful evening! And, once again, our heartfelt thanks for all you are doing.”

William and Kate’s movie night was praised by Ellie Orton, the chief executive of NHS Charities Together, who said that it “will be a huge boost and thank you to those staff who have done everything they can to keep us safe and well over the last year. We’re delighted be part of this once in a lifetime memory for some of the amazing NHS staff in Scotland – it is because of their efforts that we are even in a position to enjoy events like this one.”

Prior to the screening, William and Kate spoke with Cruella’s stars, Emma Stone and Emma Thompson, about the film and its shoot in London, its costumes, and the work of the NHS. Their full conversation can be viewed here.