Joy and heartbreak – William, Catherine & George celebrate and then commiserate as Italy beat England in penalties 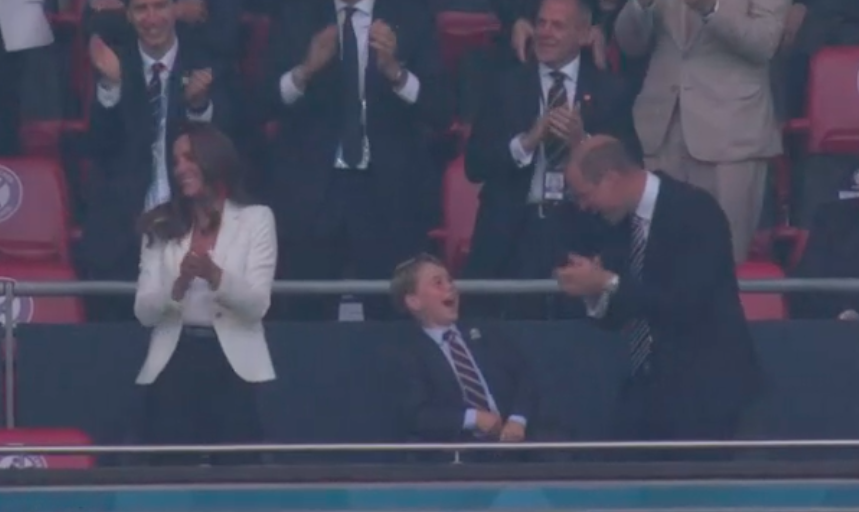 The Duke and Duchess of Cambridge were joined by their eldest child, Prince George, in the Royal Box at Wembley on Sunday as they hoped to witness sporting history.

55 years after their win in the 1966 World Cup, England played in their first major international tournament final – the European Championships.

Just 117 seconds into the game, 25-year-old Luke Shaw got England off to a perfect start as he scored the quickest goal in Euros finals history.

As Shaw scored the opening goal, television cameras zoomed in on the royal box with pictures of a jubilant royal trio being beamed across the globe.

Dressed in a smart suit, Prince George could be seen cheering at the goal, with his dad erupting in excitement beside him.

But the fairytale start for England didn’t last with Italy scoring a goal in the second half.

The match then went into extra time, but the teams still could not be separated.

Penalties then came into the equation with England hoping to put their poor record at shootouts behind them.

It was a good start for England with the Three Lions leading in penalties at one point.

But ultimately, it was Italy who came out victorious beating England 3-2.