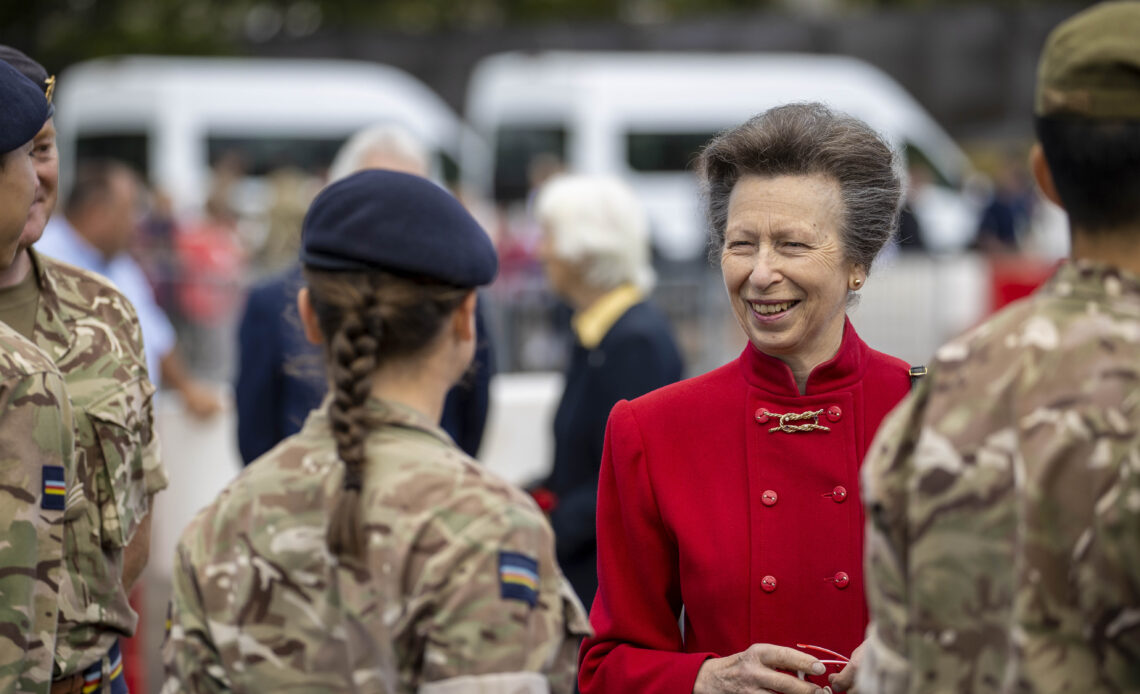 Lower the drawbridge, the military is taking over the castle! Over 900 performers have descended upon Edinburgh Castle in Edinburgh for the annual Royal Edinburgh Military Tattoo.

Princess Anne, Edinburgh Tattoo Royal Patron, got a sneak peek of the opening number when she attended the final dress rehearsal. She met with military and performers before taking in a show.

It has been three years since the Edinburgh Tattoo has been held. The Princess Royal told those in attendance that she is “hugely grateful to those who had risen to the challenge” of participating. Princess Anne added: “I hope you all know what pleasure it gives to so many and the good it does. Above all, I hope you enjoyed being part of it, and from my perspective, thank you very much indeed for giving me the time to do this.”

The event runs throughout August at Edinburgh Castle and thousands of people are expected to attend. The show this year is called ‘Voices’ and performers from around the world will display their talents from spoken word to military bands, songs and dance.

Switzerland’s Top Secret Drum Corp Band coordinator shared his feelings about returning for the Edinburgh Tattoo. “We’re extremely excited to be back after a long time and a horrible time of no performances. We are thrilled and very honoured, actually, to perform on this platform at Edinburgh Castle.” It will be their seventh time appearing at the Edinburgh Tattoo and are known for their intense precision drum routines.

It is not known if Princess Anne or other member of the Royal Family will attend any events at the Edinburgh Tattoo. The Commonwealth Games have filled the schedules of Prince William and his family as well at Prince Edward and family. The Queen is nearby in Balmoral but no plans have been announced for her to attend. But with the Edinburgh Tattoo entertaining crowds through August, you never know who might make a royal appearance!