Anne at 70: the christening of a princess 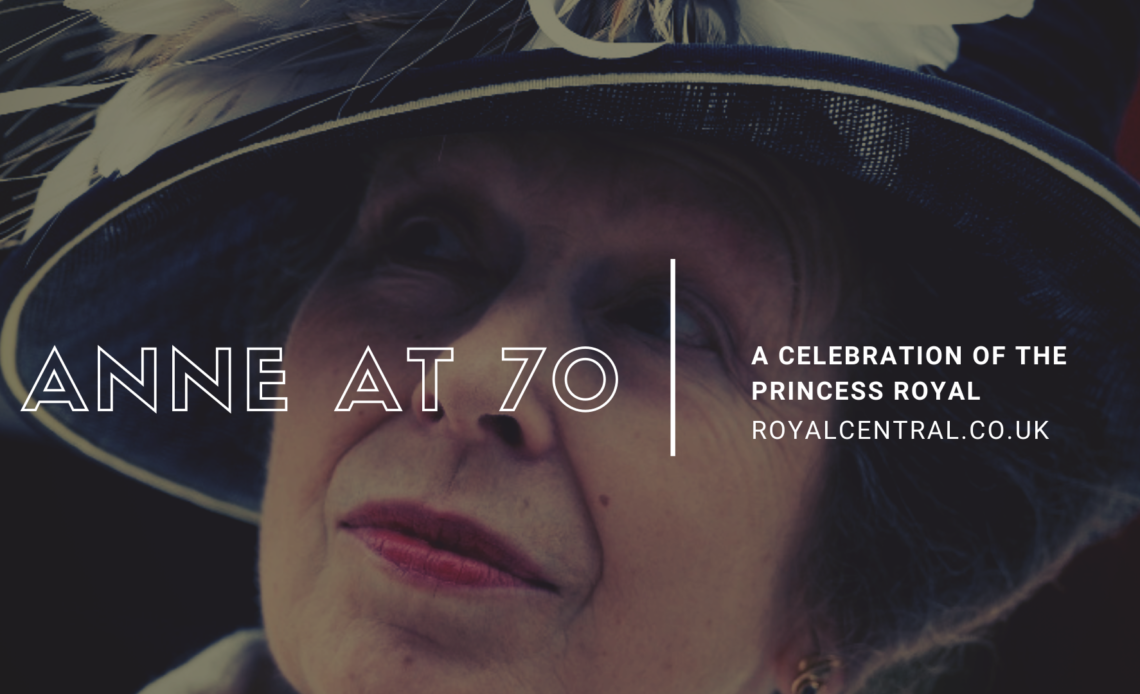 The Princess Royal marks her 70th birthday in August 2020. It’s a milestone in any life and this special celebration has brought plenty of reflection on Anne’s public life. For seven decades, the princess has been one of the most high profile royals in the world. Even as a baby, she was making the news. Royal Central looks back at the first day she really stole the royal show, her christening.

The baby princess was just over two months old when she was baptised on in the Music Room at Buckingham Palace. The press were invited in for a photo call after the ceremony which took place on October 21st 1950. Anne’s first public appearance saw her snuggle happily in her mother’s arms before she dozed off while the cameras kept on clicking.

This christening was a very royal affair and filled with tradition. The baby wore the Honiton lace robe used for all royal children since 1840 when Queen Victoria had it commissioned for her firstborn, Princess Victoria. The font that Victoria had made for her baby’s baptism was also used. The Lily Font, designed and created by Barnard & Co, has been used at every royal christening since 1841. Water from the River Jordan was used to baptise the princess.

She was christened Anne Elizabeth Alice Louise and had five godparents including both her grandmothers. While Queen Elizabeth, her maternal granny was present, her paternal grandmother, Princess Alice, couldn’t attend and Princess Alice, Countess of Athlone stood proxy for her. Anne had a third godmother, Margarita, one of her father’s sisters whose title then was the Hereditary Princess of Hohenlohe-Langenberg. There were also two godfathers. Earl Mountbatten, Prince Philip’s beloved uncle, was joined by Andrew Elphinstone, a cousin of Anne’s mother.

The christening was first and foremost a family occasion and the clear delight that King George VI and Queen Elizabeth took in their grandchildren was evident while even the formidable Queen Mary, Anne’s great grandmother, appeared to dote on her youngest descendants.

Meanwhile, images of the christening of Princess Anne of Edinburgh, as she was then known, made their way around the world, the start of a royal story that still makes headlines today.