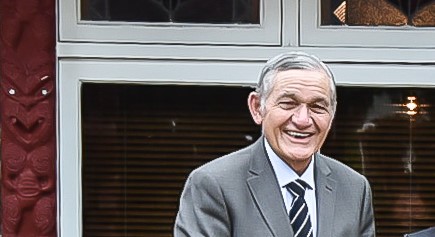 As a member of the Commonwealth Realms, New Zealand, like 15 other nations, shares the British Royal Family and The Queen as head of state. But what most people don’t realise, is that since 1858, New Zealand has had its own King, through the Māori King Movement, with the current monarch Tūheitia Potatau Te Wherowhero VII reigning since 2006. The Māori King, while holding no constitutional role, has played a significant role in New Zealand’s history, and since 1995 has had a growing role in New Zealand’s modern society.

Since 1840, New Zealand has been under British rule, first as part of the Colony of New South Wales, and then as the separate Colony of New Zealand in 1841, before finally becoming a self-governing nation in 1907. Like other former colonies, New Zealand has a complex history between settlers and indigenous people, but unlike other nations, the formation of a colony centred around a treaty with the indigenous Māori people. The initial design of the treaty was to establish British law and order over all of New Zealand, while still respecting the Māori people’s land and way of life.

The Māori King Movement was first born in 1854 with the reestablishment of large tribal meetings, and the need to give Māori people a voice that the settlers would respect. It was decided by 1857 that only through a King would the Māori people gain the respect they needed, and in 1858 the first monarch, Pōtatau Te Wherowhero, was crowned. While not a hereditary monarchy, all seven elected monarchs have been from the same dynasty, which may relate to the high status of the family among other chiefs, and that at the initial coronation all chiefs present swore their lands to King Pōtatau.

The role of the Māori King was initially challenged by the Governor of New Zealand, and this in part led to the invasion of the Waikato. The loss of lands through the New Zealand Wars and the exile of the Māori people did not stop the strength of the Māori King to unify his people and establish both a parliament and a bank. By the time of the third King, Mahuta Tāwhiao’s reign, support among Māori people for their own King had waned, due to an increase in both loss of territory and rising poverty among Māori people. The role of the Māori King began to focus intensely on redress for the loss of lands and ceasing further violations of the Waitangi Treaty. The Māori King continues to address social issues for Māori people to this day and has worked directly with the Government of New Zealand on issues relating to justice and violence. The royal family reside at Turongo House where they receive other Polynesian royal families, world leaders, and most notably The Queen, Prince Philip, and other members of the British Royal Family.

New Zealand is still a constitutional monarchy with The Queen as head of state. Rather interestingly all three longest-serving monarchs have been women; Queen Victoria, Queen Elizabeth II, and Māori Queen Te Arikinui Dame Te Atairangikaahu. The only country in the Pacific with its own sovereign monarch is Tonga, and while some in New Zealand want to push for a republic, there is a chance to make New Zealand a monarchy under its own sovereign monarch as well.