The Queen Mother’s garden to close for refurbishment 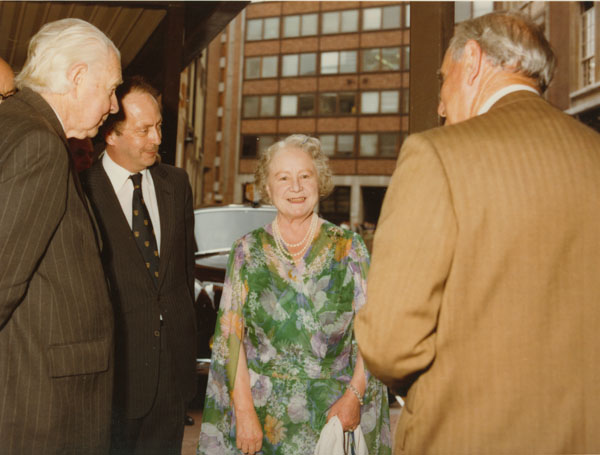 By Library of the London School of Economics and Political Science - HM Queen Mother at the formal opening of the new library in the Lionel Robbins Building, 10th July 1979Uploaded by Fæ, No restrictions, https://commons.wikimedia.org/w/index.php?curid=15341989

The Queen Mother’s Garden in Dereham is temporarily closing to undergo refurbishment.

The refurbishment plans to touch up the much-loved green space that sits behind Withburga Lane and Church Street. Starting on Monday, 18 July, the garden is expected to be closed until autumn.

The refurbishment project is a joint effort between the Dereham Town Council and the Breckland Council. It, of course, is part of the ongoing Platinum Jubilee celebrations and will help modernise the space and make it more accessible. This will be done by adding a new path laid, new eco-benches, a community book swap cupboard, and new plating. The new planting includes sensory plants which will be beneficial to children and people with dementia.

Breckland Council’s executive member for property and projects, Paul Hewett, told the Eastern Daily Press: “We are delighted to be working with Dereham Town Council on this prestigious project honouring the Queen Mother and benefiting both residents and visitors to the town.

“The garden has tremendous potential to become a real gem in Dereham and a valuable space for nearby schools and residents with dementia.

“Dereham has enjoyed this public space for 40 years, and the launch of the refurbishment will ensure this beloved royal garden keeps blooming for another four decades and beyond.”

The garden received the royal seal of approval in the early 1980s when The Queen Mother paid a visit to see the popular public space open.