‘Victoria and Albert: Our Lives in Watercolour’ exhibition opens 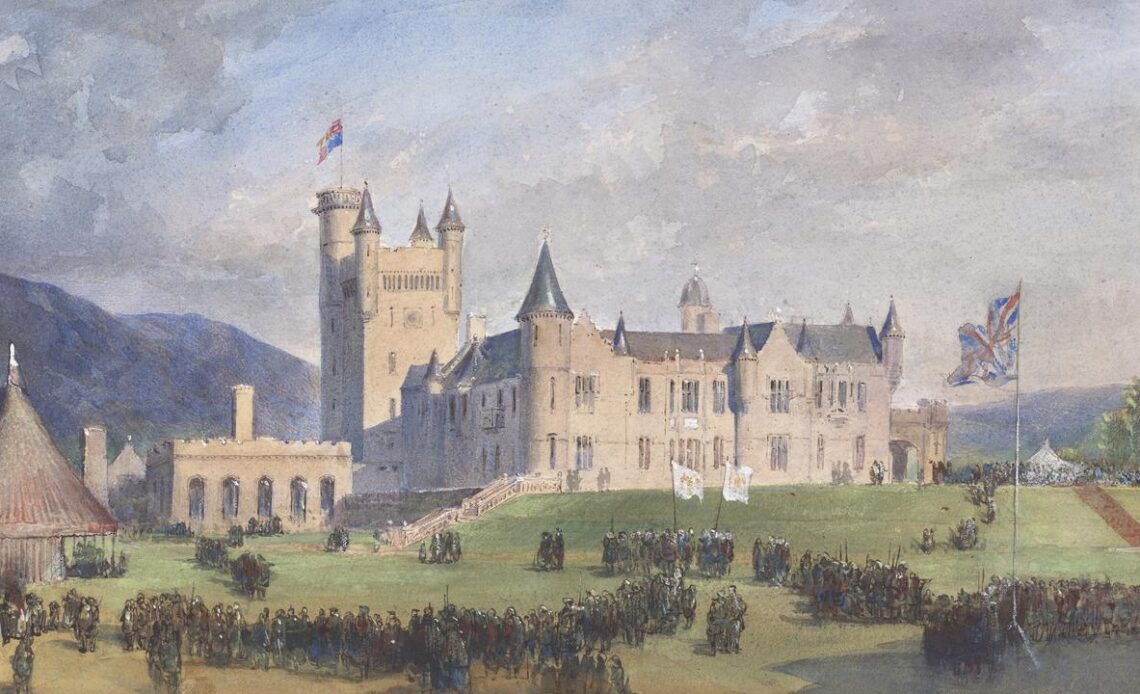 The Royal Collection Trust has opened a new exhibition at the Queen’s Gallery at the Palace of Holyroodhouse in Edinburgh. The exhibition, “Victoria and Albert: Our Lives in Watercolour”, opened on Monday, 26 April 2021, and features over 80 different watercolours.

Interestingly, the Palace of Holyroodhouse features in many of the pieces on exhibit. Waller Hugh Paton’s watercolour of Edinburgh at sunset shows the Palace as Victoria would have seen it from the train station, while George Grieg’s painting shows one of Victoria’s sitting rooms. Before Albert’s death, they went on several trips to the Highlands. Richard Principle Leitch’s watercolour of one of their expeditions on horseback is on display for the first time.

The couple also commissioned artists to mark significant events in their diplomatic lives. There are watercolours to mark their trip to Normandy to meet with King Louis-Philippe and later Emperor Napoleon III in Paris, as well as the French state visits to Windsor.

Another key event in their lives is represented in watercolour: the Great Exhibition of 1851. The exhibition was one of Albert’s largest projects and is shown giving a closing address in one of the watercolours by Joseph Nash. Other major events in Victoria’s life before and after Albert’s death are shown, including the Duke of Wellington’s 1852 funeral and the Crimean War.

The exhibition is open from 26 April to 3 October 2021 at the Queen’s Gallery, Palace of Holyroodhouse. Tickets will need to be booked in advance for timed entry; it is included with the 1-year pass but must still be booked in advance of visiting. Throughout the months of May and June, there will be additional programming, including different historical talks and sketching events.