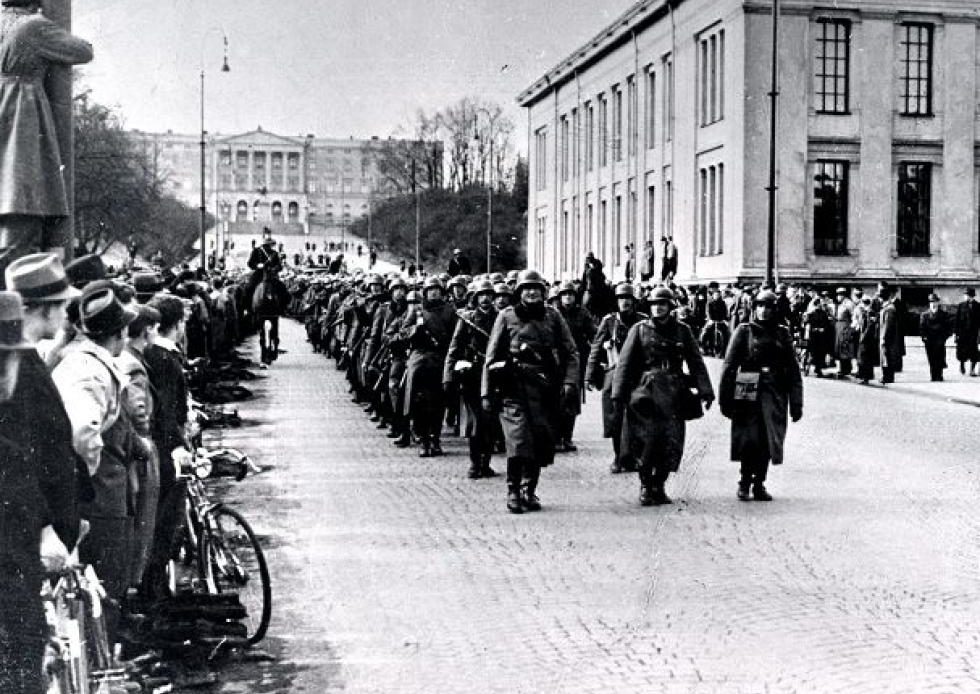 This year, in 2020, marks 75 years since World War II ended. It is also the 80th anniversary of war coming to the Monarchies of Norway and Denmark. While the Danish royal family was taken prisoner by the Nazis, the Norwegian royal family managed to escape and carry on the war from exile for the next five years.

As early as 1939, both the Allies and Nazi Germany began to make invasion plans of Norway. Norway supplied Germany with iron and was strategically important to control. The Germans were the ones who managed to implement the plans the fastest. On the night between April 8 and 9, 1940, Germany attacked both Denmark and Norway in a coordinated surprise attack.

The Germans had the same goals in Norway as in Denmark and one was to capture the king. The King of Denmark and Norway were brothers. Hitler was convinced that if the kings could be captured, this could force a quick capitulation. He was right. When the Danish king was captured, Denmark capitulated in just a few hours. However, in Norway the king wasn’t captured, so the war continued for months.

The cruiser “Blücher” and two smaller German naval vessels were tasked with attacking Oslo, Norway’s capital. All the soldiers on board Blucher had been told that their main priority was to capture the royal family. At 04.21 in the morning on April 9, 1940, the fighting began in the Oslofjord when the cannons on the fortress of Oscarsborg fired upon the German ships. “Blücher” was hit and sank and more than 800 German soldiers were killed. The incident was of crucial importance as the German attack on the capital was delayed and allowed the king to flee.

The royal family at this time consisted of King Haakon VII, Crown Prince Olav, Crown Princess Martha and their three children Prince Harald, Princess Astrid and Princess Ragnhild. Queen Maud died in 1938. King Haakon was the only one living at the castle in Oslo. The others in the family lived on the Skaugum Estate in Akser. On the night between April 8 and April 9, the royals were notified that the Germans were on their way to Norway.

At 4:30 this morning, the Norwegians were offered terms of surrender. The king and the government talked over the phone and agree to refuse the offer. Crown Prince Olav dressed his children and notified his wife before they travelled to the castle in Oslo in the middle of the night. When the message reached the castle that the fighting raged at the Oscarsborg fortress, it was decided to evacuate the royal family. Norway was at war.

The royals departed from the castle by car to Oslo railway station. Here they meet the government and boarded the train which left the station exactly 07:23 on course for Hamar – the largest city in the Norwegian inland. The royal family had to stop at Lillestrøm as the city was bombed by German planes. The royals had to leave the train and take cover in the forests for a short period while the bombs fall.

The word that the king was on his way to Hamar had been broadcast on radio so along the entire railway line there were Norwegians with flags and cheering as the train passed by to show their  support of the King’s decision not to surrender.

The royal family travelled from Hamar train station to the estate of Sælid where they were accommodated. A few hours later, Prime Minister Nygaardsvold arrived to update the king. He announced to the king that the parliament was split and had not made a decision. He therefore asked to step down. The King refused let the Prime Minister step back and travelled with Crown Prince Olav to Hamar city to speak to Parliament.

King Haakon spoke to Parliament and simply asked them to come together. The king refused to let the government step down and he refused to approve a surrender.The meeting lasted until the evening. King Haakon and Crown Prince Olav travelled back to the Sælid Estate for dinner. While the dinner was being served, the royals heard on the radio that Vidkun Qusling had conducted a coup d’état in Oslo and formed a Nazi-friendly government.

Almost at the same time the chief of the police called from Hamar city. He informed the royals that they must leave the estate as soon as possible; German forces were on their way. The royals left the farm in minutes and headed east towards the town of Elverum.

The car ride was long and emotional. It was during this journey that the royals decided to split up so that they could ensure the safety of Prince Harald as heir to the throne. When the royal arrived at 21:30 in the evening, Crown Princess Martha travelled further. She took her three children with her and headed to her native country of Sweden, which was not at war.

As the Crown Princess travelled further, King Haakon and Crown Prince Olav were accommodated at the farm of Gaarder. The government and parts of parliament were also now gathered at Elverum. This was the Norwegian royal family`s first day of war, April 9, 1940. They did not know when or if they would ever see each other again.