Who is Queen Margrethe II of Denmark? 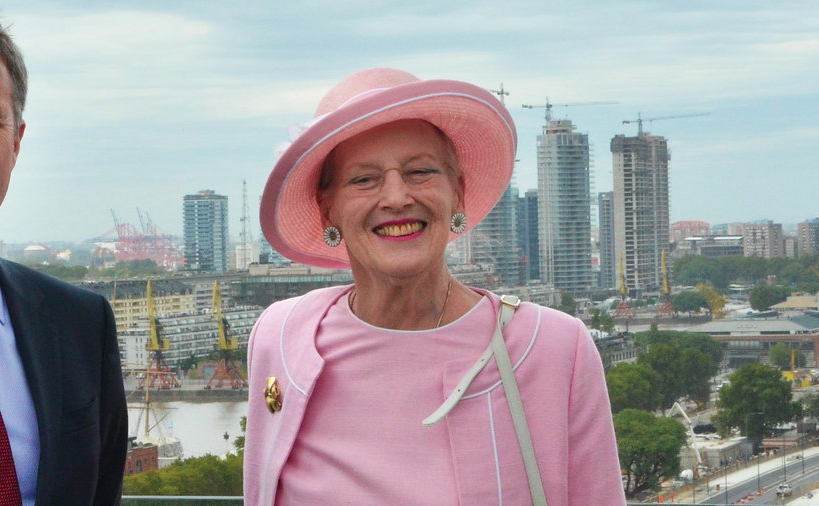 Today, Queen Margrethe II of Denmark celebrates 50 years on the Danish throne. Let’s take a look back at the life of Denmark’s colourful queen.

At the time of her birth, women were barred from the succession to the throne, and it was expected that her uncle, Prince Knud, would succeed her father. However, upon his accession in 1947, King Frederick IX championed changing the laws of succession. It took two parliaments to pass the law and a referendum, but the popularity of the King and his family saw the motion pass. In 1953, Princess Margrethe officially became the heiress presumptive to her father.

On her 18th birthday in 1958, Princess Margrethe was given a seat on the State Council and could lead in her father’s absence. She was educated at N. Zahle’s School in Copenhagen, graduating in 1959. She studied at various universities in the 1960s, including Girton College, Cambridge, where she studied prehistoric archaeology; Aarhus University, where she studied political science; the Sorbonne, and the London School of Economics.

It was while she was studying at the London School of Economics that she met her future husband. At a party during the spring of 1965, Princess Margrethe met a young French diplomat who was working as the Embassy Secretary at the French Embassy: Henri de Monpezat.

She later spoke of that meeting, saying, “Apart from the fact that I found him very likeable, I did not really take much notice of Henri de Monpezat. He was just a young man I met occasionally, and in fact, I believe it was he who noticed me, and not the other way ‘round.”

The pair met again a year later at a wedding in Scotland, and it was this second meeting that seemed to spark a lasting impression. They met again on the way back to London and went to dinner at the Four Hundred Club. Margrethe admitted to herself that she was in love with him.

They dated throughout the fall, became engaged in October 1966, and were married on 10 June 1967 at Holmens Kirke in Denmark with a reception at Fredensborg Palace. Upon marriage, Henri became Prince Henrik of Denmark, and the couple was married – despite the sometimes rocky nature of their relationship – until his passing on 13 February 2018.

Princess Margrethe gave birth to her first child, a son, Frederik André Henrik Christian, on 26 May 1968. She had a second son Joachim Holger Waldemar Christian on 7 June 1969. Her sons are both married now: Crown Prince Frederik to Crown Princess Mary, with four children and Prince Joachim first to Alexandra Manley, with whom he shares two sons, and currently to Princess Marie, with whom he shares a son and daughter.

Margrethe succeeded her father, the ailing Frederick IX, on 14 January 1972 and was proclaimed Queen from the balcony of Christiansborg Palace the next day. She is only the second queen regnant in Denmark’s history following Margrethe I, who reigned 1375-1412.

In her first speech to the Danish public, she said:

“My beloved father, our King, is dead. The task that my father had carried for nearly 25 years is now resting on my shoulders. I pray to God to give me help and strength to carry the heavy heritage. May the trust that was given to my father also be granted to me.”

A tradition in the Danish monarchy is that the monarchs alternate between the regnal names of Frederick and Christian. Margrethe treated herself as a Christian between Frederick IX and her son.

Queen Margrethe’s motto is “God’s help, the love of The People, Denmark’s strength.”

The Queen’s role is largely ceremonial, but she does receive ambassadors, and present awards and attends functions throughout Denmark and the world. In addition to her royal duties, Queen Margrethe is very creative and regularly contributes to the arts of Denmark.

She illustrated the Danish edition of The Lord of the Rings under the pseudonym Ingahild Grathmer, and her illustrations were used as the basis for the British version. She has illustrated other books as well, including her husband’s book of poetry. Queen Margrethe also designs costumes for theatre and ballet performances and has designed her own clothes as well.

Queen Margrethe celebrated her Ruby Jubilee in 2012 and has made it clear that she will never abdicate her throne. She is the second longest-reigning Danish monarch following Christian IV, who reigned for 60 years from 1588-1648. Her older son, Crown Prince Frederik, is expected to succeed her.