Were the Windsors snubbed or did they reject their regal cousins? Royal row breaks out over one of the biggest celebrations of the year 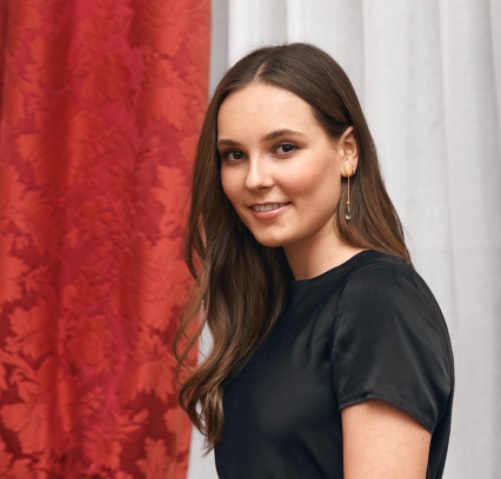 They’re already laying the table in Oslo for one of the royal parties of the year. On June 17 2022, King Harald and Queen Sonja will host a whole host of regal guests at a celebration for the 18th birthday of their granddaughter, Ingrid Alexandra, second in line to the throne and a queen in waiting. However, as the line up of who will be attending was shared by the Norwegian court, rumours began that plates might well be flying elsewhere as names were missing from the line up. In particular, there was no representation from the UK. Soon, all kinds of suggestions were being made including the most incendiary – had the House of Windsor been snubbed?

Having done so well at this year’s Eurovision Song Contest, it was strange to see the flags of all those taking part in this equally glittering event side by side without the Union Jack. What could be the reason, some speculated. Had the King of Norway gone Brexit on the Brexit nation and excluded them? Or had the Windsors reverted to their 1990s reputation as the ice cold bastions of no emotion and ripped the envelope with the Oslo postmark to shreds?

Quite why the famously wise and jocular King of Norway would decide to declare royal war on some of his nearest relations at an 18th birthday party for his granddaughter isn’t clear. Having drawn up a guest list that includes the two year old second in line to the throne of Luxembourg, there is no obvious reason why Harald V would look at the runners and riders then take up his pen and strike through the names of anyone British. The Norwegian monarch is a great grandchild of King Edward VII, just like The Queen. The two families are rather close and get along rather well. However, that didn’t stop reports of a snub beginning.

Besides, neither the ruling houses of Liechtenstein or Monaco will be represented at the gala either but there is no talk of snubs there. There’s been a minor wave of wonder in some parts of the Spanish media when it was confirmed that Queen Letizia won’t be accompanying her husband, King Felipe, to the bash but he’ll be chatting happily with his Greek royal cousins and anyone who’s been married as long as they have know the joy of having the telly to yourself for a night.

There’s equally no reason why the British royals would decide that the coming of age of a charming young woman who is a near cousin of their own kings in waiting is the right time to let those pesky relations in Oslo know exactly what they think of them. Ingrid’s party was postponed in January because of the pandemic. Diaries change, commitments alter and sometimes, it just can’t be made to work, however good the intention.

OK, ‘’snub’’  makes a good headline but it’s a long way from reality. Of course invites are extended, of course every effort is made to try and accept but sometimes things don’t work out.

And there will be more than enough royals there to watch without the Windsors, Letizia or the ever fascinating Charlene of Monaco. Princess Ingrid Alexandra will star in a gala dinner that will see the King and Queen of the Netherlands, the King of Spain and the Queen of the Belgians join the Crown Princess of Sweden, the Crown Prince and Princess of Denmark and the heir to the throne of Luxembourg (along with his toddler son) to mark her milestone.

Royal watchers are far more excited at the prospect of seeing Ingrid in a tiara for the first time. Princess Amalia of the Netherlands, heir to her country’s throne, will also be debuting a diadem in public as will Belgium’s first in line, Princess Elisabeth. Oh, and Ingrid’s aunt, Princess Martha Louise, will be attending with her new fiancé, Durek Verrett, a shaman who claims to have been a pharaoh in a previous life. It’s almost too much to take in and it hasn’t even happened yet.

This does promise to be one of the nights of the royal year and it’s a shame we won’t see the Windsors there. But once the sparkle starts sparkling and the tiaras are being dissected, it will be a distant memory. And in a few months’ time, Denmark will throw open the doors of its royal palace for a gala celebration for the Golden Jubilee of Margrethe II. There’s plenty of time for another royal get together.