The most impressive pre-royal jobs 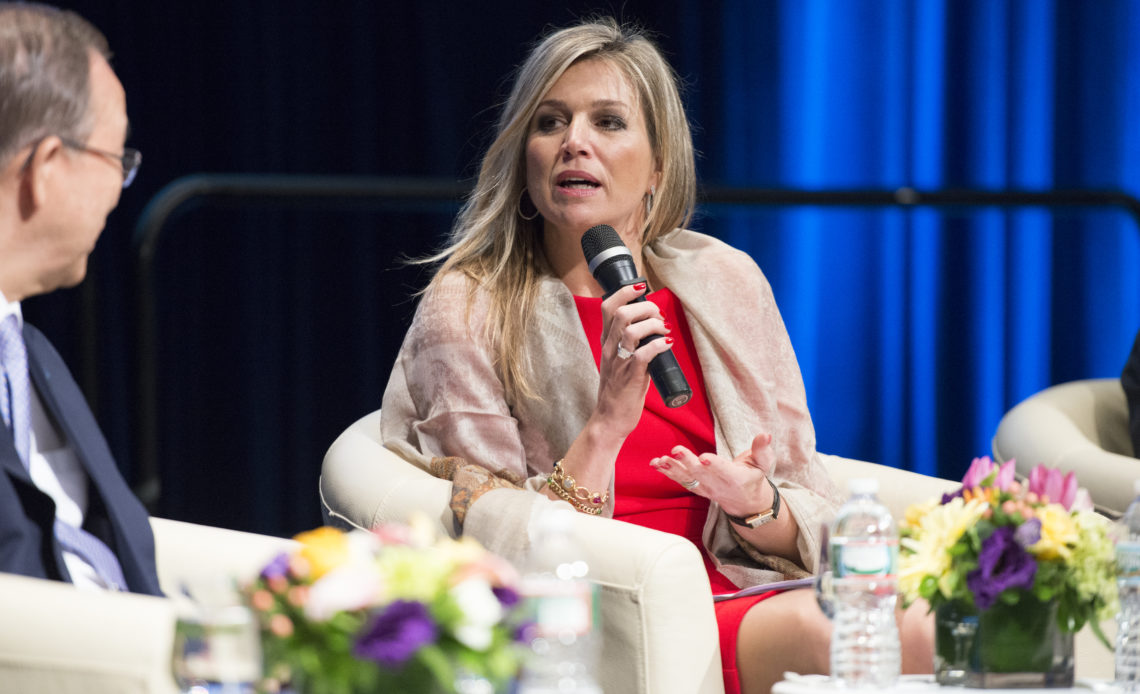 We know these ladies as impressive royals, but before they married into their respective royal families, they held pretty lucrative careers. Let’s look at the lives of some of our favourite royal women before they were married.

Queen Máxima of the Netherlands

Before marrying the future King Willem-Alexander of the Netherlands, Máxima Zorreguieta earned a degree in economics from the Catholic University of Argentina.

She spent her career working in finance, first at Boston Securities’ Buenos Aires office, then at HSBC James Capel Inc. in New York City, where she became its Vice President of Institutional Sales for Latin America. Later, she moved to Dresdner Kleinwort Benson, in New York, where she worked as the Vice President of Emerging Markets Divisions.

When she moved to Europe in 2000, after she’d already begun dating Willem-Alexander, she worked for Deutsche Bank in Brussels. She and Willem-Alexander announced their engagement on 30 March 2001 and were married on 2 February 2002.

One of Queen Máxima’s major platforms as a royal is finance, economics and financial inclusion around the world.

Before she became the Princess of Monaco, Grace Kelly was a queen of mid-century Hollywood.

The daughter of a prominent Philadelphia businessman, Grace was the third of four children and determined from an early age that she wanted to be an actress. Her parent disapproved of her career choice, so she largely funded herself after she moved to New York City to train at the American Academy of Dramatic Arts.

Grace supplemented her income by modelling, and appeared in plays and live television productions until Hollywood called and she signed a seven-year contract with MGM. She began to appear in some of the biggest movies of the mid-1950s’, including three classic Hitchcock films: Dial M for Murder, Rear Window, and To Catch a Thief.

She was twice nominated for an Oscar, winning the Academy Award for Best Actress in 1954 for The Country Girl. After the ceremony, Grace travelled to Cannes for the Cannes Film Festival and was talked into travelling to Monaco for a photoshoot with the Sovereign Prince, Prince Rainier III. The two sparked up a friendship and began to write to each other, and the relationship quickly became romantic.

Prince Rainier travelled to Philadelphia over the Christmas season of 1956 to propose to Grace, with their engagement announced close to the New Year. They were married on 18-19 April 1956.

Before she became the Empress of Japan, Masako Owada spent her early years living in cities all over the world: Moscow, New York City, and Boston.

Masako was assigned to the Second International Organisations Division and worked with some of the international companies that work with Japan. She worked there for two years before accepting an offer to do postgraduate study overseas with full pay, and enrolled at Balliol College at Oxford where she studied International Relations; however, Masako did not complete her program and returned to Japan in 1990.

Masako had first met Crown Prince Naruhito of Japan in 1986, and her name had been linked to his as a possible bride. He was enamoured with her almost immediately, but Masako turned down his proposals twice before accepting when he asked for the third time. Their engagement was announced on 19 January 1993, and they were married on 9 June that year.

Before she was Crown Princess Akishino of Japan, Kiko Kawashima spent time in Pennsylvania, Austria and Japan; becoming fluent in English, German, and Japanese.

In 1989, she received a Bachelor of Letters degree in psychology from Gakushuin University; following it up with a Masters of Humanities degree in social psychology at its graduate school in 1995. Kiko furthered her education with a PhD in humanities from Ochanomizu University in 2013.

Kiko met her future husband, Prince Fumihito (now the Crown Prince of Japan), while they were both undergraduates at Gakushuin University. Their engagement was announced on 12 September 1989, and they were married on 29 June 1990. She insisted on completing her Master’s degree after marriage and also became fluent in Japanese Sign Language.

Before she married Crown Prince Frederik of Denmark, Mary Donaldson spent her childhood in Texas and Tasmania; attending the University of Tasmania and earning a combined Bachelor of Commerce and Bachelor of Laws degree in 1995.

Mary later received an advertising certificate in a graduate program from the Advertising Federation of Australia and direct marketing from the Australian Direct Marketing Association, earning her qualifications in 1996.

Mary worked for advertising agencies in Australia and Edinburgh including DDB Needham, Mojo Partners, Rapp Collins Worldwide (Edinburgh), Young & Rubicam and Love Branding. She also worked as a sales director and manager at Belle Property, a luxury real estate firm in 2000, working there until 2001.

Mary speaks English, French and Danish; she worked as an English tutor in Paris and taught at a business school. When she moved to Copenhagen as her relationship with Frederik headed toward the altar, she studied Danish at the Studieskolen. She worked as a project consultant for business development, communications and marketing at Microsoft Business Solutions for a year from September 2002 to September 2003.

Mary and Frederik announced their engagement on 8 October 2003 and were married the following year on 14 May.

Before she became Queen Letizia of Spain, Letizia Ortiz Rocasolano was a prominent broadcast journalist in Spain, working for Bloomberg, CNN+ and TVE.

Letizia earned her Bachelor of Journalism from the Complutense University of Madrid and a master’s in audiovisual journalism at the Institute for Studies in Audiovisual Journalism. She started work on a PhD, however, she did not complete her thesis and continued to work in television broadcast journalism for various Spanish news outlets.

A few of the prominent stories Letizia covered in the early 2000s include the U.S. presidential elections (Bush v Gore), the September 11 terrorist attacks (where she reported live from Ground Zero in New York City), and the 2003 Iraq War (where she reported live from the war zone). She also covered major breaking news in Spain, including the 2002 sinking of the oil tanker Prestige.

At the time of her engagement to then-Prince Felipe, Letizia had been promoted at TVE to helm its daily evening news programme, Telediario 2, the most-watched news program in Spain. Felipe and Letizia announced their engagement on 1 November 2003; they were married on 22 May 2004.

Mathilde owned her own speech therapy practice in Brussels and later earned a master’s degree in psychology from the Université Catholique de Louvain in 2002. Mathilde speaks several languages: French, Dutch, Italian, and English.

Mathilde’s relationship with then-Prince Philippe was so secretive that nobody in the press knew that they were even dating until their engagement was announced on 13 September 1999; it came as a shock to the public. They were married by the end of the year on 4 December.

Mathilde became the first ever Belgian-born Queen of Belgium when her husband ascended to the throne in July 2013.

Before she became the Queen of Sweden, Silvia Sommerlath, was born in Heidelberg, Germany, to a German father and a Brazilian mother.

Silvia attended high school in Düsseldorf and upon graduation in 1963, attended the Munich School of Interpreting where she studied Spanish, receiving her diploma in 1969.

Silvia’s career was spent as a translator and interpreter, and she speaks six languages: German (her native language), Portuguese (her mother’s language), Swedish, English, French, and Spanish; as well as Swedish Sign Language.

Silvia met her future husband at the 1972 Summer Olympics in Munich, where she was employed as a hostess and tasked with escorting Crown Prince Carl Gustaf, who was attending as a dignitary on behalf of Sweden.

The Crown Prince and Silvia clicked immediately and began to see each other. Crown Prince Carl Gustaf succeeded his grandfather as King Carl XVI Gustaf on 15 September 1973, though it wasn’t until 12 March 1976 that the couple announced their engagement. They were married on 19 June that year.