The death of Frederik IX, King of Denmark 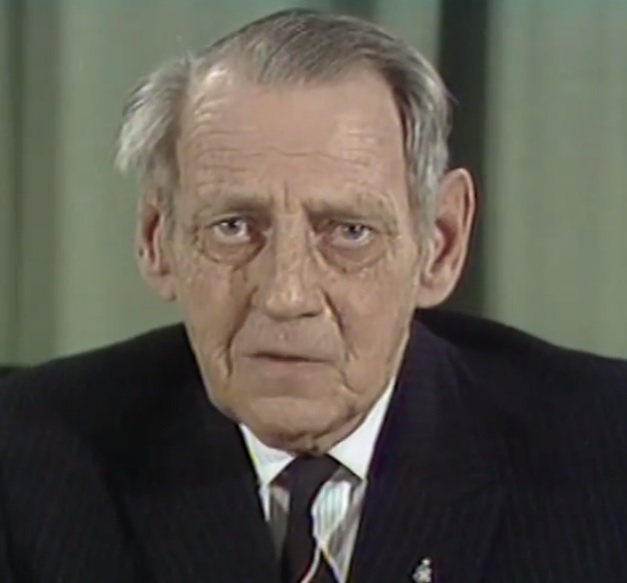 As 2021 wound to an end, the Danish Royal Family shared a rather poignant video. Amidst the official social media posts marking Queen Margrethe’s traditional New Year speech was a once familiar face, that of her father, King Frederik IX. As well as her own message, Margrethe shared a video of her father’s final New Year’s address which had been given exactly fifty years earlier.

On New Year’s Eve 1971, Frederik IX spoke to the people of Denmark. His broadcast was filled with wise words and good wishes and ended with the traditional ”God bevare Danemark”, or ‘God preserve Denmark”. But just before he said those words, Frederik took off his reading glasses and looked directly at the camera which he had eschewed for the notes of his speech for much of the broadcast. The phrase was delivered with aplomb but as soon as the words had left his lips, his face clouded with what appeared to be sadness. It would be the final glimpse Denmark had of a truly popular king.

Not long afterwards, Frederik became poorly with flu like symptoms. On January 3rd 1972, he had a heart attack and was taken to hospital. He died there, on January 14th, at the age of 72. The beloved monarch was succeeded to the throne by his eldest daughter, Queen Margrethe II.

Frederik has been just months short of his silver jubilee when he died. He had become King of Denmark on April 20th 1947 on the death of his father, King Christian X, and had proved a successful ruler. The decision to change succession laws to allow his daughter to follow him on the throne was symptomatic of wider societal changes that swept through his kingdom during his reign. As well as overseeing a period of modernisation, Frederik’s open and friendly personality and desire to visit as much of Denmark as possible made him an approachable and well loved king.

Like the daughter that would succeed him, he had a huge passion for the arts and conducted as well as played music. His wife, Queen Ingrid, was also popular while their family of three daughters – Margrethe, Benedikte and Anne-Marie – gave a modern aspect to Europe’s oldest monarchy. As his reign progressed, the addition of grandchildren to the royal set up added another element of approachability. Frederik’s death was greeted with widespread mourning.

He was laid to rest outside Roskilde Cathedral on January 24th 1972, days into the groundbreaking reign of the daughter he helped to put on the throne.

Now as that daughter marks her own Golden Jubilee, she has reminded everyone that the roots of her own reign lay with a man whose death she will mourn once more even as she marks a special anniversary.