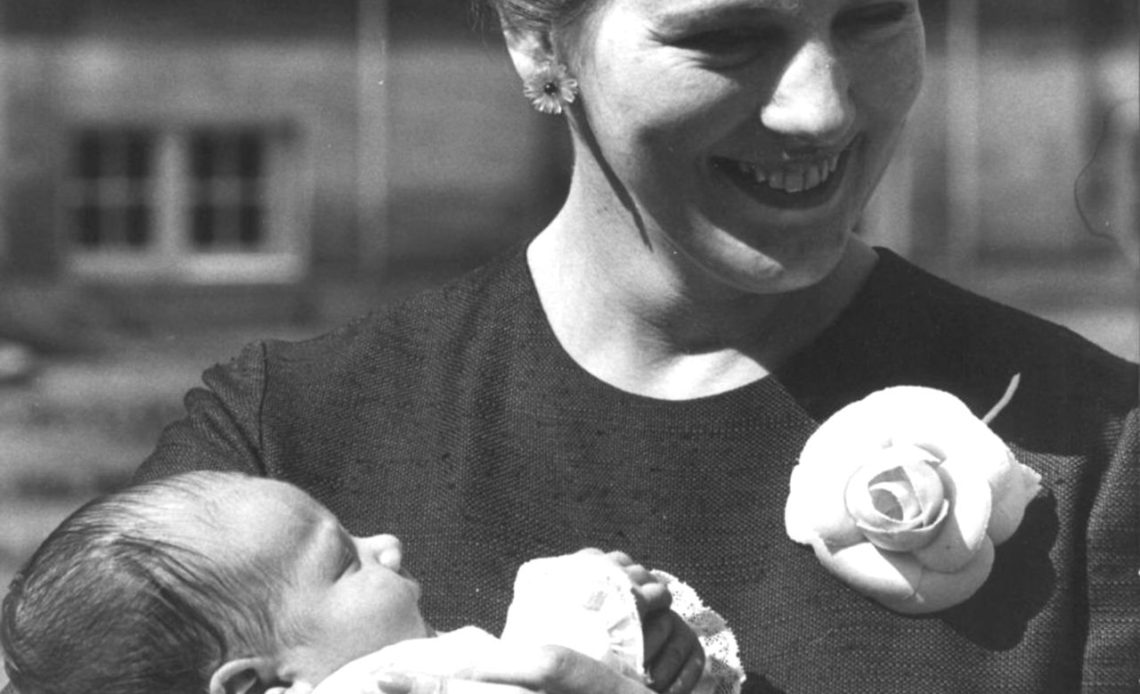 In early June 1960, then-Princess Margrethe was joined by Princess Astrid of Norway and Princess Margaretha of Sweden for a trip to Los Angeles, California, to mark the first transatlantic flight by Scandinavian Airlines from Copenhagen to Los Angeles.

While there, the princesses met a host of Hollywood royalty, but none, perhaps, as famous as Elvis Presley, who posed with the trio during a break on filming G.I. Blues on the Paramount Pictures lot.

Ahead of their tour, all three princesses took time to speak with Newsweek magazine’s General Editor Joseph Carter. Reporting from Amalienborg Palace, Princess Margarethe told Carter, “I’m terribly sorry to be late. And I can’t stay too long—I have to go shopping and it’s Saturday and all the shops here close at 2 p.m.”

Newsweek speculated about Margrethe’s love life, noting that nobody in Denmark could fathom who she’d eventually marry as she continually went on dates though all her suitors were just friends.

The magazine also noted that she was attending university to study philosophy and that she’d just purchased a Volvo (“And no one in the streets or in the shops pays any particular attention to her except to step aside for her and to smile if they happen to catch her eye,” Newsweek noted, concluding that Princess Margrethe always smiled back.).

Though he met with the Scandinavian princesses at the height of his career, Elvis never had the chance to meet other royals of Europe. He reportedly turned down at invitation to appear at the 1962 Royal Variety Performance in the presence of Queen Elizabeth II and the Duke of Edinburgh.