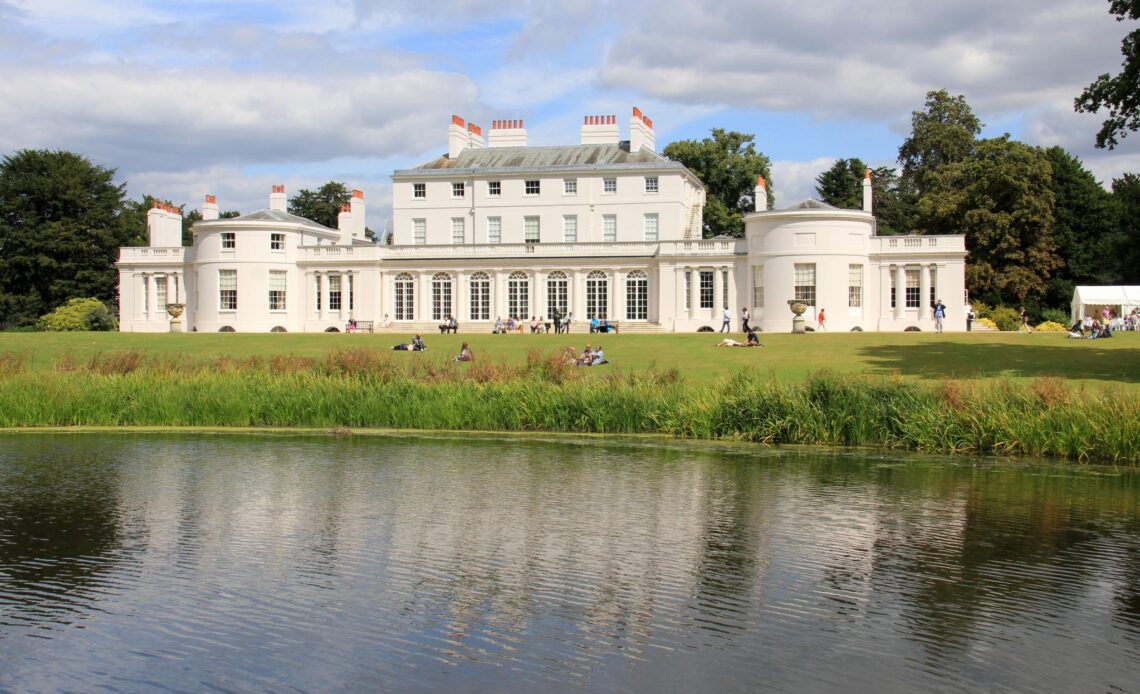 In recent years, it’s become something of a go to wedding reception venue for a whole new generation of royals. Frogmore House, settled in the rolling green of the Windsor Castle estate, has seen celebrations following the marriages of several of the Queen’s grandchildren including Peter Philips and the Duke and Duchess of Sussex while Lady Gabriella Windsor also held her wedding party there. But the Windsor favourite has a long and very royal history with plenty of romantic and dramatic twists and turns.

The home of a royal family

Frogmore House has been an official royal residence since 1790 when King George III and Queen Charlotte bought the property as a retreat. Charlotte fell in love with her new home and spent as much time there as she could with her daughters.

The royal women enjoyed painting and drawing at their country home and Charlotte even commissioned the artist, Mary Moser, to decorate a room so it looked like the roof of an arbour. Charlotte left the property to her second daughter, Princess Augusta, who lived the rest of her life.

Queen Victoria gave it to her mother, the Duchess of Kent, after Princess Augusta’s death in 1840. The older Victoria spent her remaining years there, passing away at Frogmore House in 1861.

Queen Victoria’s daughter, Princess Helena, lived there for a while in the late 1860s and early 1870s while the monarch herself spent many days there entertaining friends and relations. The future King George  V and Queen Mary were frequent visitors in the first years of the 20th century.

Frogmore House has become a bit of a resting place for royal memorabilia. Queen Mary started using its rooms to display items belonging to her family in a kind of homegrown regal museum.

In 1997, the Duke of Edinburgh brought several items, including the famous mahogany dining table, from the Royal Yacht Britannia to Frogmore House following the decommissioning of the ship that year.

Queen Charlotte completely altered the grounds of Frogmore House bringing in Major William Price and the Reverend Christopher Alderson to create a rural idyll. They transformed the flat land into an idyllic garden which includes lakes, glades and bridges.

Queen Charlotte herself brought in thousands of different plants and shrubs. There’s also a teahouse created for Queen Victoria in the grounds as well as an 18th century summerhouse built in the popular style of a Gothic ruin. And the gardens were often used by the Queen and the Duke of Edinburgh for family photocalls in the 1960s.

First of this current generation to get the wedding party started at Frogmore House was Peter Phillips. The Queen’s eldest grandson and his wife, Autumn, held their reception here following their marriage at St. George’s Chapel on May 17th 2008.

In 2018, the rafters rocked to two royal parties. The Duke and Duchess of Sussex celebrated with friends and family into the night at Frogmore House as they held their evening party at the residence following their marriage at Windsor on May 19th. In 2019, Lady Gabriella Windsor held her post wedding celebrations there, following her marriage to Thomas Kingston at St. George’s Chapel.

Pre-pandemic, Frogmore House was open for Charity Days and on selected dates for group bookings. It will remain closed until 2022 when it is hoped that the doors of this famous royal party venue will swing open once more.