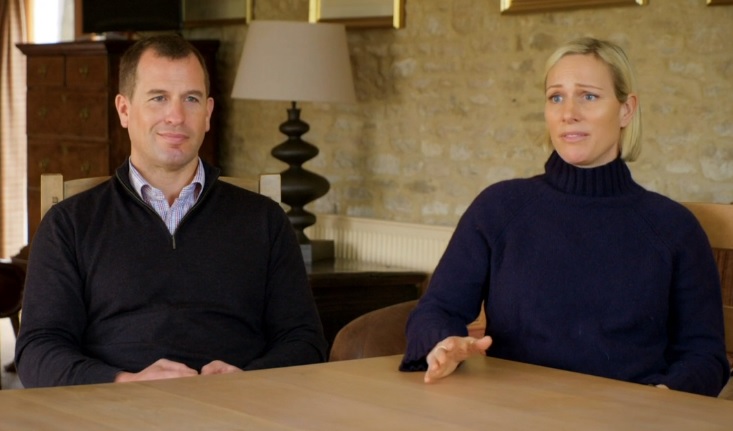 The British Royal Family counts several Olympians in their midst, but only one member has ever won an elusive medal: Zara Tindall, the only daughter of the Princess Royal, who followed in her parents’ footsteps in equestrianism.

Before we take a look at Zara’s path to the Olympics, let’s take a brief stroll through the Olympic history of her parents, Princess Anne and Mark Phillips. They both competed for Team Great Britain in eventing at the prime of their competitive years.

Mark Phillips was part of the three-day eventing team that won gold at the 1972 Olympics in Munich (he’d been part of the reserve team for the 1968 Olympics in Mexico City but did not compete). Fourteen years later, he won silver in the same event at the Olympics in Seoul, South Korea.

Princess Anne competed as part of the three-day eventing team at the 1976 Olympics in Montreal, but the group failed to reach the podium. It was the first and only time Princess Anne competed at the Olympics, but she has served with both the International Olympic Committee and the British Olympic Association for decades.

After graduating from university, Zara decided to be a professional equestrian. Her career began in 2003, and she quickly secured sponsorships and became ‘one to watch’ at competitions.

Her Olympic dreams were twice almost quickly realised: she tried out for the 2004 eventing team, though failed to gain a spot for the Athens Games; and when she was selected for the 2008 team, she had to withdraw ahead of travelling to Beijing when her horse was injured.

Zara’s equestrian career continued despite these Olympic setbacks, and she medalled at the World Championships and the European Championships. She won the BBC Sports Personality of the Year Award in 2006—an honour her mother received in 1971—and was awarded in the 2007 New Year Honours list for her services to equestrianism.

All eyes were on Zara in 2012 when the Summer Olympics came to London. She secured a spot on the equestrian team and, over the course of 28-31 July 2012, helped secure a silver medal for Team Great Britain in the presence of her family, a majority of whom had come to watch her compete.

Zara was presented with her first—and so far only—Olympic medal by her mother. She said afterwards, “We had a great team effort, it was a long day, and it felt like it was going on forever but to have a medal hanging around your neck is just unbelievable,” and joked that she was more competitive about beating her father’s records than her mother’s.

Unfortunately, Zara failed to qualify for the eventing team ahead of the Rio Olympics in 2016, and her dreams for 2020 were put on hold when the Tokyo Games were cancelled due to the coronavirus pandemic.

It remains to be seen whether Zara will still be competing when the 2024 Olympics are held in Paris, though she has continued her career.

In an interview last year with Horse and Hound magazine, Zara spoke of competing on the international level, saying, “I love riding for my country; those have been the best experiences of my career. To get your horse to that level is what it’s all about and what we all strive for.

“I love the big occasion because I love the pressure – sitting on a horse that you know is good enough, you are fully prepared, riding for your country, it’s what your dreams are made of.”