Royal History Mystery: What happened to the Princes in the Tower? 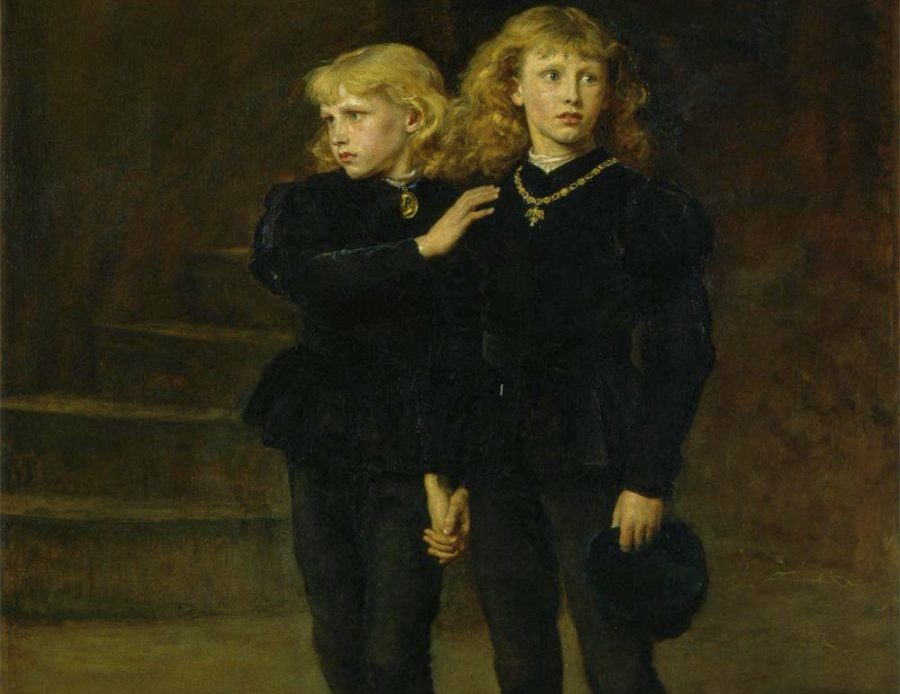 Today we’re looking at a royal history mystery that involves the disappearance of a boy king and his younger brother. What happened to the Princes in the Tower?

Edward V was the eldest son of Edward IV and Elizabeth Woodville, born during a bleak period in the Wars of the Roses while his mother was exiled at Cheyneygate, next to Westminster Abbey, and his father was exiled and fighting for his throne.

Born on 2 November 1470 in exile, before his first birthday, his father would be restored to the throne, and he would become Prince of Wales. His younger brother, Richard was born on 17 August 1473.

In 1473, Edward was sent to Ludlow Castle in Wales to establish his own household and placed under the supervision of his uncle, Anthony, Earl Rivers. On 14 April 1483, he received the news that his father had passed away and that he must return to London for his coronation. As Edward was a minor, his uncle, Richard, Duke of Gloucester, was named Protector of the Realm until he reached his majority.

On the way back to London, Richard met with Edward’s party and ate with them in Buckinghamshire. The next morning, Earl Rivers, Richard Grey (Edward V’s half-brother), and Thomas Vaughn, Edward’s chamberlain, were arrested and subsequently executed. Richard escorted his nephew back to London.

On 19 May, Edward V was installed in the Tower of London. On 16 June, his younger brother Richard joined him.

While the princes were ensconced in the Tower, their uncle was meeting with Council members to discuss the next steps. A coronation date was repeatedly postponed, and the Woodville family kept trying to consolidate power away from the Duke of Gloucester. Elizabeth Woodville, now queen dowager, and her daughters, went back into sanctuary.

On 22 June, a theologian preached that Edward IV had already been pre-contracted to marry a woman named Eleanor Butler when he married Elizabeth Woodville in secret. If true, this would mean that his marriage to Elizabeth was invalid and that all of their children were illegitimate. An assembly of the Lords and Commons found this to be the case and taking into account that the deceased Duke of Clarence’s children were disbarred from inheriting the throne, this meant the Duke of Gloucester would be king.

On 25 June, the assembly of the Lords and Commons declared the Duke of Gloucester to be king. He became Richard III, and, though the princes were disinherited, they remained in the Tower of London and disappeared from history.

What Happened to the Princes in the Tower?

After Richard III ascended to the throne, the princes were moved to inner apartments within the Tower of London and were never publicly seen again after the summer of 1483.

It’s highly probable that they were murdered in the Tower—or that they died there of natural causes—but the popular opinion has always been that they were killed on the orders of their uncle to ensure his claim to the throne.

There’s also the possibility that they were murdered on the orders of future king Henry VII, who, after he took the throne, had rival claimants killed.

Another possibility: they escaped and lived in silence for the rest of their lives. A man named Perkin Warbeck claimed to be an escaped Richard in 1491, but he also claimed to be other men and he wasn’t taken seriously.

In 1674, workers found bones belonging to children while fixing a staircase in the Tower, and King Charles II ordered that they be placed in Westminster Abbey in an urn inscribed with the names Edward and Richard. A subsequent test performed in 1933 found that the bones were incomplete and some belonged to animals.

As for what happened to the Princes in the Tower, the mystery continues.