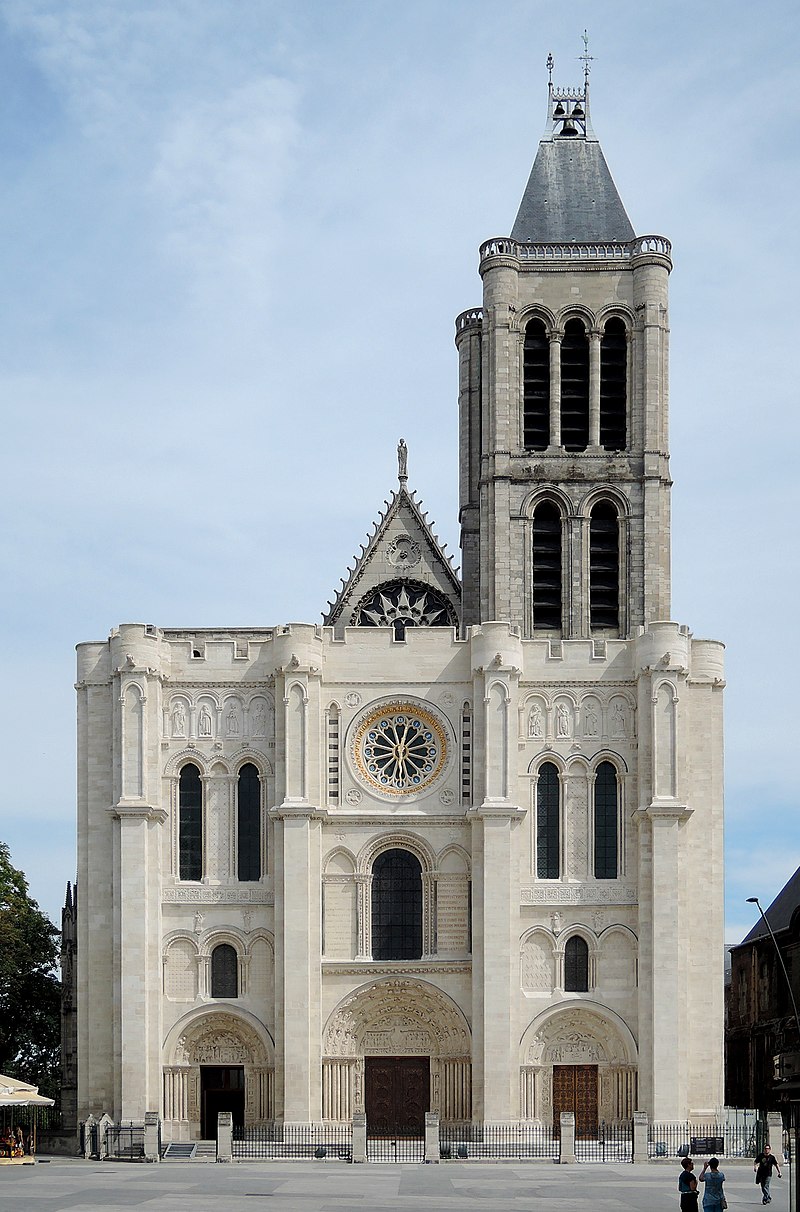 The west facade of the Basilica (Photo credit: Wikimedia Commons).

The Basilica of St Denis, the burial site of the Kings of France, is located in northern Paris, in the suburb of Saint-Denis. Saint Denis is a Christian martyr and patron saint of France and served as the first bishop of Paris in the third century.

The Basilica dedicated to this famous French saint is an architectural landmark, as the present building is widely considered to be the first church ever built in the Gothic style. Used for centuries as the burial place of the Kings of France and their families, the Basilica fell into disrepair with the French Revolution. The adjoining abbey was demolished in 1792, and only the Basilica proper was left standing, albeit severely damaged. Luckily the many tombs and monuments which adorned the interior had been safely hidden at the start of the Revolution and escaped destruction to be admired to this day.

All but three French kings from the 10th century to 1789 are buried at St Denis, although in many instances the actual bodies were removed during the French Revolution to be unceremoniously dumped elsewhere, often in mass graves, and nowadays only the empty tombs remain.

Napoleon reopened the church in 1806, but it was only in 1817 after the Bourbons were restored to power, that the mass graves were opened and the bones from the royal bodies collected and placed into an ossuary in the crypt of the church.

Among the kings and queens whose remains are buried in the Basilica are Clovis I, the first king of the Franks to unite all the local tribes under one ruler in the 5th century, Louis XV and his wife Marie Leszczyńska , Louis XIV, the famous ‘Sun King’, and his Queen consort Maria Theresa of Spain, and the last King and Queen, Louis XVI and Marie Antoinette.

The royal couple was initially buried in the churchyard of the Madeleine Church in central Paris, and subsequently re-buried in the Basilica of St Denis on 21 January 1815. The same happened with the remains of the King’s sister, Madame Elisabeth. Their son, who became Louis XVII upon his father’s execution died at the age of 10 while imprisoned. He had suffered from extreme neglect and had died of a scrofulous infection of long standing. He was initially buried in an unmarked grave, but his heart was later placed inside the basilica.

The last King of France to be buried at St Denis was Louis XVIII, Louis XVI’s younger brother, who reigned between 1814 and 1824, during the post-Revolution Bourbon restoration.

If you’d like to visit the Basilica Cathedral of Saint-Denis, you can find more information here.