Queen in all but name: the royal mistress who ruled a controversial king 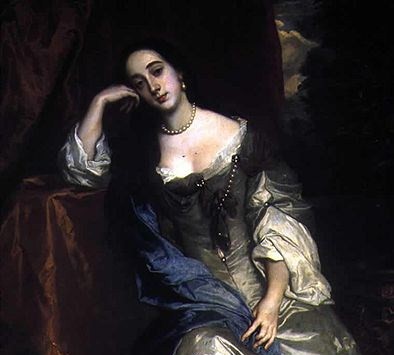 Charles II, the Merry Monarch, had several different mistresses. However, one of these mistresses stands out from the rest for several reasons- Barbara Villiers. John Evelyn pronounced her the “curse of the nation”, and she would hold sway over the Restoration court for decades, exerting huge influence on the king.

Barbara Villiers was born in St. Margaret’s, Westminster on 27 November 1640 to a Royalist family. Her father was the 2nd Viscount Grandison, and a half-nephew of the infamous 1st Duke of Buckingham (George Villiers, favourite of both James I and Charles I), and her mother was Mary Bayning, an heiress. Barbara and her mother were left with nothing after her father died after sustaining wounds during the First Civil War. The family were staunch Royalists, and would remain so. Every year, Barbara and her family would secretly toast the young Prince Charles on his birthday, 29 May.

Barbara went to London at fifteen to find more prospects. She was known as a beauty from an incredibly young age and would have been a prized wife for any Royalist, save for the fact that she had no money. On 14 April 1659, she married a prominent Royalist, Roger Palmer. Though they were both Royalists, the similarities ended there.  They sailed for the Hague at the end of 1659, and Barbara almost immediately became Charles’ mistress.

By August of 1660, the King was so enamoured of Barbara that her husband was made Earl of Castlemaine. The Palmers separated by 1662, as Barbara’s wild life at court and relationship with the King had taken over her life. Barbara had six children – five were acknowledged by Charles as his children, and were ennobled later in their lives. She was also made the Duchess of Cleveland and the Baroness Nonsuch. She even converted to Roman Catholicism for him, though Charles reportedly didn’t care either way.

Barbara was an extrovert who knew she had significant influence over the King. She accepted money from several different countries in order to help their causes at court, as well as taking money from the Privy Purse repeatedly. She spoke loudly and disparagingly of those she didn’t like, including the King’s ministers.

With the 1673 Test Act barring Catholics from holding any offices, she lost her court position as a Lady of Bedchamber. By this point, both Charles and Barbara had taken many different lovers. She was officially replaced by Louise de Kéroualle as the King’s favourite mistress, but Charles’ affections were with Nell Gwyn before her.

Barbara continued to live extravagantly, and had to sell many of the King’s gifts to pay for her lifestyle. She remarried in 1705 to Major-General Robert Fielding, but it turned out that he had married another woman two weeks prior. She died at home of dropsy, on 9 October 1709. Though she fell from the King’s favour, and from court, Sir Peter Lely’s portraits of her are still some of the most popular of the period.