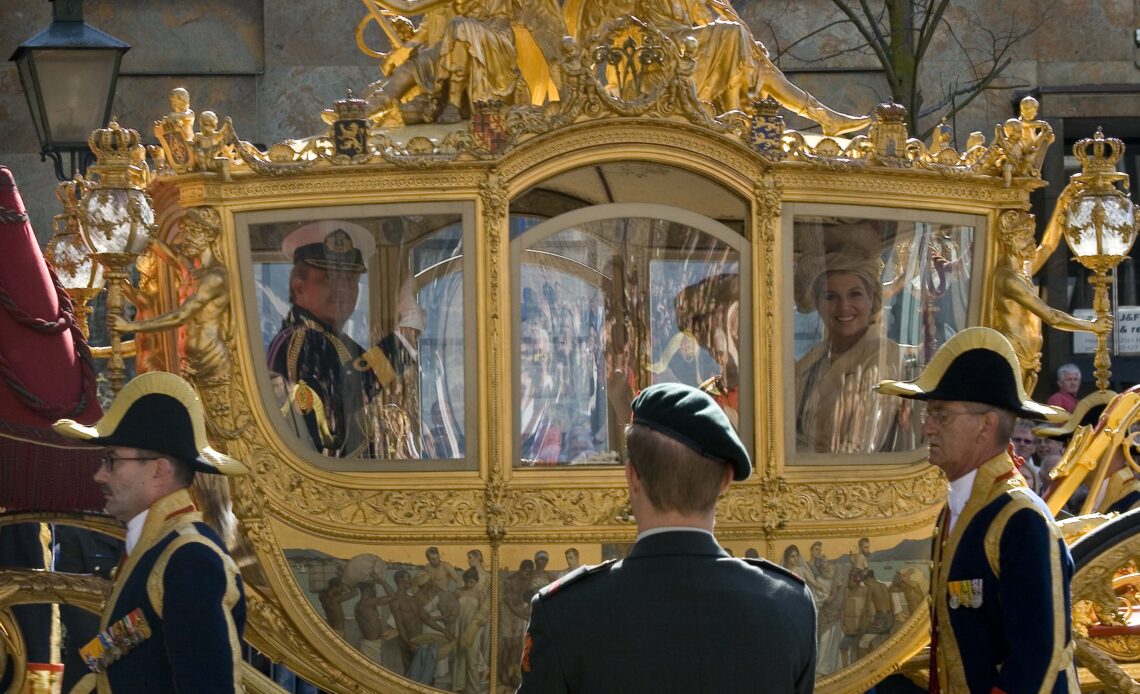 By Toni, CC BY 2.0, Wikimedia Commons

On Tuesday, 9 June, the Netherlands’ Golden State Coach arrived in Amsterdam to be featured in an exhibition.

The coach, used traditionally for state functions, such as Budget Day, has been undergoing a five years-long renovation, meaning that King Willem-Alexander has only been able to use it a handful of times during his reign.

The coach has now been placed in a glass case, which will sit at the centre of the Amsterdam Museum’s main courtyard, and it will be the central part of the museum’s newest exhibition, “Golden Coach.”

The exhibition aims to reframe the debate over this ceremonial vehicle, which has been at the centre of a tense debate over one of its panels, which seems to depict a celebration of colonialism. However, many experts disagree with this interpretation, saying that it isn’t a depiction of submission but a narration of the country’s ties to colonies and the mainland’s moral obligation towards natives in conquered territories.

Ms Judikje Kiers, the Director of the Amsterdam Museum, says the exhibition will look at the object from both perspectives, but that she felt it was important to reconnect the public to the object since it was the citizens of Amsterdam who commissioned and bought it for Queen Wilhelmina in 1898, as a present for her ascension to the throne.

The future of the coach remains uncertain at this point, with many experts debating if the Royal Family should start using it again or if it should remain as a museum piece.

The debate on history is not limited to this coach or to the Netherlands, either.  A few days ago, students removed a portrait of Queen Elizabeth II from a British university, stating that it seemed offensive to students coming from countries that were colonised by the British Empire.

The Netherlands’ Golden Coach is a work of fine craftsmanship, with almost the entire structure being made of teak wood covered in gold leaf. It also carries paintings by Nicolaas van der Waay – the one on the left panel is the painting jeopardising the future use of the coach.