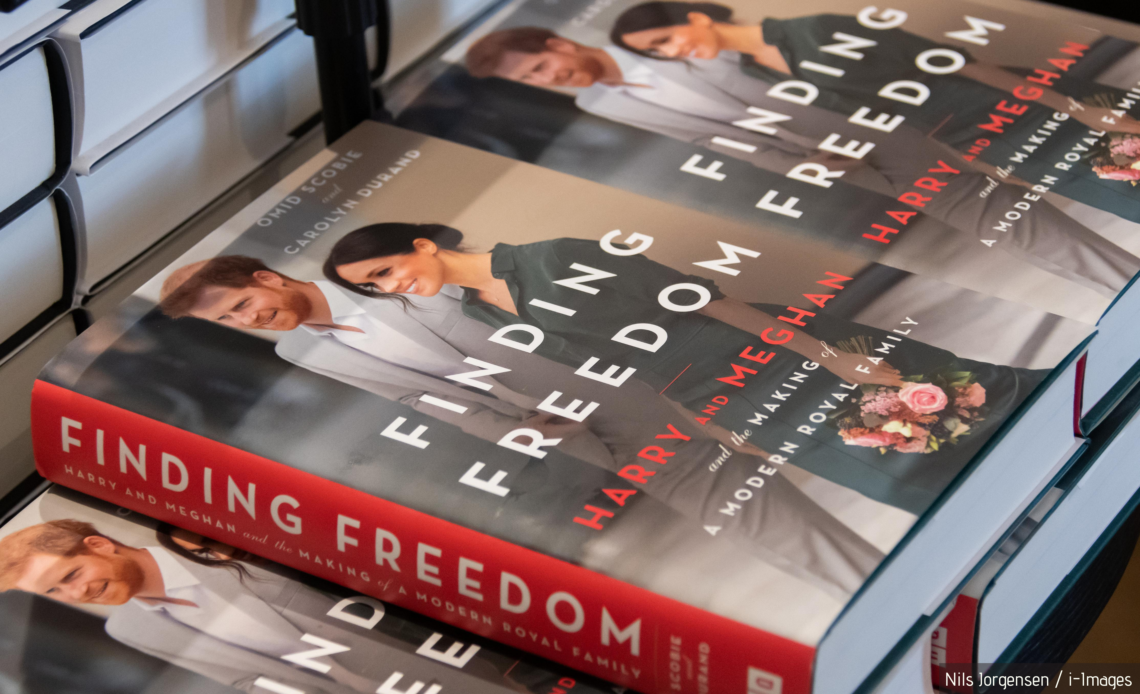 It’s the book everyone is talking about right now, and a week after its release, Finding Freedom by Omid Scobie and Carolyn Durand is topping bestseller lists and dominating the royal conversation on social media.

Readers are taken through the good, the bad, and the ugly of the Sussexes’ journey, but even if they’ve found “freedom,” this is a story where no one really wins.

Yes, the couple’s love story is highlighted in glowing detail, and we hear about Harry’s favourite emoji, Archie’s fired night nurse, and finally learn their dog’s name (Pula, if you’re wondering). But more than dishy details, the book leaves the reader with an overall sense of sadness for what could have been.

Harry and William’s relationship is fractured, The Queen was left “devastated” by their departure, and ultimately, Harry and Meghan didn’t get what they originally wanted. In addition, the immense potential the Sussexes had as working royals is something many royal watchers will mourn all over again after reading the book, even those who are unhappy with the way things went down.

Kristin Contino: There has been a huge reaction to your book on social media, both positive and negative. What do you make of the armchair critics who are already slating your book, or perhaps praising it, yet they haven’t even read it?

Omid Scobie: It was interesting to see such strong opinions or assumptions about the book in the press and on social media before anyone had even read it, but I think that says more about how some outlets or individuals feel about the Sussexes than anything else. To me, the most important thing was to tell a side of the story that hasn’t been properly explored or reported and I think we have achieved that. The book is now in its fifth print runs in the UK and US and it’s been really exciting to see people around the world enjoying it.

Tell us a bit about your writing process and how you and Carolyn collaborated on Finding Freedom. Did you each take different chapters, or divvy up sections based on certain areas of knowledge?

With so much reporting, source interviews and information to handle we worked from a huge master document where everything was filed, and then divided the writing between us. While our working backgrounds are similar, bringing together two distinctive writing styles together certainly provided us with new challenges, but Carolyn and I worked with fantastic editors at Harper Collins and Dey Street to harmonise the manuscript we see today.

With all the interviews you have conducted with those close to the couple, do you get any signs or signals that the couple may one day decide to return to the Royal Family? The Queen left the door open, but is that same door now firmly closed?

It’s always important to mention that the Queen made it clear to the couple that the door is open because it shows the continued support they receive from HM, even as non-working members of the Royal Family. However, it’s safe to say that this is a couple who are very much forward-focused and are clearly in a good place. The Sussexes are more engaged in the issues that matter to them than ever, the work on Archewell–their non-profit organisation–continues, and, as we have recently seen, they have established a permanent family base in California. The UK will always be important to them, but I don’t think we’ll ever see that happen again as working royals.

Do you miss being on engagements with Harry and Meghan?  Do you think there will ever be an opportunity for the couple to engage with the public in Britain (or anywhere) again, such as on walkabouts?

Just like the Cambridges’ union ushered in a younger royal watcher, the Sussexes attracted a more diverse audience when it came to those that supported them or joined the crowds at engagements. Whether it was indigenous girls in New Zealand or students in Fiji, I was always excited to hear how inspired they were to see someone they felt better-represented them standing in the House of Windsor. That chapter as working royals may be over, but I can see Harry and Meghan always looking at new ways to engage with young people everywhere. The virtual summits they have been attending were a great start!

Meghan and Harry have a group of passionate fans called The Sussex Squad, which you mention in the book. Although they have certainly carried out some positive initiatives such as raising money for the couples’ charities and patronages, some of these people also have been called out for apparent online bullying of other royal fans as well as members of the Royal Family. How do you react to this? Is it best to just ignore the social media drama of Team Sussex vs. Team Cambridge rather than constantly wade into it?

The level of toxicity and bullying on social media, no matter who or what you support, is out of control. I’ve seen appalling language and comments made by accounts supposedly supporting the Sussexes and exactly the same from individuals who claim to support the Cambridges or other members of the Royal Family. I’ve also been on the receiving end of more than one’s average share and know how frustrating it can be to try and stop it. Unfortunately without a more vested interest from companies that own these platforms, little will change in preventing online trolling, negativity and harassment. It is up to the likes of Twitter, Facebook and Tumblr to create safer places for people to engage in healthy conversation. By doing nothing about it, and I also include media outlets who leave comment sections under articles largely unmoderated, these companies are not only enabling this dangerous and divisive behaviour but they are also shamelessly cashing in on it.

What do you think the future holds for the Sussexes and their UK patronages? After COVID travel restrictions ease, do you ever see them ever returning to live part-time at Frogmore Cottage?

Harry and Meghan have made it clear that their work in the UK, including their royal patronages, will continue. While their base will be in the US, I think once travel restrictions ease we will see them moving around again and undertaking trips to the UK, both privately and professionally. After all, this is a couple that loves to get out there and be active in the field. Plus, a lot of the work they already started, including all four of Meghan’s patronages, are right here on British soil.