How many sapphires are there in the Imperial State Crown? 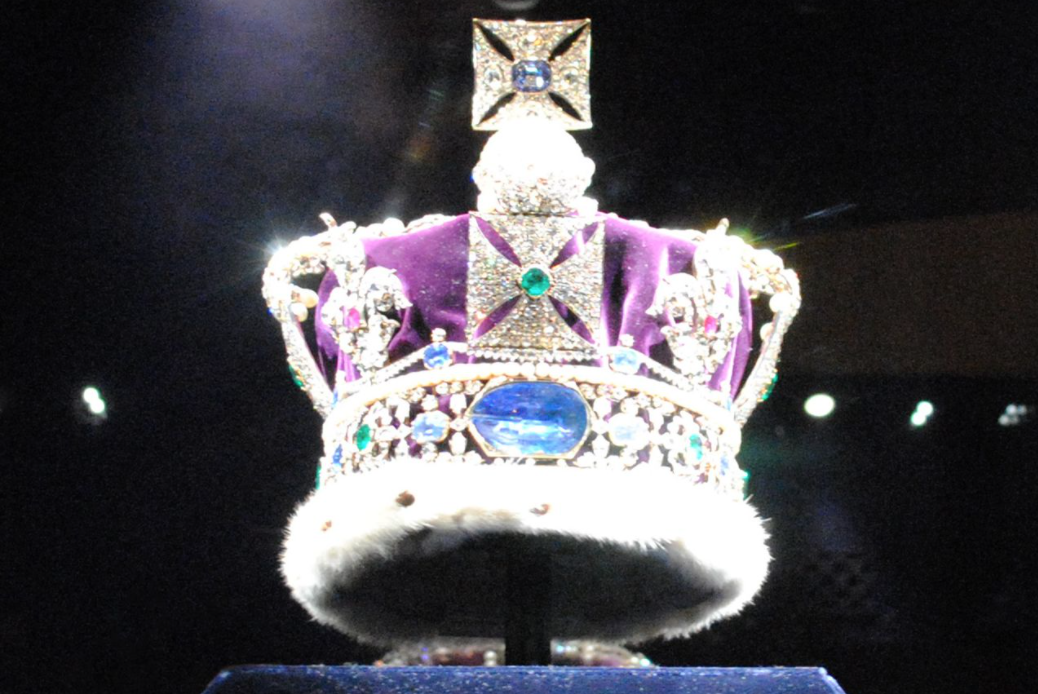 St. Edward’s Sapphire is one of the notable sapphires in the State Crown. It is an octagonal, rose-cut sapphire and sits in the cross at the top of the crown. It supposedly dates back to the reign of Edward the Confessor. There is a legend that a beggar asked Edward for alms, but having no money, Edward gave the beggar a ring. The beggar was St John the Evangelist, who asked two pilgrims to return the ring to England. Edward was buried with it, but in the 12th century, it was taken.

Historians are unsure of what happened to the ring during the English Civil War, but it is thought that it was recut for Charles II. Queen Victoria had the sapphire added to the State Crown, at the centre of the cross where it is seen now.

The Stuart Sapphire is a large sapphire set into the back of the band. It is roughly 104 carats, and historians think that it was smuggled out of England by James II when he fled during the Glorious Revolution in 1688. It passed down the Stuart line, which ended with Henry Benedict Stuart, Cardinal York.

George IV was particularly interested in the Stuarts and sent an agent to collect any remaining Stuart items, including the sapphire. He purchased it, and it was added to the Royal Collection. Queen Victoria had it set in the front of the band of the State Crown for her coronation in 1838, but in 1909 it was shifted to the back to make space for the Cullinan II diamond.

There are also several smaller sapphires that support swags of diamonds underneath the crosses and fleur-de-lis.