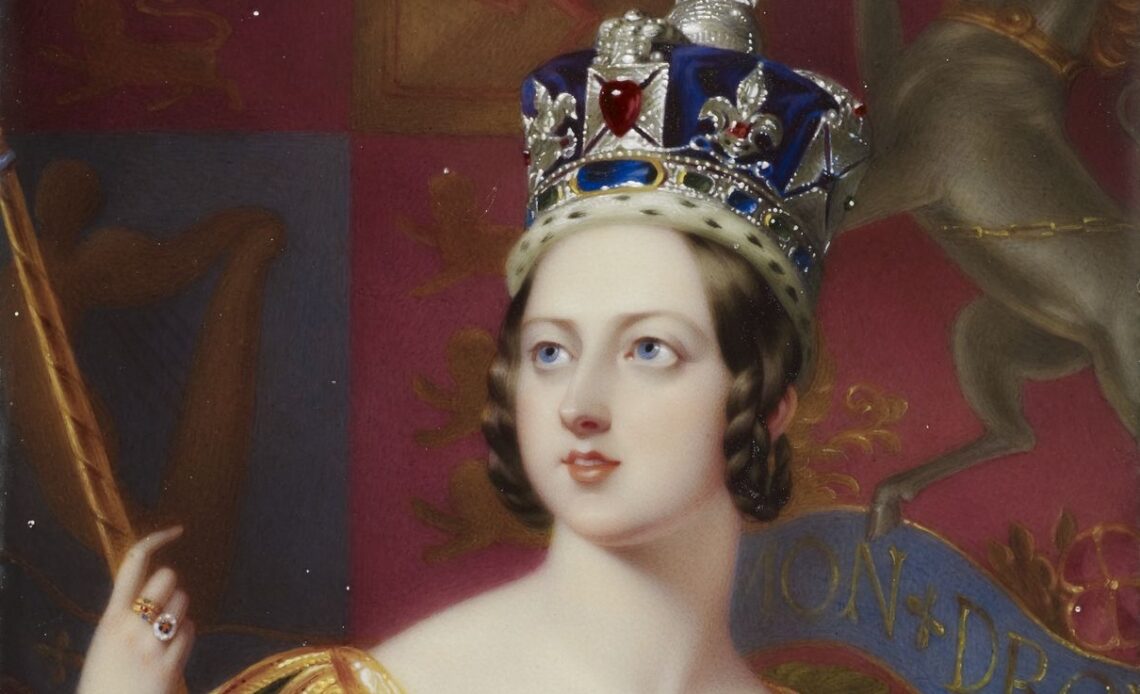 Today, we’re looking at a royal history mystery involving Queen Victoria and a controversy that swirled early in her reign. What was the Flora Hastings Scandal?

Queen Victoria was poised for the throne from birth. By the time her uncle, William IV, became king in 1830, she was his only legitimate heir. She was the granddaughter of King George III and Queen Charlotte who, despite having fifteen children together, had few legitimate grandchildren.

The unhappy marriage of their first born child, the future George IV, had produced one daughter, Princess Charlotte of Wales. But when she died in childbirth in 1817, the future of the throne was in doubt. George was still legally wed to Caroline of Brunswick so it fell to his brothers to marry and produce heirs. One of those siblings, Edward, Duke of Kent, welcomed a daughter, Alexandrina Victoria, on 24 May 1819. She would be their only child as her father died of pneumonia just months later.

Her mother, Victoria, employed an attendant to serve her household. His name was John Conroy, and together they devised the Kensington System. The Kensington System was a series of strict rules and regulations that the young Alexandrina Victoria lived under to render her dependent on her mother and Conroy. Their hope was that the young girl would come to the throne while still a minor, ensuring her need for a regency that they would control.

They tried to force her into naming Conroy as her personal secretary and treasurer but Alexandrina Victoria would not budge and when she came to the throne in 1837, she was a month past her 18th birthday, meaning no regency was required.

One of her first acts as Queen Victoria was to banish Conroy from her sight and to banish her mother to separate apartments. But she was left with a deep distrust of some of those who had served at Kensington Palace. Amongst those she distrusted: her mother’s lady-in-waiting, Lady Flora Hastings.

What was the Flora Hastings Scandal?

Queen Victoria deeply distrusted Lady Flora Hastings. She was a reminder of the childhood she’d endured and she couldn’t bare to be in her presence. Victoria tried to keep everyone as far away from her as possible in distant parts of Buckingham Palace.

In 1839, Lady Flora Hastings saw Queen Victoria’s physician for stomach pains and swelling in her abdomen. As she wouldn’t agree to a thorough examination, the doctor could not properly diagnose her, so he assumed she was pregnant and unwed.

Her enemies—Queen Victoria’s closest friends and confidants—began spreading that rumour, and Queen Victoria wrote in her diary that she suspected Conroy was the father. Lady Flora responded to the rumours by writing a letter for the newspapers accusing a “certain foreign lady,” Baroness Lehzen, of spreading them.

Lady Flora finally consented to a medical examination and it was proved that she wasn’t pregnant. Instead, she was suffering from an advanced form of liver cancer that produced a large enough tumour to mimic the distended stomach of a pregnant woman.

After Lady Flora passed away in June 1839, Conroy and Flora’s brother began a smear campaign against Queen Victoria and her physician for spreading the rumours and her popularity took a hit.

However, Conroy’s plan of showing the public that the young queen needed some form of guidance that he could provide failed, and Queen Victoria’s popularity bounced back in 1840 following her marriage to Prince Albert and the birth of her first child, Princess Victoria.