George V – The Queen’s grandfather who made the modern monarchy 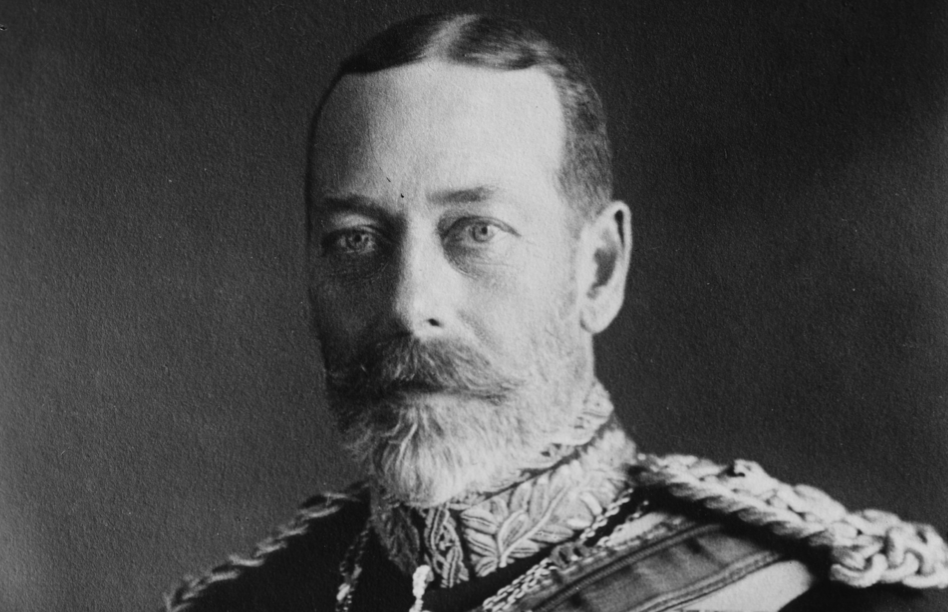 Most British monarchs have something that their reign is remembered for more than anything else, even if they actually had little to do with it beyond offering their support. Think of Queen Victoria and the Industrial Revolution, or George VI and the Second World War. But one monarch stands out for me as having a personal defining moment, something that he did, and which shaped the British Monarchy from that point. In effect, he created the Monarchy as we know it today.

George V came to the throne in 1910, following a long period where Europe’s and Russia’s royal families had been closely linked through marriage. In the years that followed, royal visits between the various families continued, but with the coming of The Great War (now called World War One) in 1914, all this changed. According to his biographer, Kenneth Rose, George was “no more than an anguished and impotent spectator” and it must have been horrifying to see his wider family torn apart.

By 1917, the British public was extremely anti-German. German owned shops in Britain were destroyed and German dogs were put down. George felt very uncomfortable with being linked with Germany – he had too many relations there still living (Kaiser Wilhelm was his cousin) and too many German ancestors (George I was invited from Germany to take the British throne in 1714 to ensure that a Protestant reigned). There was also a revolutionary feeling stirring across Europe, Britain had suffered mass strikes and unrest in 1911-12. George’s position as monarch seemed shaky.

George himself had made mistakes earlier in the War, not wanting the Kaiser to be stripped of his honorary commands of British regiments or his British honours of chivalry. He felt family loyalty was important, but the public disagreed and thought he was too close to the Kaiser.

So in 1917, this all came to a head when George heard that H G Wells had reportedly complained that England had an alien and uninspiring court. George famously responded: ‘I may be uninspiring but I’m damned if I’m an alien’. Helped by his loyal adviser, Lord Stamfordham, George decided it was time to alter the monarchy if it was to survive.

Change number One – A change of name. George’s family name was Saxe-Coburg-Gotha – a bit too German. As the royal family did not know what their original surname might be, they asked The Royal College of Heralds to look into it. The College thought the royal surname might be Wipper or Wettin. These did not sound terribly inspiring so it was decided a surname should be invented – the result was Windsor. This sounded British, solid, and had historical connections. At the same time, George altered the surnames of his relatives to make them sound more British. The Tecks became the Cambridges and Athlones, among other British place names. The Battenbergs became Mountbattens.

Two – King George and Queen Mary decided that their children would be allowed, even encouraged, to marry into British families. This change was hugely significant – before, royal princes and princesses had nearly always married foreign royalty. It was considered proper that royalty should marry royalty and not commoners. But this policy was not liked by the British public, especially not when Europe’s countries were at war with one another. The welcome change meant that the future George VI could marry Lady Elizabeth Bowes Lyon, who became our much loved Queen Mother. In time, Prince Charles and Prince William among others could also marry ‘commoners’. While this seems normal today, it was a huge change at the time.

Three – The honours system was radically changed. Before this, there were no honours for ‘ordinary people’. The Order of the British Empire was created with the well known OBEs, MBEs and CBEs that we are used to today. Now, anyone could receive an honour if they deserved it, rather than just the elite, artists and scientists, and members of the military as before. It might not have been George’s initial idea, but he immediately supported it.

Four – Something that we take for granted today, George made the simple change of ‘being seen’ more. Much in the same way that our current Queen is credited with inventing the Royal Walkabout, George took ‘getting out and about’ to new levels. He visited industrial areas and poor housing, went down a coal mine and went on a relentless round of opening hospitals and inspecting regiments. Queen Mary once retorted to a princess complaining about yet another hospital visit: “We are the royal family – and we love hospitals”. Again, this sounds quite ordinary now, but that is credit to George and Mary, and the precedent they set. As our Queen once said “I have to be seen to be believed”. Modern monarchy is all about being seen.

Our royal family would look very different today without George V and his advisers, if we even had a monarchy at all.