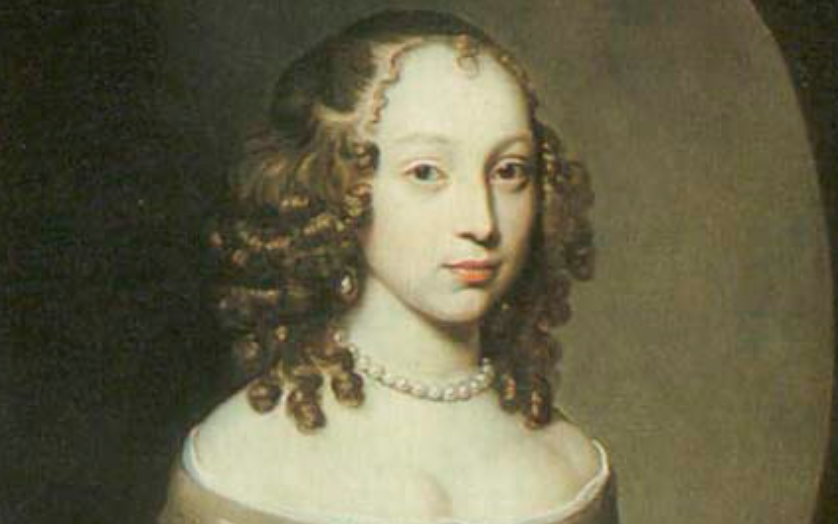 King James II tends to be largely ignored. Following his brother’s long Restoration reign and removal during the Glorious Revolution for his Protestant daughter and son-in-law, his reign can feel like a footnote in a lot of discussions. And unfortunately, those in his life tend to get the same treatment. While he might not have had the many, many mistresses that his brother did, James did have a few, including Arabella Churchill.

Born in Musbury, Devonshire, on 23 February 1648, Arabella was the eldest of Sir Winston Churchill and Elizabeth Drake’s children. (Yes, he is an ancestor of the larger-than-life twentieth-century prime minister of the same name.) Her father was a Royalist during the English Civil War and a Member of Parliament. Her mother was the niece of George Villiers, the 1st Duke of Buckingham (and favourite of James I and Charles I).

In 1663, Arabella was sent to court to be a Maid of Honour, a common practice for the teenage daughters of the nobility. She served the Duchess of York and by 1665 was James’s mistress (he was then Duke of York). As the King had not had any children, James was the heir presumptive and held quite a lot of power. People were slightly surprised, given that a contemporary described her as a “tall creature, pale-faced, and nothing but skin and bone.” However, she had a quick wit and was known for her intelligence.

The couple were happy together and had four children. Henrietta (1667-1730), James (1670-1734), Henry (1673-1702), and Arabella (1674-1702) were given the surname FitzJames, which literally translates to “son of James”. (The “Fitz” surname was incredibly common for royal children born out of wedlock and was used by countless monarchs and royals throughout the centuries.)

After giving birth to their first child in 1667, James gave Arabella a lavish house in St. James Square and an annual pension; this was fairly normal for royal relationships. Given that the Duchess of York died in 1671, she was some comfort to him. Their relationship ended in 1673 with James’ marriage to his second wife, Mary of Modena.

Arabella would go on to marry again; in 1680, she married Charles Godfrey and had three more children with him. She died in 1730 at the age of 82 and is buried in her brother’s tomb at Westminster Abbey.

Notably, her brother, John Churchill, and his wife, Sarah, also attached themselves to a royal. Sarah was close friends with the future Queen Anne, and John’s military prowess during his reign earned him the title of Duke of Marlborough, as well as the stately Blenheim Palace.

Arabella is one of the Spencer family’s ancestors, including the late Princess of Wales.