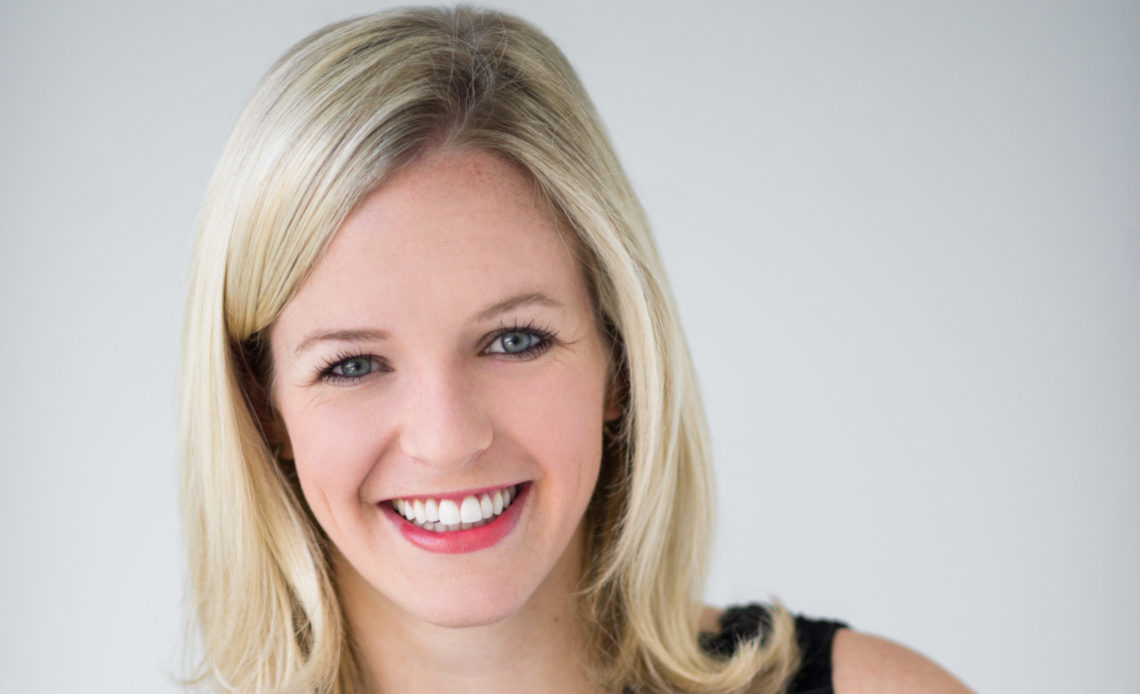 What if America had its own royal family? New York Times bestselling author Katharine McGee took this question and ran with it in her latest young adult novel, American Royals. Telling the story of Princess Beatrice, heir to the American throne, her younger sister, Samantha, and brother Jefferson, McGee weaves a fun and fast-paced coming-of-age story of love, duty, and sacrifice to the crown.

McGee took the time to chat with Royal Central about the novel, her favourite member of the Royal Family, and what to expect from the upcoming sequel to American Royals, titled Majesty.

Kristin Contino: How did you get the idea for a novel about an American royal family?

Katharine McGee: When I was younger, I used to steal my mom’s Philippa Gregory novels and read them in secret. I’ve been an avid reader of historical fiction ever since! Royalty is such a compelling plot device—it’s all about power, and those who were born with it versus those who have to fight for it. I’d always dreamed of writing my own historical fiction, something with forbidden love and political intrigue and villainous characters scheming for the throne. (Which, of course, all exist in American Royals…)

It was the Cambridges’ wedding in 2011 that planted the seeds of this book in my mind. I was living in New York at the time and actually watched the live broadcast with friends at a bar, even though it aired at 6 AM (the things you do at age 23…!) The moment the newlyweds kissed, it felt like all of New York broke out in cheers. I remember marvelling at how invested Americans felt in the fairy tale of it all, even though we don’t have royals of our own. Which got me to wondering… how would the world be different if we did have a royal family?

As an American, did you find it hard to picture your country having a monarchy at first? Walk us through how you decided to create their ruling system.

America with a monarchy—it seems like both an obvious concept and a counterintuitive one. After all, many people ask, didn’t we fight the Revolutionary War to escape monarchy? But that isn’t really true. It’s easy, now, to take the American political system for granted, but in the 1770’s the idea of a democratic-republic was wholly radical and unprecedented. I was surprised to learn how many of the Revolutionary soldiers assumed that the war would result in an American monarchy, with George Washington on the throne. It wasn’t the theory of monarchy that they were opposed to—after all, they didn’t know anything else—but this particular monarch, who lived across the ocean and had never even visited America.

In creating a modern monarchy, I tried to use the most recognizable royal structures (like an aristocracy) but put an American spin on them. And of course, I had to decide what the rest of the world looks like. If you assume that the American Revolution helped inspire other revolutions in world history, from the French Revolution to that of the Spanish-American colonies, it follows that those monarchies still exist in the world of American Royals. My goal was to capture all the eighteenth-century sparkle and glamour but to interweave it with twenty-first-century attitudes about society and inclusivity. I obviously didn’t want to write a modern world that featured serfdom or slavery. So, you’ll still see the Romanovs ruling Russia, but you’ll also see black and Latino dukes at the highest levels of American aristocracy.

Although Daphne is supposed to be the social-climbing villain, she actually ended up being my favourite character. Which of your characters was the most fun to write?

I don’t know if I can pick a favourite! But Daphne is definitely the easiest to write because her chapters are always so clear. Every time I approach a new scene, I have to ask myself what the character wants and what she’s willing to do to get it. That can get muddled with some of the characters—Samantha is often her own obstacle, and Nina struggles to understand what she wants—but with Daphne it’s inevitably clear! What does she want? Prince Jefferson. What is she willing to do to win him? Anything.

Speaking of favourites, do you have a current favourite member of the British royal family (or any royal family?)

Princess Charlotte might be my current favourite. She seems already to have such an irrepressible sense of mischief! I can’t wait to watch her grow up—I feel like she’s going to be a real style icon.

Do you ever wish America really did have a monarchy?

It’s impossible to read a novel set in an alternate reality without comparing it to our current reality. And a lot of this book did arise from my thoughts about America’s current political system. After all, the central character is Princess Beatrice, who will be America’s very first queen. (Of course, it goes without saying that America still has never elected a woman to its highest office—that unlike Britain, where girls can look at a history of queens and female PMs, there are no such precedents in America). It was important to me to tell the story of a young woman coming into a position of power that has, until now, always been occupied by men.

What can you tell us about the sequel, Majesty? Is there a third book in the works as well?

Right now American Royals is just two books, so the story concludes at the end of Majesty… but I know better than to ever say a series is really done. I have some ideas for where I would take the characters in a third book, if I ever decide to write one!

Majesty is filled with more of everything you’ve come to expect from American Royals. More drama, more romance, more intrigue, more secrets coming to light. It’s also got some fun new characters and explores new corners of the American Royals world. I feel like the ending is going to surprise a lot of readers! But all I can say about that is to quote Oscar Wilde, and remind you that “the good ends happily and the bad unhappily. That is what fiction means.”

To hear more from Katharine McGee with a special bonus question video, head over to Royal Central’s Instagram story.

Order your copy of American Royals here or pre-order Majesty.