A Royal Wedding Anniversary: the marriage 85 years ago of the Duke of Kent to Princess Marina of Greece was memorable in many ways, writes Jane Dismore 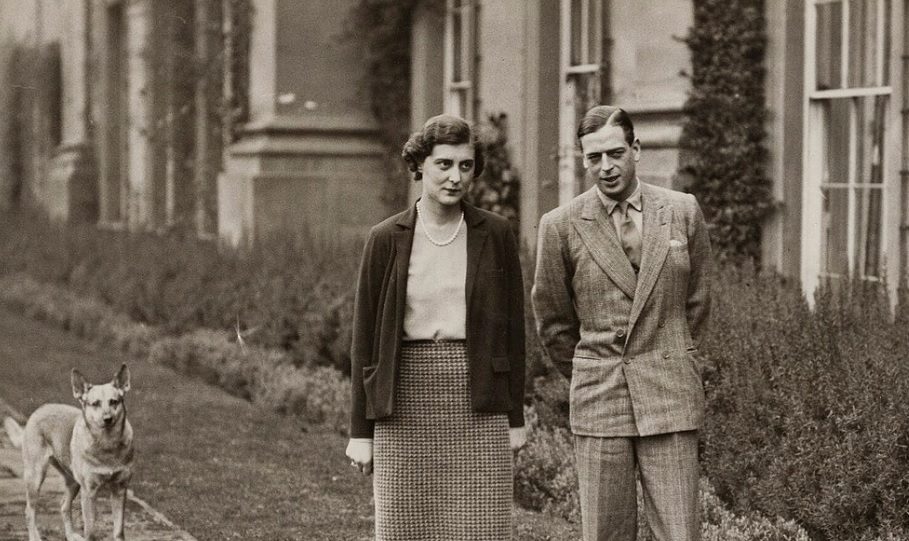 ‘Marina is pretty & charming & I think Georgie is very lucky to have found such a delightful bride.’

These happy words in September 1934 from Queen Mary, mother of Prince George, to Lady Desborough barely disguised the relief she and George V felt as they approached the marriage of their youngest son to the granddaughter of the late King George I of Greece.  Their eldest son David, Prince of Wales, had turned 40 in June and had still not done his royal duty, despite being presented with a list of available European princesses.  The only woman he had ever wanted to marry, he said, was a previous mistress, Freda Dudley Ward, who was married with two daughters.

It was 85 years ago, on 29 November 1934,  that the newly-created Duke of Kent married Princess Marina of Greece. The occasion was notable in several ways. It engendered a sense of continuity that had been lacking in the royal family since Prince Albert, ‘Bertie’, Duke of York, married Lady Elizabeth Bowes Lyon in 1923 and became the doting father of Princesses Elizabeth and Margaret.

The union also brought stability into Prince George’s private life. Nearly 32, he was tall, good-looking and the most aesthetically aware of the family.  After serving in the Royal Navy, where he suffered chronically from seasickness and insomnia, he became a Factory Inspector for the Home Office which he loved, and as such was the first member of the royal family to be a Civil Servant.  But although hardworking and popular, he had had a tumultuous private life. He had enjoyed relationships with both sexes, but probably the most damaging was with the socialite Kiki Preston, known as ‘the girl with the silver syringe’, who introduced him to hard drugs. The Prince of Wales intervened, took charge of his brother’s recuperation, then persuaded Preston to go abroad.

Among other affairs, Prince George fell in love with Poppy Baring of the banking dynasty.  In 1927 he told his parents he wanted to marry her, which he thought they had accepted, but ten days’ later it was mysteriously off, following their intervention without George’s knowledge. Happiness eventually came in the form of the beautiful, intelligent Princess Marina. A glamorous, sophisticated couple, the wedding caused great excitement at home and abroad. One little girl who particularly looked forward to it was Prince George’s niece, eight-year-old Princess Elizabeth of York, one of the bride’s two trainbearers.

On the day of the wedding the crush in the streets was so great that first-aid stations were set up. Even though it was winter, many people had slept in the streets overnight to catch a glimpse of the royal couple. It was worth the wait just to see Princess Marina leave Buckingham Palace for Westminster Abbey in a glass coach, her dress adorned with silver brocade, her delicate beauty veiled in white tulle and crowned by a glittering diamond tiara.

As they waited in the Abbey, many guests would have been aware of an ongoing drama that involved relations of the royal family. The guest list included George Mountbatten, 2nd Marquess of Milford Haven, and his beautiful, extrovert wife Nada, by birth a Russian countess. The Marquess was the older brother of Lord Louis Mountbatten and younger brother of Princess Andrew of Greece and Denmark (mother of Prince Philip) and Louise, Queen of Sweden, all of them great-grandchildren of Queen Victoria.

George and Nada were close friends with a wealthy American widow, Gloria Morgan Vanderbilt, twin sister of Thelma Furness (another of the Prince of Wales’s mistresses). A few weeks before Prince George’s wedding, Nada was embroiled in a notorious legal case in New York concerning the custody of Gloria’s 10-year-old daughter (also Gloria). In attempting to show Gloria was not a fit mother, her late husband’s family relied on hearsay evidence about her lifestyle.  It included allegations that she was in a relationship with Nada, whose sexuality was said to be fluid. When Gloria’s French maid testified that she had seen her employer and Nada together in a way that suggested they were lovers, the Judge closed the courtroom to hear her evidence in private. The case was all over the press, both in the US and in Britain, with Nada publically saying she wanted to support her friend in court.  She was dissuaded from doing so by, among others, the King.  Weeks later, the court ruled that young Gloria was to live with her aunt.

Attending Prince George’s wedding in nut-brown, with a tomato red hat and furs, Nada cut a striking figure. Her nephew Prince Philip, aged 13, was pleased to be among family at his cousin Marina’s wedding – an occasion that was also significant for being the first time he and Princess Elizabeth met, although she said later that she did not remember. As Philip watched his cousin walk down the aisle on the arm of her father, Prince Nicholas of Greece, followed by six bridesmaids, he could not have missed Elizabeth, even if she was too young for his specific attention.  She was concentrating on carrying the train with young Lady Mary Cambridge. ‘They gave the impression of fairies with their fluffy white frocks all gleaming with silver stars,’ noted one enchanted observer. After a Greek Orthodox ceremony at Buckingham Palace, guests tucked into sole, braised lamb and partridge, followed by peach melba and sweet baskets.

How poignant it is to look back at people with knowledge of their future. The Kents would have three children, Edward (the current Duke), Alexandra and Michael, but would enjoy less than eight years of marriage: Prince George was killed in August 1942, aged 39. And when Prince Philip and Princess Elizabeth of York met each other that day, neither had an inkling that she would become Heiress Presumptive at the age of ten, or that, almost exactly thirteen years later, they too would be marrying.