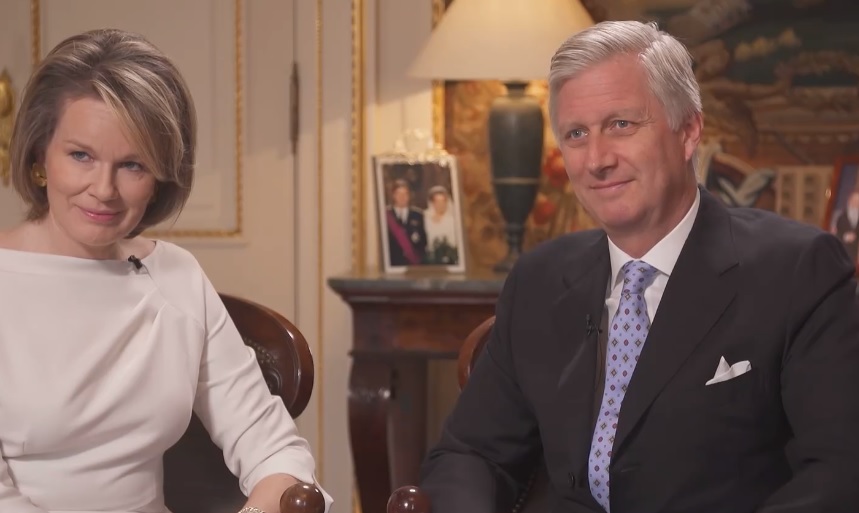 Belgium’s King and Queen have given a rare interview to mark their twentieth wedding anniversary. And speaking to RTBF, King Philippe revealed that the couple’s romance and marriage plans had left them ”on a cloud”.

The couple spoke to Patrick Weber for a special programme celebrating the two decades since they became husband and wife. The interview was recorded at their home at Laeken and broadcast in Belgium on November 29th 2019. And during the chat, Queen Mathilde revealed that she would always remember the moment her engagement to the then heir to the throne was announced, saying it had changed her life forever.

King Philippe also revealed just how special the days leading up to the surprise announcement of their engagement had been. He told the programme that ahead of their first appearance as a couple, they had spent time at a secret location while the king also spoke of his happiness at the way the Belgian people had welcomed his fiancee.

Mathilde had a secret to share as she recounted how she had spent her last few days as a private citizen. She told the documentary that when rumours began to circulate that Philippe, then heir to the Belgian throne, could be getting married, she realised people might start looking for her. So she went to a favourite book shop and, while she was there, she heard news reports and discussions on the radio about a possible royal engagement. However, she managed to stay under the radar – when the engagement was announced, no one had a recent photo of her to use in media reports.

King Philippe couldn’t contain his happiness as he lauded his wife throughout the chat, praising her for many things from her beauty on their wedding day to her continuing hard work and devotion to duty. And the couple also spoke about how important family life was to them, underlining the effort they put into ensuring their children have as a normal an upbringing as possible and know that their parents are always there for them.

The King and Queen of the Belgians also looked to the future. Philippe told the programme that, on their 20th wedding anniversary, what mattered to them was looking ahead to the next 20 years and using them to make those around them as happy as possible.

Philippe and Mathilde married on December 4th 1999 in Brussels. They became King and Queen of the Belgians on July 21st 2013 on the abdication of Philippe’s father, King Albert II. In October 2019, they marked the coming of age of their first born child, Elisabeth, who is heir to the throne.

The full interview can be seen on RTBF.