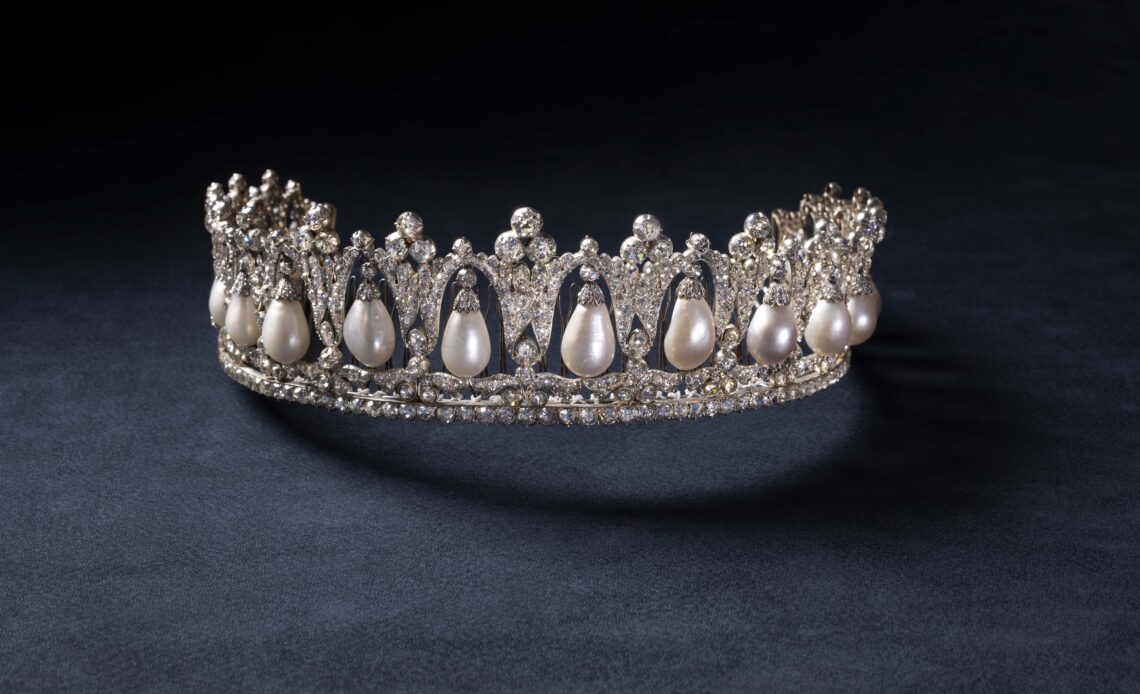 A special exhibition marking the historic reign of Queen Margrethe II of Denmark through jewellery will open as her Golden Jubilee celebrations get under way.

The display, called ”A Queen’s Jewellery Box, 50 years on the throne told in jewellery”, will go on show at the Amalienborg Museum at Christian VIII’s Palace as Margrethe reaches her half century as Monarch of Denmark.

Over 200 pieces will be included in the exhibition, all of them with a link to an event in Margrethe’s reign. Lesser known pieces will be on show alongside some of the gems most associated with her, including her all diamond ‘Daisy’ brooch which she wears frequently at important events.

Other items include the ruby ‘Horseshoe’ brooch which her father, Frederik IX, gave her when she was named heir to the throne following a change to the Constitution in 1953 and which she wore as she was proclaimed Queen of Denmark following his death. Another star exhibit is the famous Pearl Poire tiara which she often wears for gala and state events and which she chose for her first formal portrait as Queen of Denmark following her accession on January 14th 1972.

Margrethe II has voiced the audio guide that accompanies the exhibition meaning that visitors will hear first hand just why these gems are so important to her and her reign. All the items in the exhibition have been chosen to represent Margrethe’s role. Ahead of the event, organisers said that the Queen of Denmark views the royal jewellery collection as ”symbols and bearers of memories, friendships, continuity, of life as Denmark’s ruler for 50 years and 50 years of Danish history.”

The exhibition opens on January 14th 2022, the 50th anniversary of the accession of Margrethe II of Denmark. It will run until October 23rd 2022. Information about tickets can be found on the Amalienborg website.