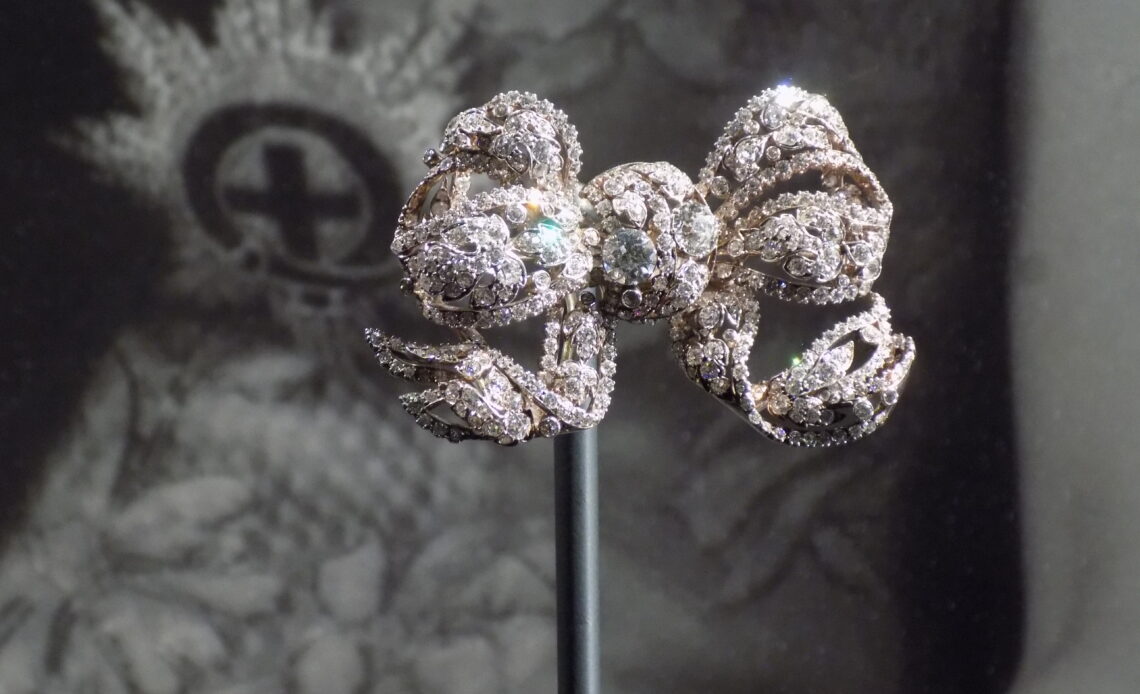 It’s among the lesser known sparklers on show at Buckingham Palace this year but a pretty diamond brooch, passed among queens before they were majesties, provides a fascinating glimpse into how family and royal intertwine.

The Dorset Bow Brooch is one of the special gems on display at the Palace as part of the summer exhibition there marking The Queen’s Accession.

Glittering beneath the lights, it’s part of the telling of the start of Elizabeth II’s reign that makes up this Jubilee event. And it has a very special link to a woman who helped shape the most famous reign of the 20th century.

Mary was given the brooch in 1893 when she married George, Duke of York, younger brother of her recently departed first fiance, Albert Victor. Mary had been chosen as the perfect royal bride by Queen Victoria for the man who was second in line to her throne. When he died, a suitable if brief period of grief was followed by a suitable and rather fortuitous pairing with the brother who would now take his place in the line of succession. Mary was a very important royal bride and people around the country began to send her gifts.

Among them were the residents of the County of Dorset who clubbed together for a diamond brooch for the queen to be. Mary became rather fond of it which was far from surprising as she was rather fond of anything made of precious stones. It became part of a huge collection of jewels. When her granddaughter, Princess Elizabeth, married in 1947, it was among the many sparkling gifts she presented to her. It took on a special dynastic significance a year later when the newlywed princess gave birth to a son and wore the brooch for the christening.

Since then, it’s been a favourite of The Queen and its inclusion in the Buckingham Palace display only underlines its importance.

Close up, it is very pretty and very intricate and, despite being one of the smaller pieces in the exhibition, it exudes a charm that makes it a major attraction.

It might now be associated with the most famous Monarch of modern times but it’s a link with a past and a reminder of a special bond with a queen now long gone.