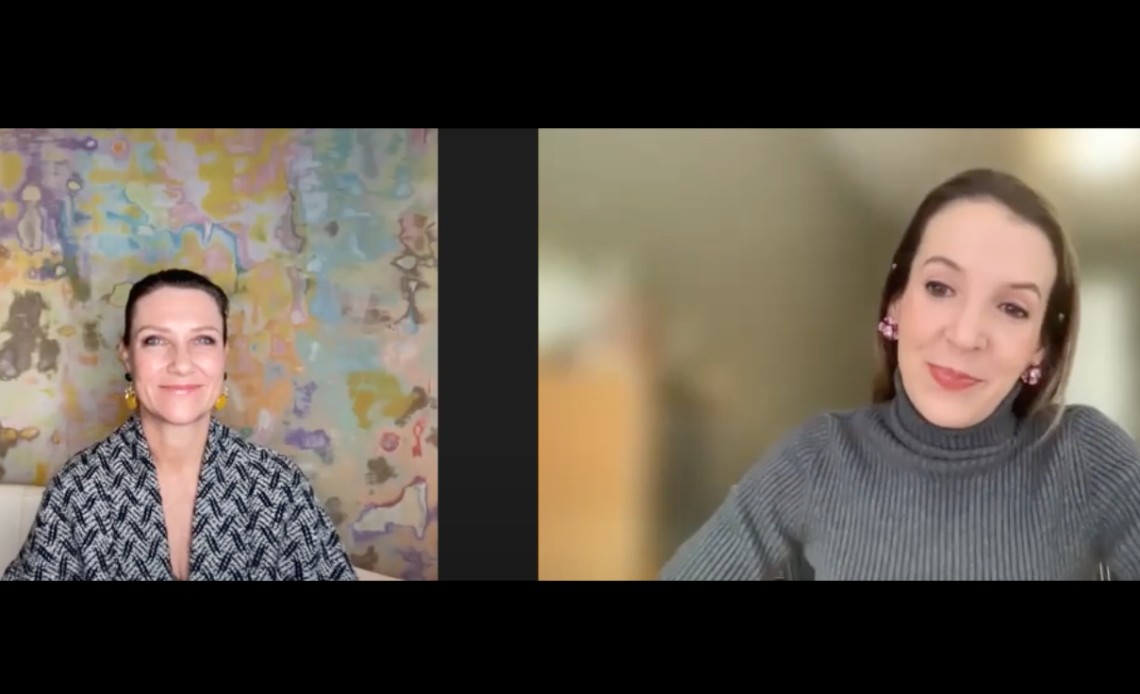 Princess Märtha Louise of Norway has appeared on Tessy Antony de Nassau’s podcast “Zoom O’Clock” to talk about her life.

Princess Märtha Louise said she had a good holiday season in Los Angeles and returned to Norway in time for her children to begin school again. She then spoke of her daughter Maud’s book “Thread of Tears,” about a woman who knits her tears due to being so sad. The tears become a “fortress” until someone reaches out to help.

Märtha Louise said that the loss of Ari has been a long process for her three daughters, and she thinks Maud’s book has been “a positive thing for her to share with people so that she also work through her pain and all the things she has been through with her sorrow.”

She also called Maud an “amazing artist” who has been able to turn what she went through into something positive. Märtha Louise admitted she didn’t know sorrow could be so exhausting until she and her three daughters were faced with it.

“I think it’s so important that whatever we go through as human beings, and we all go through so many different things, and sorrow is one thing that we all have to meet at a certain point of life. Unfortunately, my kids met it at a very young age, but we all go through it at some point,” the Princess later said.

Märtha Louise went on to say she fell into a depression after Ari’s death and stressed the importance of talking about mental health. She spoke passionately about helping those with mental health issues and how Maud is also passionate about the subject.

Märtha Louise talks about how she makes her own income, her connection with angels and the peaceful journey that goes with it.

She also revealed she did not create her spiritual business to prove a point but because “it was right for me.” She’s proud of the lives changed through it and how that made up for all the negativity surrounding the business at its inception.

The Princess also spoke about her relationship with Shaman Durek Verrett, the negative press they have received since revealing their relationship and how her concept of racism has changed.

Märtha Louise and Tessy have been friends for several years.

Princess Märtha Louise is the elder child of King Harald and Queen Sonja of Norway. At birth, she was not given succession rights as only men could inherit the throne; however, in 1990, the Norwegian constitution was changed to allow the eldest child of the monarch to ascend the throne regardless of gender. The change only affected those born in 1990 and later; as such, Märtha Louise was given succession rights but did not surpass her younger brother, Crown Prince Haakon, in the line of succession.

Tessy was formerly married to Prince Louis of Luxembourg and carried the title of HRH Princess Tessy of Luxembourg. The couple had two sons (Prince Gabriel and Prince Noah) and divorced in 2019. Tessy is now re-married to Frank Floessel, and they have one son, Theodor.