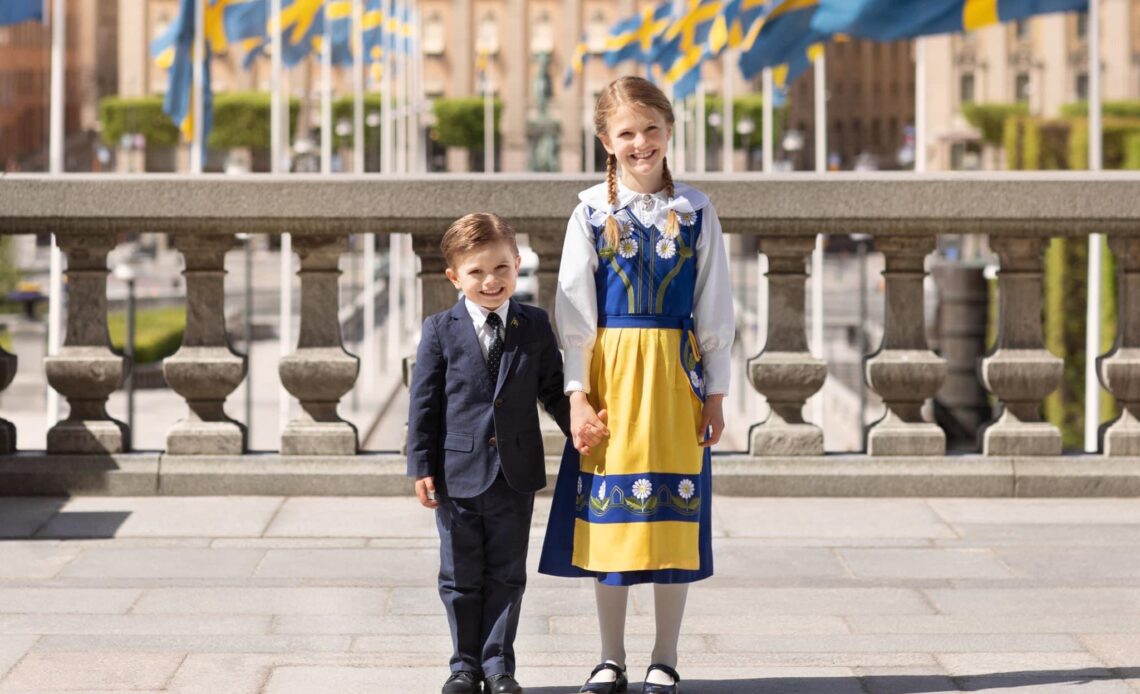 It has been a tradition since Princess Estelle was a year old to release a photo or two of her in Sweden’s national costume on the country’s national holiday. When Prince Oscar was born in 2016, he joined his big sister in the images.

The photo was taken by Linda Broström at the Royal Palace of Stockholm.

Two of the three photos are of Estelle and Oscar while the last photo is of the family of four.

Due to the COVID-19 pandemic, National Day this year is quite different. Instead of large celebrations across the country and the Royal Family’s attendance at various events around Stockholm, King Carl XVI Gustaf will give a speech from the Royal Palace on SVT1 at 20:00.

He and Queen Silvia have been residing at Stenhammar Palace in Sörmland since the outbreak began, but they will temporarily return to the capital for the holiday.

The traditional performance of Arméns stora tapto by the Royal Army’s band in the Royal Palace’s Logården will take place in the evening in the presence of the King, Queen, Speaker of Parliament and Prime Minister. This will occur after the King’s speech and conclude the day’s celebrations on SVT.

Crown Princess Victoria will provide digital tours of the Royal Palace on Facebook and Instagram of selected halls in the palace. The Royal Palace is usually opened for the summer by a member of the Royal Family, but the residence will not be open for tours for the foreseeable future. A tour video will be published each hour beginning at 10 am and ending at 14:00.

All videos will be available on the Royal Family’s website, as well.