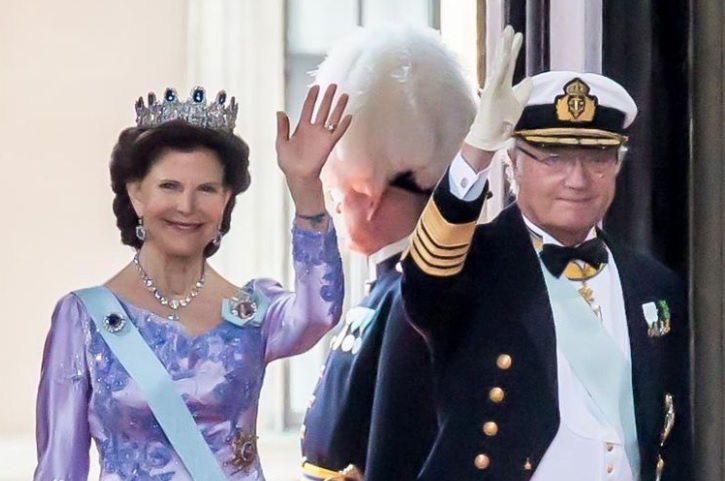 Among Europe’s royal families, the Swedish Royal Family owns one of the the most impressive jewelry collections. The Leuchtenberg sapphire and diamond parure in particular goes back to early 19th century and is said to have been a wedding gift from Napoleon Bonaparte to Princess Augusta of Bavaria, his stepson’s bride.

Josephine of Leuchtenberg—Augusta’s daughter—brought it with her when she married Crown Prince Oscar of Sweden. The Leuchtenberg set includes a tiara, a necklace, two earrings, which had been converted from hairpins, a brooch and another pair of hairpins.

The tiara consists of eleven sections, each with a big, rectangular-shaped sapphire surrounded by an oval of small diamonds. Each sapphire is set atop countless diamonds that form honeysuckle flowers and leaves. The tiara can be laid flat, and so, it can be worn either as a diadem or a necklace, which is one reason why it has become one of Queen Silvia’s favorite at official occasions.

One of the most recent occasions when Queen Silvia was seen wearing the splendid parure was at the 2016 Nobel Prize Banquet at the Stockholm City Hall.