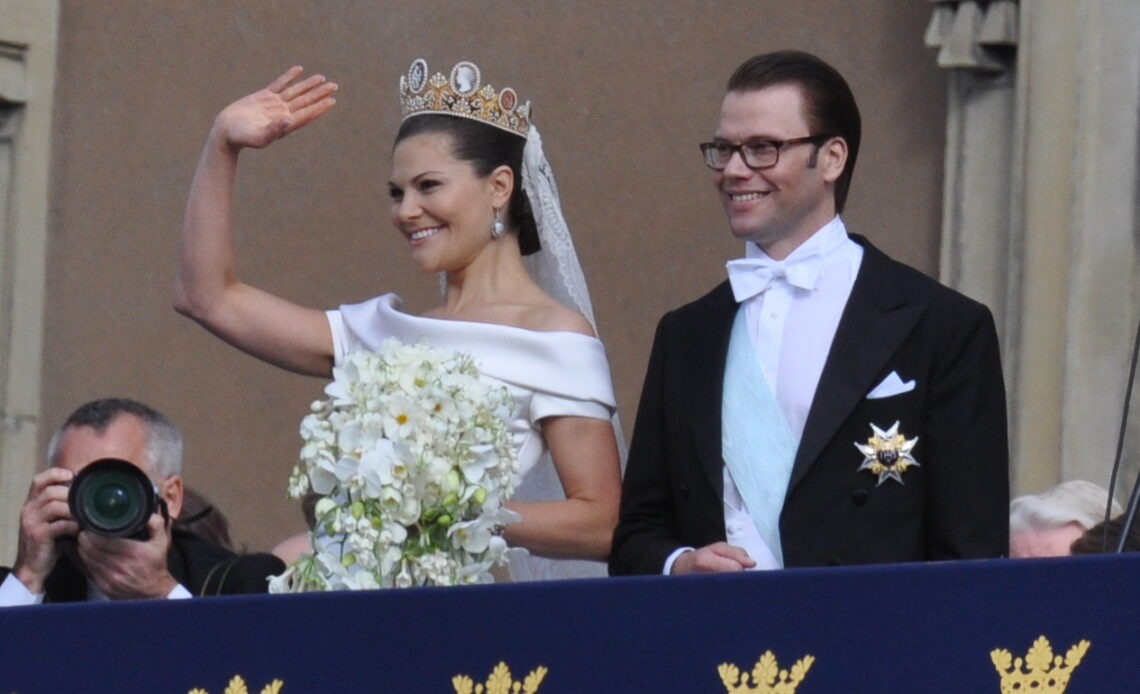 June is royal wedding month in Sweden and one particular date is filled with regal marriage memories. King Carl XVI Gustaf and Queen Silvia wed on June 19th 1976 and their eldest child and heir to the throne, Crown Princess Victoria, chose the same date for her marriage to Daniel Westling in 2010. Mother and daughter wore the same tiara for their marriages and selected cream and green blooms for their bouquets. But their wedding posies had plenty to tell them apart, too. Here’s a look at the wedding flowers of Queen Silvia and Crown Princess Victoria of Sweden.

Silvia’s bouquet included orchids and jasmine. Set in a medium-sized cascading posy, they were arranged alongside stephanotis and lily of the valley for a very traditional take on bridal flowers. Another tradition was also observed as Silvia’s bouquet contained sprigs of myrtle taken from a bush planted at Sofiero by Margaret of Connaught, her new husband’s grandmother.

There was plenty of tradition, too, when Carl Gustaf and Silvia’s elder daughter, Crown Princess Victoria, married in 2010. She also added the myrtle of Sofiero to the bouquet which she carried into the service at Stockholm Cathedral, exactly 34 years to the day since her parents had wed there.

However, Victoria’s bouquet was bursting with more blooms than the average royal wedding posy. The Crown Princess of Sweden chose to honour many of her country’s most famous flowers by adding them to her bridal selection and mixed them with favourites used at many weddings.

Victoria’s bouquet contained lily of the valley, peonies, roses and orchids as well as sweet peas, gardenias and clematis. They were mixed with cosmos, azaleas, the waxflower and bleeding heart while dicentra formosa, lilies and Marbacka pelargonium were also used. They were all arranged into a medium-sized bouquet which fell into a scattered cascade.

Both bouquets had all the airs of a traditional bridal selection about them while making their own individual mark. They remain royal wedding classics to this day.

There is lots more about these two historic royal weddings in our new anthology, out now. Royal Weddings, A Collection is on sale as a paperback and an ebook at Amazon.