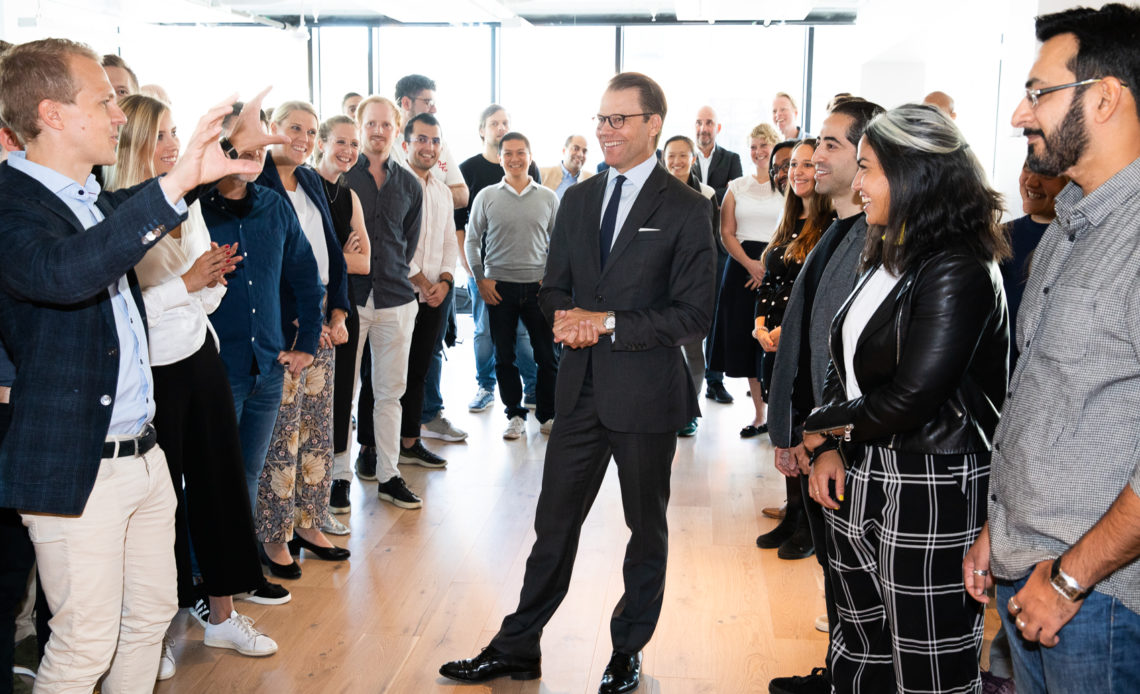 As a former business owner himself and a strong advocate for entrepreneurship, Prince Daniel surely had much in common with the professionals he met Tuesday in Stockholm at a startup generator called Antler.

The company supports motivated individuals who want to start businesses, and the Prince met with Anders Hammarbäck, partner at Antler, along with a group of entrepreneurs who are currently part of their generator programme.

Antler, which was founded in 2017, offers a programme for entrepreneurs who need some help in getting their idea off the ground. The six-month-long course includes guidance on financial backing, help with finding co-founders and contacts, and support in developing business ideas. At the end of the six months, Antler chooses a number of the best teams and offers them an investment in exchange for about a tenth of the shares in the company.

Antler has locations in Amsterdam, London, Oslo, Stockholm, Singapore, Sydney, New York, and Nairobi and has welcomed 450 entrepreneurs into their generator programme since its inception two years ago. From this group, 44 companies to date have been started with Antler’s support.

During his visit, Prince Daniel toured the Stockholm office and learned more about some of the entrepreneurs’ projects. One business idea he heard about was from Jenny-Ann Axson Johnson and Anna Sane, who gave a presentation about ​​an app to help women and couples with fertility problems.

“Many young people today refrain from starting businesses because of the fear of failure,” the fellowship’s website states. “It is against this background that Prince Daniels Fellowship was started. The goal is to create the conditions for more young people to dare to take the step of starting their own and to promote the development and growth of young entrepreneurs.”