Looking back at the christening of Prince Alexander of Sweden 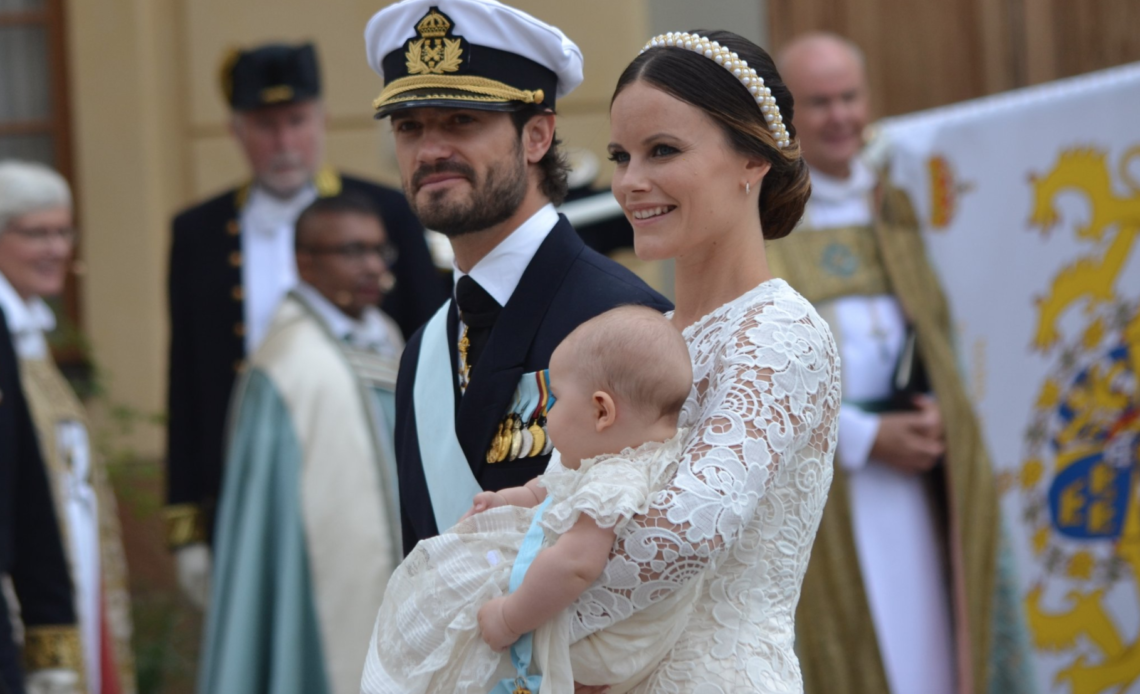 On a sunny morning on the 9th of September 2016, the first child of Prince Carl Philip and Princess Sofia of Sweden was baptised in an intimate ceremony. The christening of Prince Alexander took place at the Royal Chapel of Drottningholm Palace. In this article, I will be sharing my memories of this beautiful day as I witnessed the baptism in person.

On the 19th of April 2016, Princess Sofia gave birth to the Prince Couple’s first child, a little boy. Prince Carl Philip and Princess Sofia named their son ‘Alexander Erik Hubertus Bertil’. Next to being born as a Prince of Sweden, he received from his grandfather King Carl XVI Gustaf the title Duke of Södermanland. As tradition dictates, Prince Alexander was to be baptised a couple of months later.

On a beautiful day in September, I headed to Drottningholm Palace which is located just outside Stockholm. I remember arriving very early as I was determined to have a great spot. After waiting for a while, the guests started to arrive. Next to their immediate families, Prince Carl Philip and Princess Sofia had invited the godparents, politicians, Carl Philip’s former nannies, close friends and some of their staff. The christening was broadcasted live on the Swedish national television.

As is the tradition in the Swedish Royal Family, it was Archbishop Antje Jackelén, Bishop Johan Dalman and the Royal Court’s own pastor Michael Bjerkhagen who led the ceremony. During the ceremony, both Prince Alexander’s aunts Sara Hellqvist and Crown Princess Victoria read a Bible story. After his christening, Prince Alexander of Sweden had not only become a member of the Church of Sweden (an Evangelical Lutheran church) but was also gifted the Royal Order of the Seraphim by his grandfather the King.

After the ceremony was over, it was Prince Carl Philip, Princess Sofia and their newly baptised son who exited the Royal Chapel first. Little Alexander was seen chewing on his newly received sash of the Royal Order of the Seraphim. The couple, who waived to well-wishers and the press, were closely followed by the godparents of their son. The godparents included Alexander’s paternal aunt Crown Princess Victoria, his father’s paternal cousin Victor Magnuson, his father’s close friend Jan-Åke Hansson, his maternal aunt Lina Hellqvist and his mother’s friend Cajsa Larsson. They posed to make a group photo.

Then, King Carl Gustaf and Queen Silvia stepped outside the Chapel. At that moment, the first of 21 salute shots were launched from the HMS Kullen ship that was located on the waters around the Palace. Her Majesty did not expect this, and she was visibly scared by the loud bang which made the King and bystanders laugh.

After the group photo of the godparents, Crown Princess Victoria, who was carrying her son Prince Oscar, reunited with her husband, Prince Daniel and daughter, Princess Estelle to walk back to the front entrance of Drottningholm Palace. Prince Oscar, who was only six-months-old at the time of his cousin’s christening, was occupied by his shoelaces.

Princess Madeleine, her husband Chris O’Neill and their children, Princess Leonore and Prince Nicolas, were the next to pose in front of the assembled press. Both Leonore and Nicolas were holding their toy rabbits as they were safely carried by their parents up to Drottningholm Palace. The nannies of the children were the last to leave the Royal Chapel.

After all the guests had arrived at the front entrance of Drottningholm Palace, a private reception and lunch were hosted by the King and Queen. The guests had the opportunity to hand out their gifts and admire the little Prince from up close.

The Swedish Royal Court shared a video in which the highlights of Prince Alexander’s baptism are featured. You can watch the short recap below: