The Queen’s historic speech: the link to her beloved grandmother 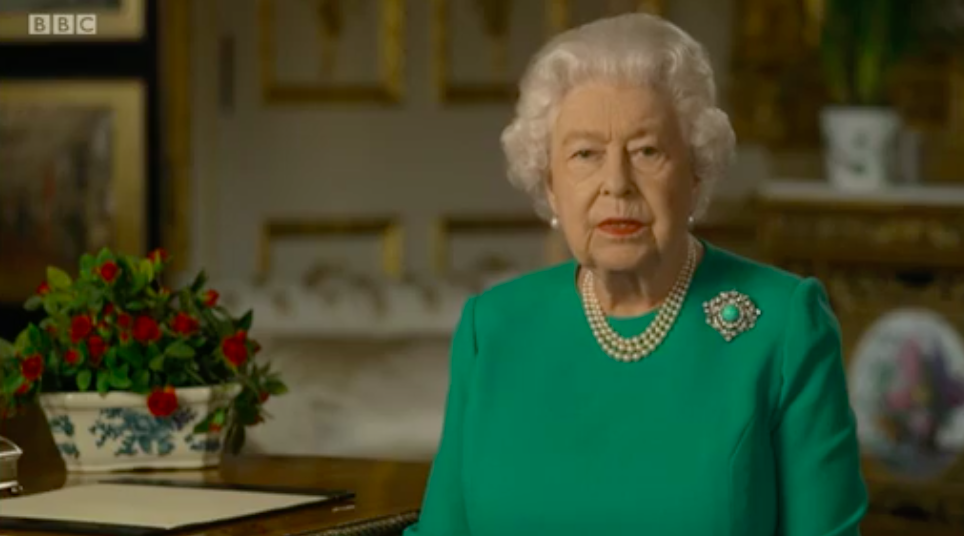 The Queen’s address to the nation, in the midst of the coronavirus pandemic, was filled with words that have struck a chord with many as Her Majesty put her people at the heart of her message. And she did it while taking comfort in the memory of a woman who played a significant role in her young life and preparations to rule – her grandmother, Queen Mary.

As a child, Elizabeth II spent a lot of time with the formidable queen and her husband, King George V. The bond was so tight that every morning, the young Elizabeth used to wave to her grandparents from her window as she settled down to breakfast. Queen Mary was a guiding force in the princess’ education and training as heir to the throne. So it’s not really a surprise that the Queen chose a symbolic nod to her grandmother for this most historic of speeches.

There’s always interest in the brooch the Queen chooses for her major appearances and on this occasion, she selected a piece with very special links to Mary. The turquoise and diamond brooch was a wedding present to the Queen’s grandmother and it links the two women to another generation of royalty.

For this jewel was presented to Mary by her parents in law, the future Edward VII and Queen Alexandra. At the time of the wedding, in 1893, they were still Prince and Princess of Wales as Queen Victoria’s epic reign continued. They would ascend the throne in 1901 with Mary, and her husband George, as two of their greatest supports.

The brooch features a large turquoise surrounded by diamonds. And as well as being a nod to the grandmother who guided her so much, there may well be another significance to the choice. For turquoise has long been seen as a bringer of good fortune.

It is just one element of a speech that has struck a chord with millions around the world. The Queen’s address was filled with praise for the people working so hard to stop coronavirus and to care for those affected as well as words of inspiration as we all face an extraordinary time. It was a message of solidarity and of hope and of perseverance, all lessons she would have shared with the grandmother to whom she paid tribute in one of the most significant speeches of her reign.