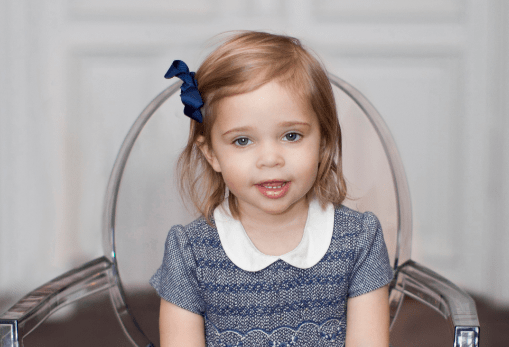 The Swedish Royal Court has exclusively confirmed to Royal Central Her Royal Highness Princess Leonore’s citizenship status. Whether or not she was a dual, or triple, her citizenship has been the subject of much debate since her birth three years ago.

After her birth in 2014, the Swedish Royal Court had said that her citizenship status was yet to be determined. Acting Communications Manager, Annika Sönnerberg explained then that Princess Leonore’s “citizenship is not yet clear.” No confirmation or clarification of her citizenship status ever came from the Court to the press until they responded to our inquiry yesterday.

This makes her the closest American in line to the Swedish throne. At present, she is seventh in line to succeed her grandfather, King Carl XVI Gustaf. She will move down to eight in line after the birth of the second child of Prince Carl Philip and Princess Sofia in September. To remain in the line of succession, she has to be christened into the Church of Sweden (which she was in June 2014), raised in Sweden during the majority of her upbringing and be educated in the country.

Her brother, Prince Nicolas was born in Stockholm in June 2015. The family currently lives in London where Chris is employed.