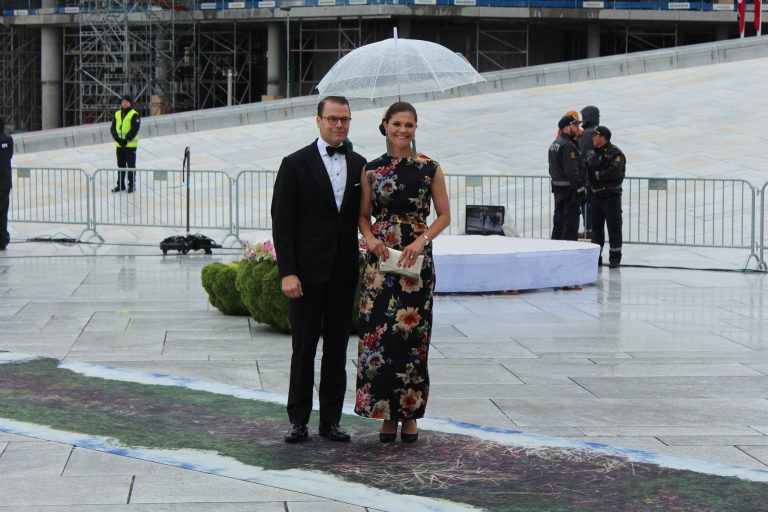 The program for Crown Princess Victoria and Prince Daniel’s upcoming working visit to Denmark has been revealed.

The Swedish Royal House published the itinerary on Wednesday, noting that this is a reciprocal visit to Denmark after Crown Prince Frederik and Crown Princess Mary of Denmark paid a working visit to Sweden in 2017.

The three-day stay takes place from 16 to 18 September and includes representation from the Swedish government and business sectors.

The Swedish Royal House notes that the Crown Princess Couple will be accompanied by “Lena Hallengren, the Cabinet Minister, and by a Swedish business delegation, led by Swedish Business Chairman Fredrik Persson” and will consist of about 20 Swedish companies.

Upon their arrival Monday evening, Crown Princess Victoria and Prince Daniel will attend a welcome reception at the Swedish Ambassador’s residence.

Their visit begins in full on Tuesday with a packed agenda that includes visits to the UN Village, the Danish Industry Summit, a reception aboard the HMS Nyköping, and another dinner at the Swedish Ambassador’s residence.

At the UN Village, Crown Princess Victoria and Prince Daniel will be joined by Crown Prince Frederik and Crown Princess Mary. The visit will coincide with the theme of “Innovation Partnerships with the UN to accelerate the SDG’s.”

Crown Princess Victoria will give a speech, as will Swedish business leaders.

Following this, the Crown Princess Couple and the Crown Prince Couple will attend the Danish Industry Summit, themed this year towards “Green Transition” to “discuss how companies, politicians and citizens can work together to achieve growth and sustainability to create a green future.”

Crown Princess Victoria will again give a speech, while Crown Prince Frederik will present the Danish Industry Prize.

Afterwards, the Crown Princess Couple and Crown Prince Couple will attend a reception aboard the HMS Nyköping, hosted by its commander, before attending a dinner at the Swedish Ambassador’s residence, where guests will include business leaders from both Sweden and Denmark.

“The purpose is networking and roundtable discussions on topics such as ‘The Green Transition’, ‘Modernizing Healthcare’, and ‘Transport and Infrastructure,’” according to the Royal House.

Crown Princess Victoria and Prince Daniel will also be shown the Green House, a showroom with Danish innovations and solutions to create sustainable, green products based on the principles of the circular economy, water, cities and energy.

Following the Business Forum, the two royal couples will pay a visit to the Øksnehallen for the Tech BBQ, a Scandinavian tech forum.

Crown Princess Victoria and Prince Daniel will then wrap up their visit and depart for Sweden from Copenhagen.