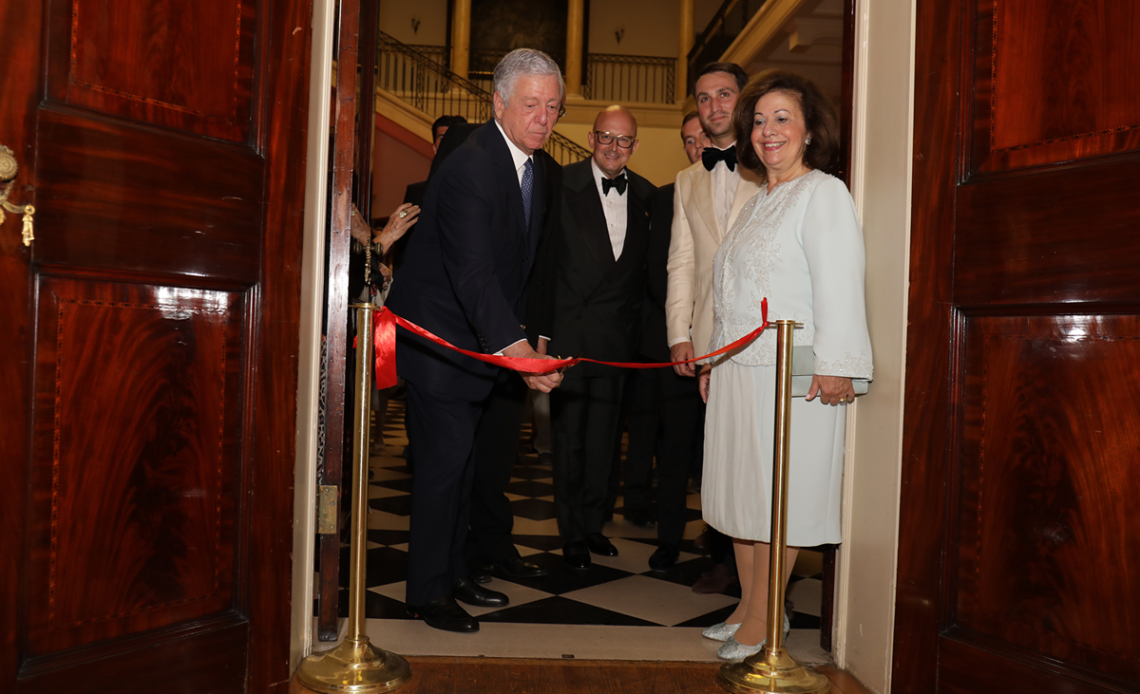 Crown Prince Alexander and Crown Princess Katherine of Serbia hosted the official opening of the three-day Generali 24 Hours of Elegance-festival on Monday at the White palace.

This year’s “Generali 24 Hours of Elegance” was held in cooperation with the British Chamber of Commerce, Jaguar, Belgrade Waterfront and the Serbian Alliance for Historic Vehicles and is dedicated to British luxury brands that are synonymous with top quality craftsmanship and craftsmanship details.

This year’s event also celebrates the eightieth anniversary of the only Grand Prix race that took place in Belgrade in 1939 and whose Patron was King Peter II, the father of Crown Prince Alexander. King Peter II, after whom the race was named, gave the Cup to the winner Tacio Nuvolari, one of the most famous drivers of the first half of the last century. After 80 years, on the very day of King Peter II’s birth, the Cup has returned to Belgrade, and as part of the “Generali 24 Hours of Elegance” event, was symbolically handed over to Crown Prince Alexander at the opening.

The exhibition “HM King Peter II – Making of a King”, marking the anniversary of his birth is currently showing at the White Palace. Among rarely seen photographs of King Peter II taken between 1923 – 1941, there is also a chance to see his first sabre which is displayed in Belgrade for the first time. A portrait of the king by Paja Jovanovic, which is kept at Oplenac, is one of the displays at this unique exhibition.

At the reception, the guests had the opportunity to enjoy coffee, before a gala dinner. During the dinner all exhibited items were offered for bidding at the charity auction benefiting the Crown Princess Katherine Humanitarian Foundation.