Who is Queen Sofía of Spain? 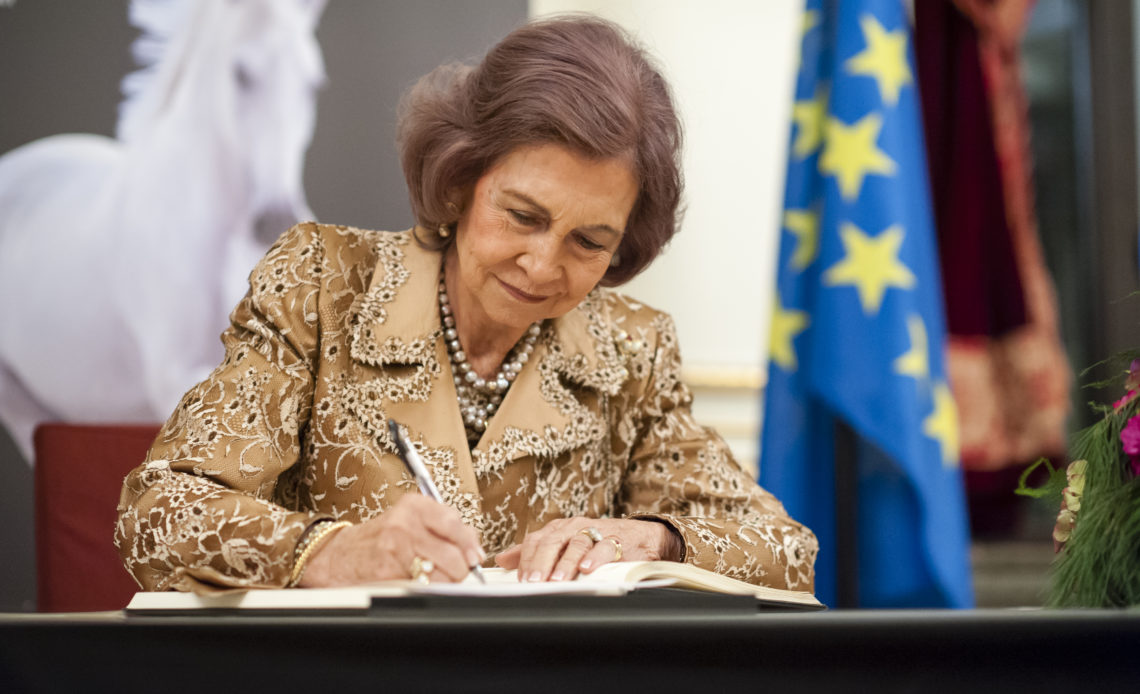 The person who we now know as Queen Sofía of Spain was born on 2 November 1938 in Athens, Greece. She was known differently at birth as she was titled Princess Sophia of Greece and Denmark, and her parents were the then Prince Paul of Greece and Princess Frederica, a daughter of Ernest August, a claimant to the defunct crown of Hanover. She was christened a few months later at the Royal Palace in Athens, and her godparents included her uncle King George II of Greece, Queen Alexandrine of Denmark and Queen Elizabeth The Queen Mother, among others.

Her early years were spent abroad as the Greek Royal Family fled their native country during World War II. The family stayed in Egypt and South Africa, where her younger sister Princess Irene was born and returned to Greece in 1946. Her father became King of the Hellens the following year when he ascended to the throne on the death of his childless brother, King George II.

The Greek Royal Family continued to grow with the birth of Sophia’s siblings: the now-deposed King Constantine II of Greece, born in 1940, and two years later by the youngest sibling, Princess Irene.

The then Princess Sophia finished her secondary education at Schloss Salem, a boarding school in southern Germany. Later, upon her return to Greece, she focused her studies on childcare, music and archaeology. She later had the opportunity to study in the UK, where she joined Fitzwilliam College, one of the constituent colleges of Cambridge University.

During the 1960 Summer Olympic Games, held in Rome, the young Princess Sophia of Greece and Denmark was a reserve member of the Greek sailing team. Her younger brother, then Crown Prince Constantine of Greece, was a member of the sailing team and received a gold medal as a result of his team’s performance.

Sophia first met her future spouse, Infante Juan Carlos of Spain, during a 1954 cruise hosted by her parents for royals from several nations. The official purpose of the cruise was to promote Greek tourism – as they visited several Greek islands – but it was rumoured that Queen Frederica’s true aim was to promote engagements between young members of different royal families. Both were also present at the wedding of Prince Edward, Duke of Kent in 1961. Sophia is the Duke of Kent’s second cousin.

Sophia married Juan Carlos of Spain on 14 May 1962 in Athens. Three ceremonies were held: one Catholic, one civil and one Greek Orthodox. Upon her wedding, Sophia adopted the Spanish spelling of her name and joined the Catholic religion of her husband. Sofía, who had been second in the line of succession of Greece, also renounced her dynastic rights.

At the time of their wedding, Spain was governed by dictator Francisco Franco who said that Spain was still a monarchy despite the absence of a monarch. It wasn’t until 1969 that Franco decided that Juan Carlos would succeed him as head of state, setting the way for Juan Carlos and Sofía to become King and Queen of Spain.

The union resulted in the birth of three children: Infanta Elena (b. 1963), Infanta Cristina (b. 1965) and the present King of Spain, Felipe VI (b. 1968). Together the couple has eight grandchildren.

The pair became King and Queen in 1975, upon the death of Francisco Franco. Juan Carlos then played a very important role as he made it possible for Spain to transition into a democratically governed state.

King Juan Carlos’s reign ended in 2014 with his abdication, and although he recently retired from public duties, Queen Sofía continues to play an important public role as she is now one of only three members of the Spanish Royal Family who still undertakes official engagements.