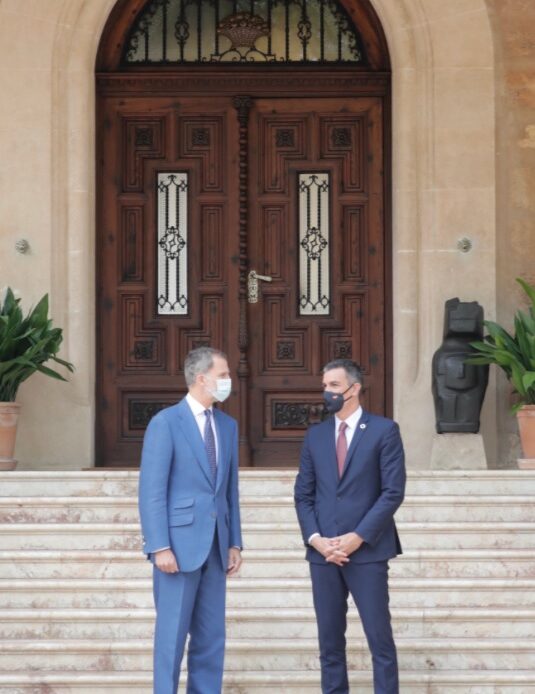 The Prime Minister of Spain, Pedro Sanchez, has said he is “open” to a constitutional reform which would remove immunity from prosecution for the Sovereign.

During an interview he gave to Spanish TV station,Cadena Ser, which was picked up by Europa Press, Pedro Sánchez Pérez-Castejón indicated he would give consideration to the move. Sanchez is leader of Spain’s Soclialist Party (the PSOE) and indicated that the constitutional reform would require the support of the centre-right party, the Partido Popular (PP), something that he feels is unlikely to happen.

The question came in the wake of continued debate around the finances of King Juan Carlos I, who is currently being investigated on various allegations of financial irregularity. Juan Carlos, who ruled Spain between 1975 and 2014, denies any wrongdoing. Spanish monarchs enjoy immunity from prosecution during their reign.

The interviewer also asked the Prime Minister why his party, the PSOE, hadn’t opened a parliamentary investigation on King Juan Carlos. Sanchez replied that some in the party fear others may use any such commission to start questioning the entire institution of the Monarchy instead of focussing on the actions “of one person”.

And Spain’s Prime Minister had nothing but praise for the current King, Felipe VI, saying that he feels sad about the legal troubles of Juan Carlos, ‘not so much for Juan Carlos himself, but for the current Head of State, Felipe VI, because he is “a great king” devoted to transparency, as well as an “austere” person who defends a form of practicing his “contemporary” condition of Monarch’, according to Europa Press.

King Felipe renounced all personal inheritance from his father in March 2020 and took away Juan Carlos’ official funding. The former monarch announced in August 2020 that he was going into self imposed exile in Abu Dhabi. Since then he has kept a relatively low profile although a new book, published in France in October 2021, included an interview with him in which he mentioned the possibility of returning to Spain.

It is unlikely that the constitutional reform that Pedro Sánchez alluded to will be brought forth in the foreseeable future.