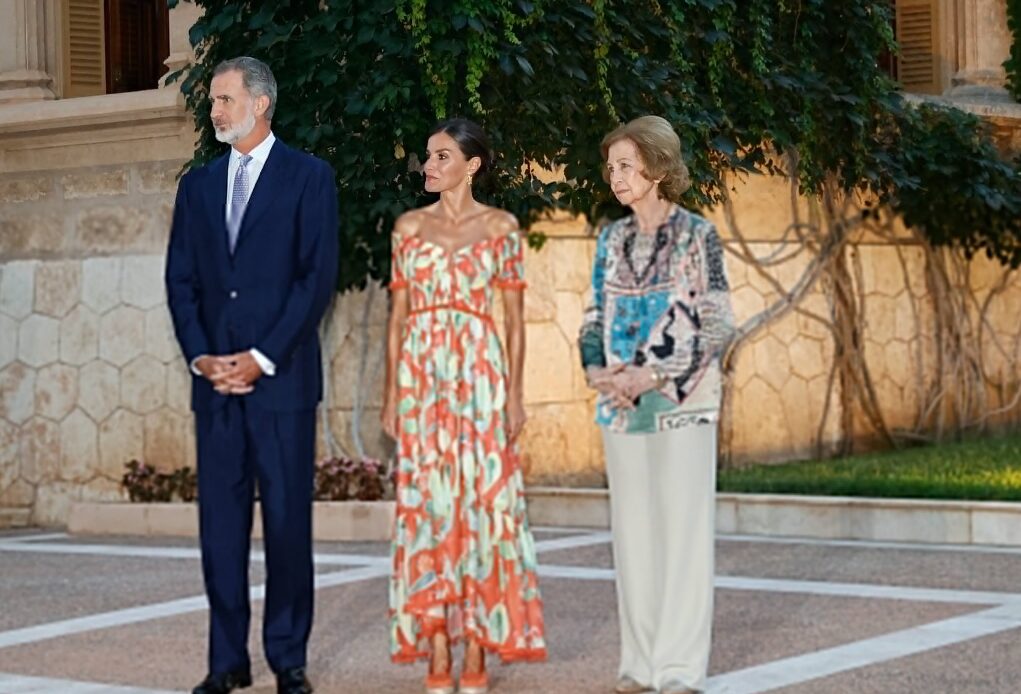 Queen Sofia of Spain has hosted a reception for officials in Mallorca as she makes as a rare public appearance.

Queen Sofia accompanied her son, King Felipe VI, and his wife, Queen Letizia, at the annual evening event for local dignitaries and representatives from across the island.

The Spanish royals traditionally stay on Mallorca at the start of August and the reception is part of their diary each year.

However, for the first time, King Felipe welcomed his guests to the Marivent Palace for the event. The palace is where the royal family stay during their time in Mallorca. Beforehand, the reception was held at the Almudaina Palace, the official residence of the Spanish royals on the island.

Queen Sofia, 84, joined King Felipe and Queen Letizia to shake hands with hundreds of guests before meeting some of them again during the main reception.

It’s the first time Sofia has undertaken a public engagement for several weeks.

King Felipe and Queen Letizia’s two daughters, Princess Leonor, 16, and 15 year old Infanta Sofia weren’t present at the event although they are continuing their stay on Mallorca.

Felipe VI will complete another royal tradition on Mallorca at the weekend when he presents the prizes at the annual King’s Cup sailing event.