King Felipe takes off his tie – to protect the environment 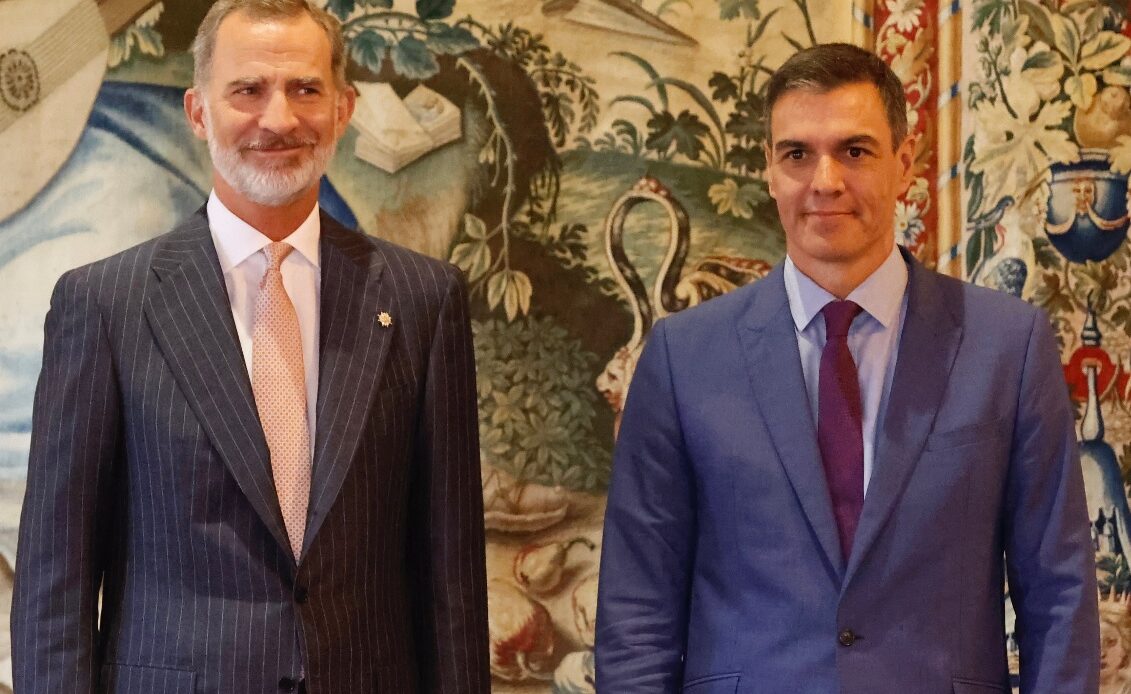 The King of Spain ditched his tie, briefly, to try and cut down on energy use.

Felipe VI removed his tie during an official lunch with the Spanish Prime Minister, Pedro Sanchez, in Mallorca, adhering to government advice. Pedro Sanchez did the same.

As Spain continues to deal with hotter than usual temperatures, ministers have told workers to remove their ties in the office so that they stay cooler for longer. The government says that should mean air conditioning can stay off longer, saving on energy consumption.

Protecting the planet is just one reason why this move is being promoted. There are also concerns over the rising cost of fuel across Europe as the war in Ukraine continues.

King Felipe traditionally meets with Spain’s Prime Minister at the start of his annual stay in Mallorca. The two men posed for photos before their talks, on August 2nd 2022.

Felipe has been in Mallorca for several days, visiting a famous tourist attraction with his wife, Queen Letizia, and their two daughters, Princess Leonor and Infanta Sofia.

On August 4th 2022, the King and Queen of Spain were joined by Queen Sofia for the traditional reception for leading figures on the island.