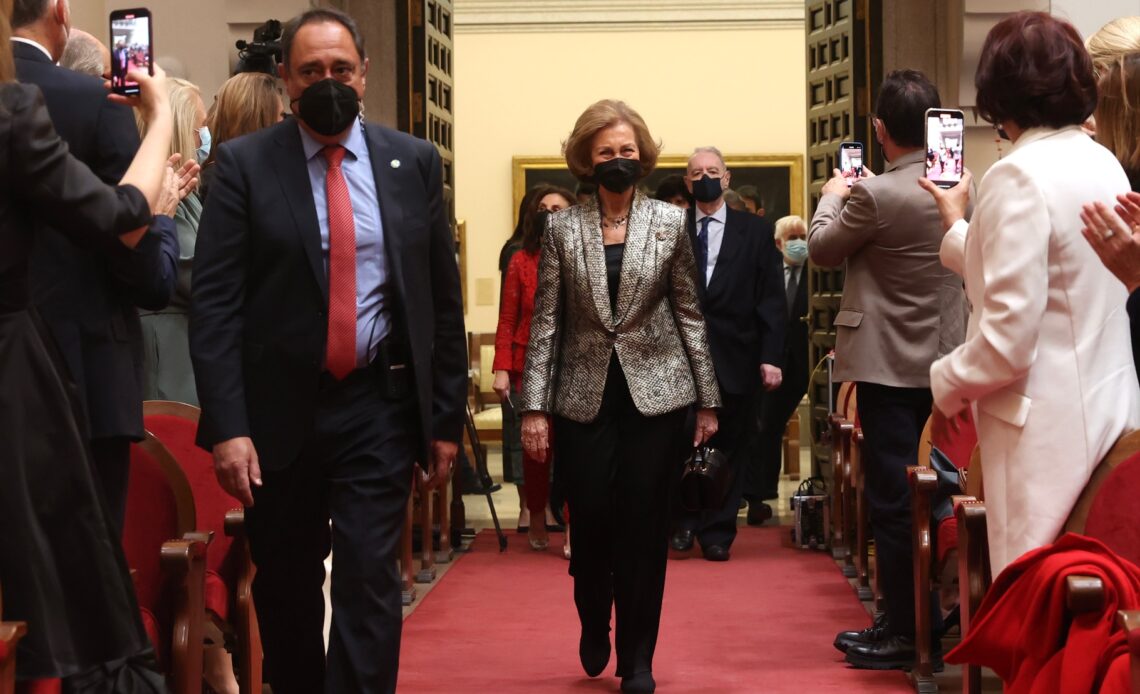 Queen Sofia has presented some of Spain’s most prestigious cultural awards.

On February 22nd 2022, she oversaw a special ceremony at the Royal Academy of Fine Arts of San Fernando, in Madrid. Queen Sofia handed out the prizes at the 2022 Ibero-American Patronage Awards of the Callia Foundation. Since 2019, Queen Sofia have been the patron of the organisation and award.

This year the prestigious award went to the American couple Jorge M. Perez and Darlene Boytell-Perez as well as to the Spanish-Galician Felipa Jove who is president of the Maria Jose Jove Foundation, established in 2003, which works on childhood and social inclusion through art, health, education and training.

The awards serve as a platform to promote equality in art, and each year the recipients receive a prize created by an emerging artist in recognition of their work.

The awards promote patronage and recognise those who share their life experience in order to inspire others through their example. They are of a charitable nature as they are used to finance the Conservation and Restoration Program of the San Fernando Royal Academy of Fine Arts Collection. Queen Sofia is herself a great lover of art, which is why she especially enjoys this event year after year.

Ahead of the ceremony, a representative of the Ibero-American Patronage Awards, said: “The figure of the Queen as patron is today more necessary and relevant than ever, for her work in maintaining and enriching the cultural heritage of a country and for having become the main ambassadors in the world of new artistic talents”.

Queen Sofia`s role in the royal family continues to be very active and she devotes herself to her work, trying to stay out of other family conflicts such as the situation with her husband King Juan Carlos or the recent controversies embroiling her daughter, Infanta Cristina and her husband, Inaki Urdangarin, who separated at the start of 2022.